Your experience on the Mirena or Jaydess coil? - Women's Health

Anyone had experiences on the IUD/IUS mirena or jaydess coil contraception? I want to get it but very worried about the insertion procedure and overall side effects.

Was getting it fitted painful? Did you experience any side effects on the coil? Any info would be a great help thanks! 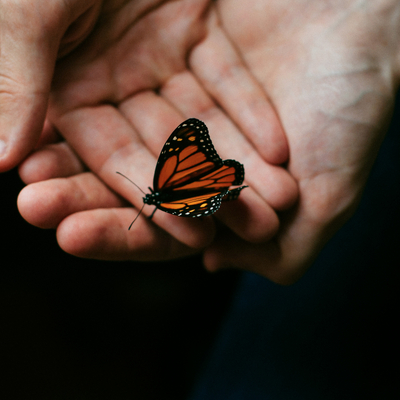 charlamagner0
To view profiles and participate in discussions please or .
Read more about...
12 Replies
•

I have the coil now nearly two years but it’s been absolutely fine and no it doesn’t hurt when inserted. I have had no problems with since I have had it.

That sounds promising thanks so much for your response ! x

2010 I had a uterus scrape and received plasma to make sure I didnt bleed too much. I had a Mirena fitted at same time under anesthetic. When I awoke I felt absolutely dreadful. I could hardly walk. Nevertheless they brushed it off that it was because of the aneathetic and would wear off.

I felt terrible and 10 days later got a terrible whole body rash. They told me I’d been given a non lethal virus in the blood and were still unconcerned. I felt so ill I know that if that blood was given to a vulnerable person it would be dire for them. But they were unconcerned. A few days later I developed an oozing sore like a cold sore at third eye on forehead. They tried lots of different treatments to get it to go. I could hardly walk to the top of the road. I needed looking after and eventually had to resign from my job. 8 weeks later after doing much investigation on the internet I wondered if it was the Mirena and prayed to God to get it out of my body. The next morning the Mirena naturally ejected in the toilet ! The sore started healing by the end of the day. They said I’d had a reaction to the progestetone which had caused a rare localised Acne Rosacea reaction ( it was like an oozing deep cold sore in the middle of my forehead that I was sure was going to scar.

Since then I have had every virus going including Shingles twice, Pityriasis Rosacea and then discovered from blood results through Open Access my Thyroid had been struggling ever since and I now need life long medication. I think something happenned during that procedure that killled my Thyroid and I have never been well since.

No doctor has reported any of these effects to the authorities they should have done. They are sexist and happy to mess with our bodies and dont look after you when there are bad consequences.

I think keep natural as much as possible x

charlamagner0 in reply to MichelleHarris

So sorry you had to go through this! Thanks

MichelleHarris in reply to charlamagner0

This happened whilst working in in NZ. I returned to the UK but have multi auto immune conditions now and career in nursing in UK finished on ill health x

I wouldn't worry too much about the insertion, it's not fun but doesn't take long similar to having a smear but would recommend a paracetamol before you go. In terms of the mirena I had it fitted for a few months while breastfeeding and regretted it so much, I honestly don't know who I was with it in I have never felt rage like it just impossible to control my anger. My husband also felt like I was another person, not sure my hormones have ever returned to normal but had it taken our after a few months before I ended up divorced! I have the non-hormonal coil now which has its own issues but I do feel like me and feel in control again. I googled the issues I had with mire and found so many horror stories all that sounded just like me but gps don't warn you about it.

charlamagner0 in reply to Clare184

For me insertion felt like a little cramp. I got bad anxiety the next days but then I had crampings and my body just pushed it out. Anxiety was gone, I felt it happening but i was in the toilet and I couldn't see it. Gyn's assisstent said it was not possible so I was a couple of days without hormones (which is a big problem for me because then I bleed out..) so finally I got an echo and one more day later a camera (histerecopy?). They didn't find it, I was right and i lost 1 Hb point of blood..

I had the coil first no problems. When I was due for it to be replaced they accidentally ordered the mirena - I agreed to it although didn’t like the idea of small amount of hormone. Had several mirena over the years no probs but I have prolapsed uterus (or something like that where it tips back) so can be hard for the less experienced docs to insert and remove but most times it’s quick. They’ll probably recommend u have inserted when u r due for period or around then when you are more open and relaxed down there - makes for easier insertion.

The coil I had no bad experience with it being fitted or afterwards, spotting that’s it.

The hormonal affect I’ve never experienced anything worse. I’m lucky that when I’ve felt down in the past, I can pick myself back up but I’ve been feeling so bad and down lately I can’t even bring myself to face the day. Called 111 tonight and they’ve called my drs to help get it removed quickly.

Really sorry to hear this thanks for sharing. I hope that you feel better now that you’re getting it removed. Take care

Thank you hopefully tomorrow is the day! If it didn’t make me feel this way emotionally it would’ve been the perfect thing

just had a mirena cool fitted to manage painful and heavy periods . What are your experiences? So...

to get this coil removed. Unfortunately she couldn’t get it out and after 2 tries (very painful) it

mirena coil for over 40s

years ago but made me very moody. Any positive experiences out there... many thanks
•
6 Replies

I had the coil fitted yesterday, I’m in a lot of pain still, I’m wondering what are other people’s...