Menopause practitioner : Hey! I am a... - Women's Health

I am a qualified healthcare practitioner for menopausal woman. I have recently set up an Instagram account to help support woman who are going through their menopausal journey. Not all woman are able to take HRT due to other health conditions or because they personally chose no to.

I am sharing my menopausal journey, as I have decided to try and go down the natural route. I want to use diet, meditation, walking, yoga, exercise, supplements and all things nature to try and manage my symptoms.

I only set this page up a week ago and the response I have had from lots of woman has been so over whelming. Asking for advice on all of the above, there really isn’t enough information out there and unfortunately GP’s are still offering the contraceptive pill or anti depressants to treat what clearly are menopausal symptoms.

I want to change this. I want all woman to have access to all of the choices they have. I want to stop menopause being the taboo subject it still is in this day and age.

I want to be able to help as many woman as I can which is why I am reaching out to let you know about my Page.

I want to get woman talking. Knowledge is key and if we can control the controllables then it might just make this journey a little bit easier.

51% of the population are female after all and will go through menopause at some time in their life. 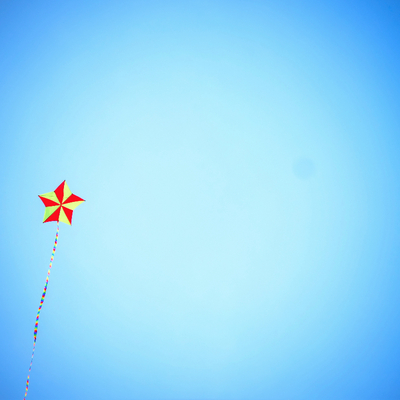 Janette757
To view profiles and participate in discussions please or .
Read more about...
16 Replies
•

Janette757 in reply to

Do you have Facebook? I have a page facebook.com/mindbodyandmen...

in reply to Janette757

Following! I have no idea where I am at with menopause, but better be armed with the knowledge before it comes.

Janette757 in reply to TwiggyL

Absolutely. Knowledge is key. The more we talk about it and share our experiences the better xx

Mum2twolittleones in reply to Janette757

Following your page Janette, I have been told I am going through Early Menopause at 40, I have a 5 year old and 3 year old, which i am so grateful for having been told this news. Thinking of it I have been Peri menopausal for at least 2 years, periods were heavy initially after i had my son then they went very light. My husband wanted a 3rd child but i was always content with two, I kept making a joke of my eggs being rubbish which was a fact, however it still came as a shock to have my blood tests confirmed for Menopause, my Mum said she was 50. My next step is HRT options as my doctor has advised i need to stay on this until i am at least 50 so for 10 years, as there is an OP risk. My Mums advice was take the HRT as she didn't and struggled, if anyone has any advice on HRT it would be great to learn more, thank you

Awe man, someone that cares...... hoorayyyy! My gp doesn’t know what’s wrong with me, quite frankly I’m sick of hearing this!

So 10 year ago I had my daughter, after which I started getting random palapatations, suffering from bad anxiety could be fine one minute then the next would be ill, can’t drive on motorways as my eyes feel funny! No idea what that was all about, anyway they kept saying bloods Wjere fine nothing they can do. Over the years it got better or I learned how to cope not sure which one. Then in 2019 I kept getting pains in my belly 3 months of beggin my gp to do something they kept saying it was a process of elimination and if they felt I needed hospital I’d be there! Any y a week later I got rushed to hospital and turned out I had several abscesses on my ovaries and in my pouch of Douglas. Resulted in a long stay in hospital. And lots of inteovenous antibiotic, I think having the coil had made the infection worse! Or so they tell me.

Finally for the forst time in years I felt like myself again! Fast forward a few months I got a endoscopy that shows I have inflammation on the wall of something I can’t exactly mind the medical term. Anyway they say just to wait and get another endoscopy in 2 years. 2 yee was ats running up to the abdomen case my prolactin levels where high! Very high more so closer to the infection, after that they slowly started coming back down! Still a bit raised, low progesterone levels, and raised crp levels. They say the crp aren’t raised enough to concern them but could be cause I’m over weight! In the last 6 months I’ve piled on 2.5 stone for no reason ouldnt say I eat more or less from usual. Palapatations occasionally one time they lasted for 9 days coming and going, hair falling out dramatically in then slowing down! Dry skin, red flushed puffy face, digestive issues, hormones are back to front, like get hungry after my period has been, it used to be before that’s how I knew I was due, and I’m back to thinking wtf is going on here. Last conversation my gp said there were mentions in the comments of menopause due to low progesterone levels. When I was admitted for the inteovenous I lost 2 stone in 4 weeks... also when I started getting ill last time my period went VERY light, like it arrived one morning and was finished by the next, when I was on the inteovenous they slowly started getting better and we’re going back to a normal period however I’m back to a light period, that’s last approximately 14 hours with hardly any red in the period... it’s like it doesn’t flow but when I go for a pee it comes away and it’s only what I can describe as small bits of red tissue down the loo, I should say when it starts it starts brown almost like when the mucas plug goes when pregnant.....

I should also say that I have extra chromosomes and was always told I’m likely to go through menopause early ages, 30’s and I’m now 36!!

Wow! You have been through the mill my love. I would definitely say you’re going through menopause. Have you recently had a blood check to see where your hormone levels are? If you have Instagram follow my page as I am posting things everyday on how to cope with menopausal symptoms. I will also be having guest speakers regarding relevant subjects etc HRT, CBD, diet, nutrition exercise etc x

I followed your Instagram earlier!! Have hormones checked the issue is my gp said they were fine! Prolactin was coming back down, so all was good, then spoke to him a few months after and he quickly went back over my results from previous convo and said something about low progesterone, I said but you told me they were fine...... so they had them checked again and again they were low and they had put a comment on about menopause ...... it is honestly driving me insane! As a young person that should be loving life it’s sadly not the case! And I have two kids which obviously I’m very thankful o had them early now 😂 or might not happen lol, I’m looking for natural ways to help, don’t fancy hrt I appreciate its great for some, but if I could just sort out the digestive issue initially that be great lol. I’m looking into purchasing and having what you have for breakfast!!!! Lol p.s you look fab for your age. P.s also have a smell of like old person urine that come away from me which isn’t very pleasant either!!!!

Hi, thanks for this. I just joined your instagram page. I'll be happy to see what I learn from it.It already looks informative.

I don't use Instagram, I'm 50, have not had a period for 4 years. So definitely post menopausal. I previously had the occasional hot flush but nothing else. However I had to have a hip replacement last September and since then my digestive system has been playing up terribly. I've been told that I had ibs, but it was never as bad as this. They found a 5cm simple cyst on my ovary in December. I get a lot of pain in that side. I don't know if it's connected. I've started wondering if it's all related to the menopause. I was on hrt for a few months but had to stop so I could be considered for hip surgery at short notice. So I don't know if it helps. I'm now on 10mg amitriptyline to see if it helps my stomach, but 2 weeks in and nothing has changed 😕It's really getting me down, I'm still off sick from work because I can't rely on my stomach. I can't go out walks because of it, and because of problems with my knee. I've lost weight which I can't afford to lose.

Any advice would be much appreciated!

Finally i found someone cares about us.. I choose to go natural but my doctor did not help me.. I am following you on Instagram thank you a lot hope I will find answers

Hi. So glad I stumbled across your post! I had bilateral breast cancer in 2017/18 and chemo pushed me straight into menopause. I am now on Anastrozole which is causing me no end of problems down below due to the lack of estrogen. I’ve been told by my oncologist they we could look at topical estrogen but as my cancer fed off the estrogen he’s a little apprehensive about giving it to me and to be honest I would rather avoid anything that increases my chances of the cancer returning. I’ve been using Yes vaginal moisturiser which is having some affect but I’m open to any other natural suggestions that doesn’t involve estrogen! Thank you 🙏

Anyone wishing to contact Janette757 should see the above link she has posted. She will not be posting further on Women’s Healthunlocked.

Commercial content or excessive self-promotion will be removed from the community.

Please see Women’s Healthunlocked Community Guidelines ( posted on the right of this page).

I am 53 yes old and have been on HRT since last March. I still have night sweats, not every night but I have also been diagnosed with Trauma which I have noticed that when I have nightmares I sweat as well .

I am concerned that my sweats might not be change of life but due to my Trauma.

Can taking HRT patches be dangerous if I am not in the change.?

bipolar , I'm now going through the menopause and my mood had gone down do much I can't get out of...

I'm not sure what is wrong I have been going through the menopause fr 7 years but just suffer night...

Hi All, I have posted before but not for some time. I am in the depths of the menopause and don't...

I would have the last 10 years back, I have not had a period for 3 months and took a menopause test...

Menopause getting too much

Hi Just joined your group I have been going through the menopause for Twenty years after a...
•
14 Replies