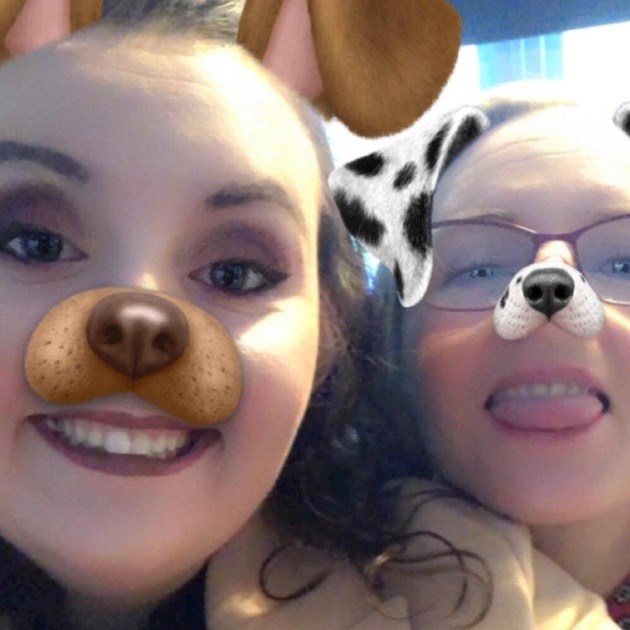 hi i'm not new to health unlocked but i am to this group, i'm michelle i'm aged 43 and just wondering if anyone can help. since about 2017 i've been having very irregular periods, i bled from christmas day in 2016 right through until the march in 2017. i was positive then that this was the start of menopause stage but all my tests came back normal and fine . so now 2 yrs on i have just found out that i am now perimenopause and borderline with my thyroid which isn't a problem. i have had lots of tests done and was at hospital 27th of this month for an ultra sound to rule out any fibroids and problems in the pelvic area. in the ultra sound they have just found a small cyst on my right ovary which i have been told will go away on its own . finding this out about the menopause has kinda put my mind at ease because as of late i have felt like i was going totally off my head . very emotional 1 minute and deadly the next , flushing i haven't had a period now since 20th dec and i've been very bloated and sore . i'm getting this weird jumping moving feeling in my stomach like a baby moving about and just wondering if anyone else had similar symptom. until i went to see the doctor on tuesday i never really knew much about the menopause and at 1 point i was scared as i didn't know what was happening to me as this has all happened very fast . i'm sorry for this long post x

chelle23976
To view profiles and participate in discussions please or .
9 Replies
•

Yes to everything. I'm 47 and been peri for a few years and I've had been through all kind of symptoms and when one symptoms calms down another seems to come along to take it's place. It's scandalous how bad I have felt at times.

I googled "peri feel like I'm dying" and loads of forums come up from patient. I read them and I don't feel better but at least don't feel like such a freak, because at times I have felt soooo bad that I literally thought something really sinister was going on x

chelle23976 in reply to Sasical

hi sasical i've kind of thought over the last 2 yrs that how i've been feeling was either menopause or thyroid . things changed for me in the last yr as i've lost alot of weight and started going to the gym and taking care of myself better . this has all hit me like a whirlwind and totally knocked me sideways . i'm glad that my bloods this time around haven't lied to me as i've known myself there has been something not quite right since around 2017 x i'm back at the docs next week to discuss my hrt treatment as i've decided to go ahead with it . i just want to go forwards with my life . at the minute i feel like i'm going back and i don't want that to happen as for the 1st time in alot of yrs i was feeling happy and confident but again just now i feel like that it's all been taken away from me ..

You say your thyroid is borderline, do you have actual results and ranges?

the doctor just said it was borderline and that he will recall me in 8-12 weeks to monitor it, he said at the moment it is nothing to worry about. he was more concerned with menopause as he said i'm still quite young .thyroid runs in my mothers side of the family . she has 8 sisters and all of them have some sort of thyroid issue . my mothers was removed when she was in her early 20's . menopause and thyroid have similar symptoms all he said was that i will be monitored .

That's good to hear that he will monitor, i have hashimotis that runs on my mums side too, im 44 and wondering if im perimenopause atm but tests say not however my mum was put on hrt at 45, i have been getting hot flushes on and off for past year but more recently daily and then waking me in night, also had a period in june that came 2 half weeks after just having one, which has never happened as ive always been regular, also have had increased heart rate, glad your doct is aware of your family history with thyroid, i too was borderline for awhile then in 2006 had the antibodies for underactive thyroid and was put on meds.

Tests for hormones are very unreliable. In fact you can have many different numbers in one same day.

My tests at the beginning came back normal but I knew this wasn't true because after a lifetime of regular periods I was now having 3 months without, then every 16-17 days and so on. When I last went to the gynae I hadn't had a period for 5 months and she did my yearly internal exam she said things were arriving to an end and I might not get any more periods, a week later I was on my period again...

Yes my periods have been regular but past 2 years quite light, 2 days and there gone, i also have noticed i dont get any cramping anymore and very little if any discharge, swear some months i dont even ovulate as i know my body pretty well, and know when i do, i get a little breast tenderness before period but this doesnt always happen either, so yeah i think myself things are slowing.

my doctor said that there is no need for medication for my thyroid just now with it being borderline . up until november 2019 i honestly thought i was getting my life back on track . started off i had a period in november then another 2 wks later . this with my period has been going on since 2017, i had and internal examination back then and found out i had a prolapse as i felt at times my insides were coming out .all my bloods came back normal yet again which is frustrating ,especially when you know your own body, you know yourself when something isn't right. this has all all me at the 1 time . my moods changed , i started flushing my heads like mush i really didn't know what was happening to me .my husband got me an appointment for the dr 3 wks ago because of the discharge i had the week before . started off with a bleed then this brown stringy discharge . i haven't had a period since 20th of dec and at 1 point i thought i was pregnant . can't be my husband has had a vasectomy in the last yr . test came back negative . i'm on the waiting list aswell to see gynae but i think the ultrasound i got on monday has ruled out everything i've been tested for. smear test came back fine aswell . so it's all just down to the menopause ,again i still can't get my head around it all though and this horrible jumpy moving feeling in my abdomen on the left side is very frustrating and driving me nuts especially at night bloating aswell coz i feel like i'm swelling up like a balloon i just can't deal with it all xhopefully once i start on HRT it will help . i'm taking multi vits and i drink green tea as i'm determined that i will not be gaining the 3 st that i have lost .

Thats interesting as i had some brown stringy like blob a few times late last year, which i thought was unusual it reminded me of the mucus plug you lose before a baby, i definately think somethings going on with me now on reading these, i have had weird sensations like twitching under my skin as well in random places like little spasms but they dont hurt and only last few seconds, will be keeping a diary of symptoms from now on and my endo doing more hormone tests soon, i just need an answer, so i can move on with treatment etc

I'm not sure what is wrong I have been going through the menopause fr 7 years but just suffer night...

bipolar , I'm now going through the menopause and my mood had gone down do much I can't get out of...

experiences when pre menopause, atm having hot flushes upon waking in morning, my last 2 periods...

pretty sure I'm in the menopause, hot flashes, no period for almost a year etc, the problem is I...