I had fibroids and I want to help fight ign... - Women's Health

Hi, I'm new here and want to connect with women who either have fibroids or are worried about the risks of fibroid growth.

I had fibroids for many years, the majority of them ignorant of the fact that I had them and thinking that my symptoms were 'normal'. I now spend some of my time helping to spread the knowledge about fibroid dominance so that women do not suffer in silence and take action to address the symptoms.

I'm happy to provide advice based on my experience and knowledge picked up so far.

Please no medical questions or queries about surgical procedures. I'm not a doctor just someone who paid more attention to my diet and lifestyle, which helped enhance my quality of life 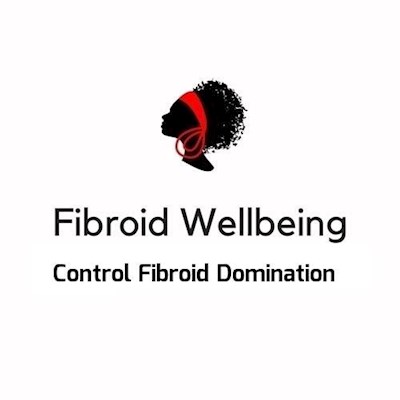 IyaboA
To view profiles and participate in discussions please or .
Read more about...
14 Replies
•

What were your symptoms?

Feeling very tired and run down (which I eventually found out was caused by anaemia).

Are you experiencing similar symptoms?

I have had a scan which has revealed a small fibroid on the right lateral wall of the uterus & back of the womb. I had a polyp removed from that area last year. What would your advice to me be? I have an appointment on the 4th to see gynaecologist. Any advice would be appreciated.

IyaboA in reply to Tinker777

Some medical experts will say that if it is small and there are no or few symptoms, to leave them be.

However, they can grow so start looking into what you eat, your lifestyle and what you can do to avoid further growth.

I have some more information on this in my blog:

Tinker777 in reply to IyaboA

Thank you so much for your advice

I was just diagnosed with a large 5.6cm fibroid. It was found during a nephrology ultrasound.

I'm disappointed my doctor never mentioned this as a possible cause of really bad periods and other symptoms I now recognize.

The doc's been fired, but I'm not sure what to do. I no longer have periods, I'm 51, but I'm crampy all month. Also, I have no idea how long it has been there...I was never able to get pregnant but never had a workup.

It's a mystery, but I feel a heaviness, and other discomforts.

The size has me freaked out a bit! I don't want to be playing up symptoms in my mind, but it all makes sense now, even the fatigue.

Good for your awareness efforts

bantam12 in reply to Kidney777

I've had a fibroid for as long as I can remember, it's over 6cm but Gynae Con is happy to leave it alone or if I choose to I can have a hysterectomy.

IyaboA in reply to Kidney777

Sorry to hear that your symptoms were not picked up sooner.

Unfortunately, this is not uncommon.

Have you had your iron level checked out?

That's the major thing to look out for as low iron can have other nasty side effects.

May also be worth giving a boost to your iron intake e.g. more green leafy vegetables

I wanna ask from u how you faced it about treatment and diet plan which u did I m worried from the time it is diagnosed kindly help me out.

MsLockYourPosts in reply to roost

I haven’t dealt with fibroids, but have learned, the hard way, that when something going on with your body just doesn’t make sense, and you are not getting answers from your doctor, to dump him/her and move on. Roost , find a doctor who will work with you to consider treatment plans, including possible nutritional Issues. Good things to have checked are your levels of Vitamins D and B, especially B12, potassium, magnesium, and iron. Don’t just supplement on your own! Find a doctor who will work with you to determine what, if anything, needs adjusting, and will then monitor things while you find the right dose for you, and will continue to monitor in case you need to make adjustments.

thank u so much

I’ve just had a hysterectomy due to a whopping nine pound fibroid. I thought it was all normal. The fact my belly was big, thought I’d put weight on, also thought the very heavy periods were a normal part of menopause, I’m 51, so thought I was going through it. Wasn’t until I went for a smear and the nurse struggled for a good half hour, and she thought I’d got a womb prolapse, that she suggested I see a Gynaecologist. Up until then I was totally ignorance of the fact of it being a huge fibroid.

Hi, I thought I would post as I'm looking for a bit of fibroid related advice...

I have been struggling with my health for 6 years (when I was 35) it started with fatigue and headaches then skin issues (tiny blisters on face and rashes on neck & forearms) then horrendous bloating, abdominal pain and finally crippling back pain. Fibroids were discovered (3cm and 5cm) but were dismissed as being asymptomatic as they were outside my uterus. After a lot of being messed around and overlooked by Drs, I was finally found to have "a large chaotic and bizarre mass", which was removed in 2019. It turned out to be a pedunctulated fibroid (growing outside of uterus) which had partially degenerated and then became parasitic, attaching itself to my bowel, kidneys, liver, pelvic walls, absorbing blood and nutrients to grow. It also had a huge blood filled cyst. The fibroid was over 13cm (other smaller ones were also removed). I was treated in an endometriosis centre as they thought it could be endo but none was found and pathology came back as a fibroid. The surgeons said they'd never seen anything like it. I had 3 months of GnRH analogue to put me into chemical menopause before surgery to shrink the mass and make surgery less risky. I had extreme menopausal symptoms with that- I could barely function (I didn't take HRT with it).

I had complications after surgery (severe anaemia and pneumonia & pleuracy) so recovery has been slow but I did improve a lot- back pain and bloating now totally gone. Fatigue has improved a lot- I could barely function before and now I can have a life. But, I still feel there's something not quite ok. I still feel sluggish, brain fog, poor quality sleep and pretty much every menopause symptom.

I also have days of extreme fatigue where I can hardly function at all- this is how I used to feel every day but now it's maybe a day every 10 days or so.

After the chemical menopause, my period returned and I am regular (though cycle length varies between 25 and 33 days and I was previously always 28 days. After the chemical menopause, the menopause symptoms never fully went away and since January this year, they started to increase again and my fatigue worsened. I paid to get a hormone profile done privately and my oestradiol was low and FSH high. I went to my GP who said she'd test my hormones but they came back 'normal' though I don't actually know what was tested and what the levels were. I thought this seemed odd given my symptoms and the private test, so I paid for another private check this month and my oestradiol is literally on the line between normal and low and my FSH still high.

(everything else is normal- iron, calcium, vit d etc).

My GP has prescribed me HRT- Femoston, which I've just started, I'm on day 5.

I have no faith in Drs after everything I've gone through and this is a new GP for me- I wasn't particularly impressed with her assessment of me (I first went to her with this right at the start of the covid outbreak so she's probably super overwhelmed). I have a few concerns and questions, which I'd love any advice about...

1. My history of having a very unusual fibroid and taking estrogen- I've read in the pamphlet that this is something to discuss with the GP- I brought it up and my GP had nothing to say about it and in the end I asked if I could be sent for an ultrasound to check whether I have any and monitor- she said she referred me but they won't be doing routine untrasounds under lockdown...so I am worried about this. Do you know how risky it is to take HRT if there is a history of troublesome fibroids?

2. I'm also wondering if I've actually been perimenopausal all this time- since my issues started 6 years ago. Could going into peri cause my fibroid (which was relatively small back then) to partially degenerate and then grow the veins to my organs to survive my body's reduction in ostrogen? Underlying all my health issues, could it have been perimenopause all along?

Would this explain why a short course of the pill a few years back totally resolved my issues for a while?

I'd appreciate any advice.

you, aimed at women in the UK who have experienced 'office hysteroscopy' - a procedure where a...

severe PMS, with symptoms that the GP's and Gynecologists have never come across. I'm 38 years old...

alot of dizziness n anxiety, I'm very low and depressed too, I know some women have a terrible...

reaching out to let you know about my Page. I want to get woman talking. Knowledge is key and if...

diagnosed with fibroid and doctor put me on waiting list for hysteroscopy. My symptoms are getting...