I cannot figure out why I am so needy during sleep. I am in need of a partner who allows me to be close and snuggle but I have a partner who doesn't like to be close and snuggle during sleep. It is the one thing we argue about and it has just about broken an otherwise wonderful relationship up. I'm curious if this is something I am supposed to fix in myself so I do not need that kind of sleep or if I should dump a great partner and look for one that meets my needs with sleep? He seems to think I can just get a teddy bear or body pillow to suit my needs. I seem to think if he loves me enough he would crave the same closeness that I crave. Or maybe I can see a counselor and get "fixed." 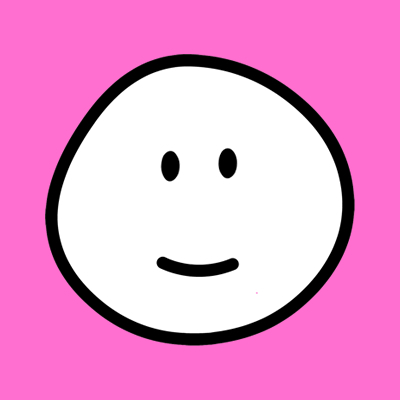 kittenhead
To view profiles and participate in discussions please or .
8 Replies
•

Gosh could I suggest a compromise? Can he agree to hugs for a certain period of time, half an hour/ten minutes or whatever, and then you let him get on with his sleep?

If that's not enough for you you could try a weighted blanket, they are very comforting also (and this might sound strange) you could hug yourself, give yourself a little massage to get the oxytocin response it sounds like you are looking for.

If this is actually the only thing you argue about then you could be placing too much importance on it, I know I couldn't sleep if I had to stay in one position and I'd be too warm to stay cuddled all night, it's nothing to do with how much I love/don't love my partner. I don't think you need to be fixed it sounds like a physical difference between you that you are turning into an emotional one because you are using it as a measure of how committed or loving he is. Other personal/physical differences, like someone who likes singing in the shower and someone who likes silence in the morning have to be sorted out with compromise so I think this one does too.

Thank you, well said. Yes we tried some compromises like that, I may have been selfish and pushed the boundaries too many times. I don't always need to cuddle to sleep, it to me 10-20 minutes before bed is not equal to 8 or so hours of not touching. I never felt the compromise was equal. I may have lost my best friend and best lover because of this one thing. I tried to cuddle with a cuddle buddy and it is not the same, I need my one and most important person to be there for me. Perhaps I could just go with the compromise and learn to be accepting that it is how it is and get what I can get.

I understand that using DEs are complicated, but I hope in sharing my perspective, it might give you another way to look at a perceived loss. I don't mean to diminish your feelings and I hope you're not offended.

As to finding out the gender I'm old fashioned and want the surprise. Half my friends have their babies named before giving birth, but I want that excitement in the delivery room. However my husband wants to know so we can buy stuff so I have some conviencing to do.

ask him what he doesn't like about cuddling. my man doesn't like it on nights that are too hot because he sweats in his sleep and wakes up feeling disgusting and hot. are you two regularly sexually active? maybe start our intimacy off with sex and when you're done just cuddling and talk until you two fall asleep together. let him know that cuddling is a form of intimacy that is just as important to you as sex is to him (if it is).

Thanks, yes I've tried to convey it is as important as sex and we have very good sex, the main reason I keep dating him is the sex is good, I'm worried that good sex and good cuddles are hard to get from the same partner. I also think he gets horny cuddling so he avoids it when either not a good time or we've already had sex so it doesn't cross his mind. I used to have a partner who was all cuddles but no sex, he was asexual and not interested. So now I'm living on the other end of the spectrum except my man is older so his drive is less.

if you cuddle up with him when he's already asleep does he wake up? or does he sleep in a way that doesn't allow you to even be near him? sometimes my man sleeps on his tummy and his head underneath the pillow lol and I can't find a way to cuddle with him. so I just hug a big pillow between my legs/arms or get thinner sheets so he'll be colder and want to cuddle you for warmth!! loll

I've tried the make him colder thing, doesn't work, tried sneak cuddling when he is asleep makes him wake up cranky and the he says why do I start these fights, when I never intend to fight. He is the one that gets super pissed when all I wanted was to feel loved and needed.

and the first time I joined any forum, but I'm in need and hope that someone here can point me in...

Do I have normal boobs

I’m hoping I grow out of it but what do you guys think? Is that a possibility? Cause my nipples...

What do I do now? Help me please!

probably gods way of telling me I need to get out of this relationship. Because God has been...

Sunday morning . I need your guys eyes and tell me if it’s positive or negative the top one is...

to googling for answers. Obviously passing blood during a period is normal. But, is it normal to...