Just been summoned to see my GP and feared the worst, as am never normally summoned. She explained to me that someone at the practice had been to a CCG meeting and Liothyronine was on the list to stop GP's prescribing. I have been T3 only for 4 years and tried T4/T3 but not so good on that combo, so stayed T3 only. I am stable and the blood tests fine (ie TSH suppressed of course, and FT3 in range).

I knew about this issue from reading here, but was not sure how many CCGs it was now affecting in the UK. I am in Penzance. Is it worth writing to anyone? I will probably do it anyway as I am upset, and it's the ONLY medication I take!

The only slim chance is that she will write to the endo who originally prescribed it to see if he will prescribe it instead, but I bet he's deluged and won't as it will just be the CCG passing the financial buck.

So now I will need to buy it, or NDT (never tried that). I would be grateful for anyone to contact me with details of the best supplier for T3. Would NDT cost about the same? (ie is there any mileage in me trying that instead for now?). 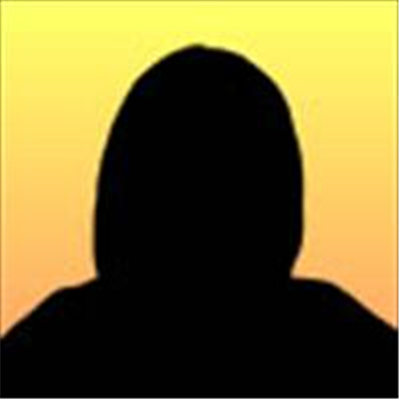 Agapanthus
To view profiles and participate in discussions please or .
Read more about...
27 Replies
•

I will send you a pm.

Thank you Ellismay I will do so. Also will write to the CCG for what it's worth....

Do you know how widespread this is now? I have lost touch.

Oh thank you for that link ellismay. I had not seen that, though I know there were some CCGs earlier this year who were refusing it.

Yes, I will certainly keep copies of all letters. I feel we are between a rock and a hard place on this one because it's not like some meds that have been cut, in this case the top Endos (sorry forgotten the name of the org.) have said that it's not a good thing for people to take, this plus the huge rise in cost which of course is the real reason for refusing it. So I cannot quote anything useful can I, other than it's been helpful for me?

Ask the GP to state in writing the reasons for the ending of the prescription.

I have had letters from ministers stating that medicines determined to be needed for a patient should not be stopped on cost grounds alone.

Agapanthus in reply to Treepie

Thank you Treepie. That sounds a good plan! Are the letters you have had specifically to do with T3?

My guess though is that they would justify it on the grounds that they (British Thyroid Association) do not believe that there is any research that justifies its use, and in fact they seem to believe it is actually detrimental.

Treepie in reply to Agapanthus

My letters to the MP and response frm the Ministers were just about T3 ,although I do OK on T4 I was annoyed by the way T3 was being denied to those who need it.

Agapanthus in reply to Agapanthus

Thank you Treepie. I will certainly try to write, but first I have written to the Endo who I saw 4 years ago who approved me taking T3, to see what his take on it will be, and if he is prepared to prescribe for me.

I hope you get somewhere fighting this, seems the CCGs are looking for savings anywhere they can. Which is crazy when the medication makes people so much better. I have heard of people having their B12 injections stopped too, if they have pernicious anaemia - it's not right.

PS I am in Penzance too, ME/CFS though, not hypo.

Agapanthus in reply to JayPer

Well fancy that Jean - I am in Newlyn, and actually also have a diagnosis of ME/CFS though maybe unusually I acquired that label many years after the hypothyroid diagnosis.

I have been working away on the ME stuff for some years, trying to optimise things, and that's how I ended up on T3 really! I guess you have seen the new research from the U.S. in the past few weeks which believes that we are in a state of being hypometabolic - seems to me that maybe I am therefore trying to fight this on a number of fronts.

JayPer in reply to Agapanthus

Yes, new research gives me some hope. But there have been "amazing breakthroughs" before, haven't there?! The hypometabolic theory does seem to explain the many different manifestations of the 'orrible ailment though, doesn't it? It surely must be autoimmune, as so many people have more than one in their collection, like yourself.

Thank you ellismay. Isn't the problem here though that there is not a NICE guideline supporting our use of T3? (perhaps there is one supporting use of T4, I don't know as I haven't checked this yet).

I haven't read this guideline cover to cover yet as it's quite long, but I did see for example on page 9 re patient guide to medicines, suggest that one of the guiding principles for medicines is that they should be 'evidence based'. Isn't this where this all falls down as I cannot quote that T3 IS evidence based (in their understanding of it anyway).

It is usually because T3 is expensive not because its inneffective. T3 is needed in ythe whole body.

Agapanthus in reply to Glynisrose

Unfortunately T3 is expensive due to the pharmaceutical industry hiking up the price.

... and the NHS being too lazy to source it from elsewhere as they are under the thumb of BIG Pharma.

Someone on Paul Robinson's FB site has just told me that they asked their GP for a lactose free one T3 and the GP agreed to prescribe it as it was half the price!! I am just asking for the name but you probably already know of it.

Oh right - you are in Cyprus I assume? Lucky, lucky! My son is visiting a Greek island so I am asking them to see if they have any T3 but probably too small ...

Have been in Crete since leaving Truro in 2004. No Greek island is too small to have a Pharmacy or three. You can order as many as your son can carry 😊

Right well I have asked him but I didn't know about this until yesterday so have just sent him an email as he just flew out there. Fancy that - Truro eh? I am near Penzance!

lolajone in reply to Marz

Is there a particular brand available in Greece?

Marz in reply to lolajone

It's the one often mentioned on this forum -Uni-Pharma.

Thank you ellismay. Unfortunately I may have to put this on hold for a bit, as I also have to help my son do his paperwork of DLA to PIP soon, but I will definitely pursue it and bookmark this.

It's difficult to argue effectively though as I have just had an email from my endo (who I emailed first yesterday) and who used to be happy to issue T3. He is no longer dealing with the thyroid, but is involved solely with diabetes. He says that he has a colleague who was involved in the biggest study of T3 research (I think I have a note on this somewhere) and I believe it came out very much against its use? Clearly my endo is no longer a fan of T3 then, and this study has rather done for us as evidence? Quite apart from the cost issues....

Agapanthus - best to see who financed the research saying that T3 was not an option. Sometimes Research is financed by Big Pharma but well hidden under the guise of a University Foundation. It would be helpful to know

I have so much on my plate right now that I cannot do anything about it for a few weeks as the other things must take priority. I was wondering what had happened with all the political stuff on here some months ago re this whole situation though? There was a lot of talk and I assumed that the thyroid charities were putting pressure on, but I am assuming that nothing came of it.

In the words of - Yes Minister - I think they are forming a committee to investigate. The government that is 😊

this is a very brief response because I don't have the paperwork in front of me but my endo says he has hundreds of people on T3 alone. He has written to me doctor quoting a European guideline on the use of T4 and T3 and assumes it applies to T3 only also....as I said I don't have the letter in front of me. Im sure some of you might know what European association this relates to.

I have now been in contact by email with my endo who no longer works in the same department at the hospital, but he has offered to get me referred to someone else there who has knowledge of working with T3 (my GP is supposed to be writing to him). I have now written to my GP to ask if I can still keep receiving prescriptions for T3 while I wait for an appointment. It would seem very unfair otherwise to stop my supply and upset my health.

argue like I've never argued before. It has taken me 35 years to get well by taking only T3 and...

to here and have just been refused T3 by my GP I spoke to someone from the CCG in my area and they...

Moving to Cornwall and afraid T3 will be stopped

have been prescribed t3/t4 for a couple of years now after a mammoth battle to get it prescribed. I...

GP has been stopped from prescribing my T3 and Clonazepam

However, he has been increasing it at my request over the past year. He has now had to write to...

reviewed my meds and said t3 cannot be prescribed due to ccg banning it here in west sussex. i...