Fibroids : I have been diagnosed with... - Pelvic Pain Suppo...

I have been diagnosed with fibroids I do not no how many or what sizes.I have a appointment soon.I have been through the menopause 6 years ago.but have started bleeding again.is this being caused by the fibroids does anyone no please 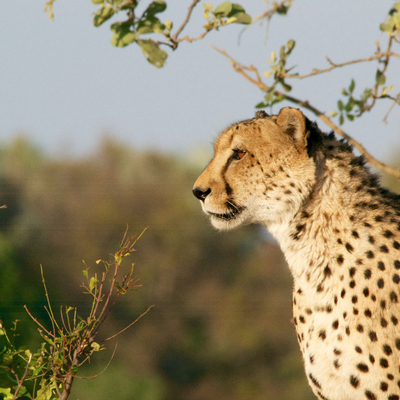 Wend61
To view profiles and participate in discussions please or .
Read more about...
31 Replies
•

Hi Hun, you can bleed quite heavily with fibroids and you can have quite a lot of pain at times too. Good luck for the appointment and please let me know how you get on. Please take care of yourself and try not to worry too much. Small fibroids can sometimes just be absorbed back into the body. Love and hugs to you xx

Thank you I will let you no how I get on

I have had period bleeds some very heavy with clots.and some weeks just spotting.and very painful.

Doctorssuck5 in reply to Wend61

Take a pregnancy test . Many women suffer with gyno problems but are actually pregnant even if they are on the pill & having regular periods . Happening more & more these days

Hi Wendy hope you can get those pesky things sorted out fibroids,polyps do cause those things and since you have been diagnosed and have appointment soon hopefully they will soon be gone. It can be worthwhile getting them to run an iron panel on bloods in case it's pushing you towards anemia.

Hi ive got fibroids last time they checked about the size of fingernail. It can cause bleeding even if just spotting they are classed as benign tumours. They supposedly are meant to come and go of their own accord. Also can be caused by rapid weight lose mine formed after losing 5 stone in 6 months on slimming world. Also unless they are very large the doctor will also do very little pain killers and ride it out i was told. Hope this helps

Hi I have had my results my fibroids are only very small and only a few of them.they are positive they will cause me no trouble. As I am still bleeding I have been given hormone pessoris and a chart to fill in Saying each time I bleed and how much.I do this for 4 months if no bleeding that is it.if there is any bleeding they will put a camera into my womb to investigate.

Hi Wendy, I suffered with bleeding towards the end of the menopause and at the time I was on HRT to help with the flushes and night time sweats. My bleeding was on the left hand side as the tampon was only covered with blood on that side. I was referred to a gynaecologist who did an internal examination with a probe. This showed in his words " a massive, massive fibroid". I had felt something sort of moving slightly on my right hand side so that made sense. He said to stop taking the hormone replacement immediately as he felt it was definitely feeding the fibroid. Are you on HRT at all?

Gloria_carr in reply to Lipsyl

Hello,lipsyl i was diagnosis with fibroid 3yrs ago they were small like half the size of your baby tip finger, but now that im 45 ive experience night sweat the slight discomfort of the rightside & im wondering about HRT ive heard of it but dont know what it is?? My periods has changed they will start out coming on light for 2 days then 2 days of blood cloths & the rest of the remaining 7days its just light blood sorry if this sounds gross. Im wondering if this is the fibroids or early signs of perimenal pause, i made a Dr appointment hope to find out whats going on these nightswests hot flushes driving me bonkers

astuti in reply to Gloria_carr

Hi Gloria, this is exactly what happens to me. got my CT scan result in it showing bulky uterus with fibroid. I have tried a different medication to treat the heavy period but nothing change. very scared if I have to do surgery. but my lower back is killing me.

Gloria_carr in reply to astuti

I know the feeling of the lower back pain but this pharmacist told me if you have any back pain & if you are not going to the bathroom like you should thats makes it worse i have kept that in mind & i have seen a improvement with me keeping my bowels regular (not trying to sound gross) the back pain is less intense!!

Tamta in reply to astuti

Astuti I am 41 and had a hysterectomy 2 weeks ago. My fibroid was huge and causing me to bleed heavly every month I use to have a lot of pain but when have have my son the pain stop and the bleeding increases. my back would hurt badly. I tried a lot of stuff over the years but nothing works. I decided to have the hysterectomy because i didn't want another child. I am recovering at the moment and sure won't miss my period. There are many other OP you can do but it doesn't guarantee to cure it. I did a laprospy 12 years ago to burn one from my overy and it came back bigger.

Hi, ive just come across this thread. Can anyone tell me how they knew had fibroid s? Im having very bad abdominal pain and periods are all over the place lately. Im 43 and can feel something hard which moves about from time to time in the abdominal area. My own Dr has suggested Endometriosis and referred me to Gynecologist ( which still waiting on). Can fibroid s cause pain, pelvic pain and frequent urination and constipation as well?

when i was your age i had bad period pains and lots of blood all the time.

the gynno examined me by feel inside and out and diagnosed fibroids.

i suppose it was the last of my menopause.

he advised a hysterectomy and 4 months later when my appointment come through, i was ok so i never got it all taken away after all.

when i was 64 i started with pains again and thought it was my fibroids.

the gynno told me my fibroids had calcified and to stop taking hrt.

however 6 years later and after many tests i still dont know positively what the problem is.

i have a constant pain in my left pelvis, sort of where i think my ovary is.

i've done loads of research and my best guess is that i have the start of a prolapse so i am desperately doing pelvic floor exercises.

can you relate to any of the symptoms i've had.?

do let us all know what your outcome is.

whatever they decide, do have a good think before agreeing to the knife.

just my own personal advice.

hi, thanks for replying to me. Sorry to read you went through so much. I do have pains in pelvis and alot of period pain even when not on period. I had 2 periods last month and they were not to heavy. Its the constant pain and feeling lump like things inside me that is worrying me now. I had a laparoscopy last November for gallbladder surgery and the surgeon said he couldnt see anything ( personally I dont think he looked), so its scaring me as well as to whats going on. Have had this pain since last year off and on

I didnt know i had fibroid until i went to my Dr. He referred me to a gyno. I was experiencing heavy bleeding & pain on my righside of my pelvis, & they did a ultrasound & i had to have a biopsy was so painful to make sure it wasnt cancer thank God it wasnt, but lately my periods have changed they come very light not even looking like a period then heavy for 2 days the remaining if the 7 days its very very very light going back thinking its either the fibroids or perimenal pause im 45 so it fits the profile hope this help u some

Thank u for replying. Im going to ask to be checked for fibroids as something aint right. Its not imagination that something moving in there

No you are not imaging this

Yes! See your gp as soon as possible,ultrasound scans show if you have fibroids x

I've recently been diagnosed with multiple fibroids. Im 43 too. My first symptom was a feeling that something was trying to bulge out of my bits....gp thought I had developed a prolapse and organised an appointment with gynechologist 2 months later. I then started to get lots of abdominal pain and back pain .... frequent bladder issues and chronic constipation but with weight loss. I changed doctors whilst suffering all these symptoms and my new doctor was really concerned so sent me for a siagmoidoscopy, camera up rectum.

I was put through to urgent list and was seen within 2 weeks, my bowel was fine but it's then the consultant informed me he could feel a bulky mass on my womb.

I was due to see the gynechologist who felt the mass and sent me for a trans vaginal ultrasound where they discovered multiple fibroids one as big as womb itself! I'm still waiting for follow up appointment, gynechologist do not have any sense of urgency regardless of their patients suffering.

I've missed a period this month which is very unusual for me but could be stress related as I found out about mass before Christmas but didn't have scan until new year.

I'm extremely frustrated as I've got so much discomfort but regardless of phone calls I've made I'm still awaiting a response and treatment.

The only fibroid that moves is a baby . How can a fibroid move ? Take a pregnancy test as drs love to lie

Hi ive just had an ultrasound and was told it looked like i had a tiny fibroid as i had some spotting a week ago and some pelvic pain but not alot and no heavy bleeding as periods stopped nearly 3 years ago. Does anyone know if they can go on there own as not to keen on having a hystoscopy ive not had anymore sytoms for a week ?

Loobyleigh in reply to Cam1962

Hi I've recently been diagnosed with fibroids, mine are larger than normal, doctor said up to 2/3 inches they don't do anything with them, mine are 4 inches, offered pill, coil etc which i refused. My symptoms are heavy periods with lots of clots (which are one of the signs), and cramp like pain on one side at my lower back around to my front down to my bikini line and i also get it down my leg, pain isn't every month and in between periods. Don't think they usually offer surgery unless it's really bothersome. 1 in 3 women will suffer them un life!.

I'm only 45 but going through the same, it's not nice is it? Iv just had an internal scan and been told I have a big fibroid, I have just received a txt from my GP asking me to go and see him for a talk I think, I hope your ok love x

of trying we have not been successful and now I think the fibroids have grown. Last year I was told...

persistently bloated after eating, even small amounts. Does this sound like fybroid symptoms?...

I'm 33 and just been diagnosed with fibroids. They said they are small but are causing heavy...

uterine fibroid measuring 4cm removed via laparoscopic surgery? I recently have been to an...

Have any males had successful pudendal nerve Décompression ...

end of novmeber i caught covid