agonizing over every word: Hello all, It’s... - My OCD Community

It’s 4:30 in the morning and my jet lag is in full nocturnal bloom. I’ve been courting the idea of posting for a while, but couldn’t quite break away from the comfortable position of anonymous lurker. But I figure I might as well squeeze something productive out of this jet lag.

Personally, I’m not too keen on the idea of diving into my “origin story,” but context helps, so here we go. My OCD first came to my attention at 11 or 12. As absurd as it sounds - and perhaps it’s the haze of distant memory obscuring truth - it felt like a switch had been turned on. Like it was all latent and predestined, and that what had always been within me just rose to my conscious mind, then and there, and in the simple course of a day. I woke up a happy child with a relatively happy childhood, only to go to sleep an entirely different person. Haunted. It was “a classic”: intrusive thoughts relating to harming others and losing control. The trigger on that fateful day was the film Patch Adams. I’ll always consider that day and that film as ground zero. It’s of course a lot more complicated than that, but perhaps my young mind needed something simple and tangible to understand and blame, so it chose that. You see, my parents were healthcare workers at the time, live-in staff at a residential home-cum-therapeutic inpatient facility specializing in the long term care of blind and severely developmentally disabled patients. I grew up there. My parents and I had our own quarters, but that did little for privacy or a sense of “normalcy.” However, the latter almost feels rote, a learned response in the interest of some kind of self preservation. But the aforementioned circumstances were my normal. They posed their issues, namely having friends stay over, but in general, I felt fine. These patients felt like family and I had fostered a sort of familial bond with them. In retrospect it’s highly unsurprising, particularly considering I was/am an only child. With all that said, however, I feel that I internalized my frustrations and pain regarding our situation (feeling not so “fine” after all). And this eventually crystalized within me - like a diamond formed within a deep-earth pressure cooker. And like an unearthed diamond, my OCD’s true, multifaceted nature had taken time to uncover. Its rough surface eventually polished to a garish and blinding luster.

Since then, my OCD has taken many, many forms. Its indecision and meandering course only breeding frustration and anxiety. What’s it going to be this time? Paranoid fear of becoming pregnant at 15 despite being a virgin? (This one led to my starving myself, with the idea being that my starved body would never be able to sustain a pregnancy.) Or what about hypochondria? (This one manifested in innumerable ways, punctuating my late teens and early 20’s with frequent visits to the ER, scans, tests, you name it). And how about now? So this leads me to what motivated this post in the first place...

Currently, I am suffering with “perfectionist” obsessions over language and communication. I couldn’t even begin to express the anxiety that preceded this post. Or ANY form of communication, be it verbal or written. Writing work related emails is when my anxiety is at its worst - I end up agggonnnizzinngg over every word. It’s actually bred a compulsive behavior around looking up synonyms to words. If I didn’t have my phone to constantly google words, I think I’d fall apart. The idea behind it all is that I’ve somehow sustained brain damage through the use of (prescribed and responsibly taken) medications. There are two crucial pieces to this puzzle, one, my coming off of Zoloft (which I had taken for over 6 years), and the introduction of Concerta (which I swiftly tossed due to an unfortunate “last dose” that skyrocketed my OCD and anxiety). I should mention that that last dose was the only dose taken without the Zoloft in tandem. Which leads me to believe that the Zoloft had functioned to offset some of the Concerta’s more undesirable side effects. Anyway, I’m now convinced that the Concerta has rewired my brain for the worse, and I’m left with a scrambled brain suffering from poor word recall. Mind you, I was only on 18 mg XR (for a total of 2 months). I did however, only take it as needed. Which perhaps wasn’t wise? It’s just that I felt that it was too much (or I guess too strong) to take on a daily basis. However, it helped immensely when I was on it (particularly with the Zoloft). I should mention that I went on this medication in the first place because of (disruptive) issues with concentration and motivation. Most people find the comorbity of ADD and OCD impossible, that there’s an inherent contradiction in their simultaneous presentation. Well, take it from me, it’s possible.

My next step in recovery is to reach out to a therapist and a psychiatrist. With the latter, I’d like to discuss going back on an SSRI, and perhaps find a more appropriate solution to my ADD. Perhaps a gentler medication? Maybe none at all if they’ll all inevitably impact/aggravate my OCD. With the former, I’d like to establish ongoing sessions, maybe even engage in CBT, something I’ve actually not tried before.

*Update: I forgot to mention that I am a writer, in terms of vocation and personal interest. Therefore, it’s no surprise that my OCD would latch on to the one thing that provides both meaning and financial security/stability. Typical.

So, in closing, I’d like to ask this: have any of you suffered with anxiety and OCD around communication? Particularly to do with perfectionism? And if so, how has it manifested exactly? And what’s worked regarding treatment?

I’m so thankful that these online communities exist, and I so look forward to “hearing” your thoughts and experiences. 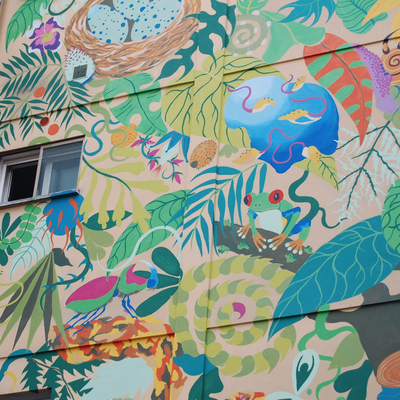 waltwise
To view profiles and participate in discussions please or .
Read more about...
3 Replies
•

Thank you for sharing, and you’re not alone. My neighbor and good friend had ADD and OCD, and I know others too with it soooo that is total BS that they can’t be comorbid because they can. Anyways, I struggled with communication (both written and verbal) and perfectionism and CBT/ERP worked wonders in combination with my medication. A lot of it boils down to avoiding prescriptions and limiting the amount of times you allow yourself to review and check things, by doing this you start to build trust in yourself. Eventually, some exercises for me was writing emails with mistakes, vulgarities and lies in them to my therapists as exposures... there are many ways to tackling this problem with CBT/ERP, and I know so many wonderful people who have struggled with this.

I don’t know you, and nothing is for certain, but I would put all my money on that your brain did not get rewired because of your medication or your situation. OCD is brutal, but it’s addressable.

Personally, I am in lexapro, Memantine, and Gabapentin... I don’t think Zoloft or Prozac are good for GAD or OCD, and tend to be more generic and/or more focused on depressive symptoms. Please talk to a psychiatrist and a therapist and the IOCDF has great resources. Also, definitely take the dose as prescribed in the future.

Let me know if you have any questions and it’s nice to meet you. Thanks again for sharing!

I can relate. OCD, that started as an appendage of phobias I've had since I was a child, sort of evolved over the years; this particular mutation that affects communication has been, for me, in the words of my namesake, "a gift...and a curse."

The curse: I'm in hour four, trying to respond to this post. With each attempt, I start and stop, my mind reeling the words back in and casting out again to diminishing returns.

Though it may be a distinction without a difference, I don't think it bothers me that my language is imperfect, but it does bother me that it is imprecise, so much so that it interferes with my ability to communicate in a timely manner. Unsurprisingly, in this age of instant messaging, I don't have many friends.

Not too long ago, I addressed this very issue in a comment on a different mental health forum. I hope you won't mind, but I'm going to copy and paste what I wrote at that time. (I mean no disrespect; I just know I'll be standing here, staring at my laptop for more hours on end if I don't):

"It takes me ages just to write a short message like this...in part, because of the way OCD permeates my thinking -- it makes it hard for me to get words on the screen, and sometimes harder to keep them there, as I revise them into an alternate syntax or out of existence entirely.

It's not all bad, though: I find this somewhat compulsive need for revision essential for writing poems. By revising, I can encode the tenor of feeling -- lately engendered by the distress of mental illness -- in the music of poetry. But my shortcomings as a writer almost always ensure that the feeling will be lost in translation."

And that's the gift part of it, I suppose. Not that I'm any good at writing poetry, but there's something in my mentally-disturbed DNA that drives me to do it.

I'm sorry I don't have any helpful suggestions for treatment. But I think you're on the right track in seeking out professional help to sort out what (if any) medications are in order.

Take care and be well.

Hello, there. I am also a wordsmith with OCD and anxiety. My anxiety manifests as procrastination; I fail to write because I "just can't find the perfect time to start". In the meantime, my nudges to write remain ignored and I continue to feel so much anxiety over unfulfilled potential as a writer.

Reading posts online is excruciating because I can't bear other people's typos! I feel enraged at their sloppiness and I judge them mercilessly! I am a 'grammar snob' and I cannot bear poor spoken or written English. (My job as an editor probably feeds this obsession.) I don't think that there are any ready answers to our problems, Waltwise, but at least we can take some solace in knowing that others share our affliction for perfectionism. We do not agonize alone. Take care. Sheila

Massive Anxiety At The Same Time Every Night

Every kind of OCD symptom imaginable-help

name is Lauren and I have currently struggled with OCD for over 20 years. I have intrusive...

Getting over an obsession

Has anyone else struggled to feel like themselves again after getting over one of their obsessions?...

what I’m seeking during this difficult period in my life. I’m 17 and was diagnosed with OCD only a...

Fear of losing my mind

for the past few years now, however I believe it’s currently as bad as it’s ever been. I once was...

How to coach someone out of excessive showering