Help me out here. He says that I remind him of his daughter, (who is older than me). He split up with his partner some time back so she’s not in the picture. After leaving the office, he stares at me whilst closing the door. After I say goodbye on Fridays he stands back and makes eye contact for a good few seconds. He has said so many flirtatious things which make me believe he likes me in that way, however when he says I remind him of his daughter it makes me think maybe he sees me as a daughter figure? All I know is that we are very close and we have known each other for 3 years. I’m doing a degree in university and for a joke I told him I was dropping out and immediately his eyes filled with tears. I do have feelings for him and perhaps he has picked that up, but I’m unsure where we stand. He keeps on that he’s a professional considering he’s my manager, but today I joked about his professionalism and he said “I do try to be professional but i usually fail”... what does he mean? I can apply it to our situation; flirting, intimate discussions and disclosing personal information... so possibly he was talking about us. I want some feedback please. 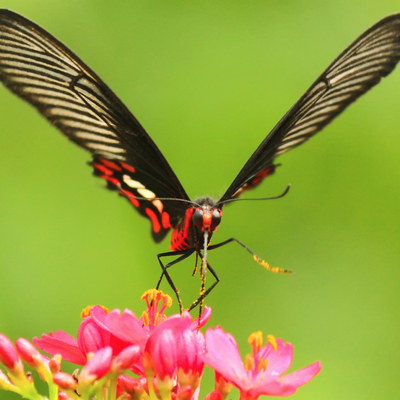 sissysam
To view profiles and participate in discussions please or .
8 Replies
•

There is obviously a connection there & the fact he said you remind him of his daughter, probably makes him feel protective of you. It’s a very complicated thing & people will misinterpret this.

I think he is referring to his professionalism or lack of - it’s not considered professional to discuss such personal things. Often by doing so we create a personal bond. Can I ask what your feelings are towards him?? I’m sensing you’re fond of him as this is clearly bothering you.

Be careful & remind yourself how easy it is to become attached to people we spend a lot of time with.

Are you both single? Men can be just as complicated as women!

Thank you for replying. And yeah of course, to be completely honest I am romantically attached. The way I have perceived him varies - sometimes I see him as a dad figure, sometimes I lay in bed at 2AM begging and praying that he wants to be with me.

I think he is single, I know he has spoken to his ex in the past few months and they are friendly still; but nothing more. I told him my boundaries before and I said that I hated it when he complimented my appearance, he used to call me “an attractive young lady”. In the past, he has backtracked and covered it all up and said “it’s all a joke”. I think maybe he is afraid of being unprofessional just in case it impacts his job? I am unsure. But all I know is that I really like him.

hypercat54 in reply to sissysam

Well if you really like him and you are both free agents why not get together? Be aware though if it all goes belly up in the future it will be you not him looking for a new job. x

I think it’s clear you really like this guy, perhaps the fact that he’s hinted at liking you but he’s unattainable, adds to that desire?! Maybe he is scared of acting on his feelings.

I had a friend who met this man at work & they had so much in common. They were so similar in their traits & were so amazing together. They had eerily similar connections too & they were really good friends. Sadly both were in unhappy relationships & both very moral so they tried to keep their distance. They both became very miserable & awkward around each other.

His girlfriend was jealous of their friendship & soon became pregnant. So again they stopped all contact & that made working with them very awkward.

They both left the job at the same time & she said he contacted her out the blue after 4 months but now they don’t have contact out of respect for his girlfriend. Relationships are so complicated & I have always thought it a shame that they never admitted their true feelings for each other. They were both so happy when around each other & they made a really good team. Could they have been a good couple ? Who knows! But I think it’s so sad that they can’t be friends because his girlfriend is so jealous of their relationship. They never crossed a line & wouldn’t, but two people who had a rare connection are now miserably out of contact.

So why did I tell you all that? Moral of the story is if you find a connection don’t lose it! I agree with the other reply, if you’re both single, go for it. You must be careful though as like Hypercat54 stated it won’t be him out of a job!!

I would suss out if he has a partner first. Good luck!

This situation is dangerous and something that could very well cost him his job and reputation. Your discussions of a personal nature between he two of you is a violation of professional and healthy boundaries.

19 is extremely young in my opinion to get involved with an older man but I know many do. I have watched "90 day fiance " and seen plenty of young ladies get involved with older men but even so to me it is very young and there is a huge danger that you are infact being manipulated.

What did you mean when you said you told him your boundaries and you don't like him telling you you are attractive??? And then you say you feel romantic about him? This makes me wonder ??

Relationships like this do exist yes but I think there are so many things you need to ask yourself.

Are you a vulnerable person or do you feel very self assured? Could you cope with any answer or consequences which might ensue from you trying to take this beyond a thought in your head?

This is in an extremely risky environment in that he is your manager and that would be considered abusive behaviour on his behalf in that he is in a position of power, though you say his feelings are reciprocated by you?

You would both need to leave your jobs if anything were to start in order to prove to yourselves that it isn't an abusive situation.

You would have to discuss this very clearly with him as a mature adult but I have an idea that your relationship with him may not be that mature and thought out??? (by either of you). Only you know the true situation.

We cannot fully answer your question as we are not you but there are some "red flags" namely the age difference and him being your manager though I do know that relationships like this can sometimes work if both are mature and there is a genuine intellectual and emotional connection there.

Be cautious very cautious I would say.

I have always had a thing for older men and he knows this. We have been close since the day we met.

When I say I don’t like it when he compliments me, I don’t mean it... I have bad mood swings because I have BPD and I say things impulsively just to upset people - without thorough intent, of course. I am mature for my age and I would never let anybody take advantage of me. He is my best friend.

He doesn’t take me seriously half of the time; he is aware that I change my mind and my fleeting thoughts swing from one to another within minutes.

He said “you remind me of my daughter when you do that”... he didn’t necessarily say I reminded him of his daughter in general, he just said it on a one off because I exhibit one of his daughters mannerisms.

Thank you for your feedback.

That's great. You clearly have a strong mind of your own and I hope it has helped talking it out

Trying to start over *trigger warning*

maybe my daughter would be better off raised by him and his mother. I cried in front of my daughter...

I am really really scared

without my reminder for my medication he wont remember to take his. I have to remind him to go and...

19 weeks pregnant and husbands ocd is stressing me out!

he gets angry and me. He says he’s worried about the baby and me but surely his behaviour is...

Im not sure what love is anymore.

But now he says im beneath him ):

Im not worthy to be with him. I'm stupid and...

Is it possible that my husband is directing his ocd to me.

driving. His medication was upped and it got better. He’s always been a worrier that’s his...

How’s everyone going I’ve not been on for months