I've been on steroid cream.

I've a very long foreskin. Retracts flaccid but very sore and tight erect. Doesn't naturally need to as so much skin. But if you see my previous posts you'll see my issues.

Ive been diagnosed with mild phimosis with a Very short frenulum. Applying cream each evening. Made no difference. I'm seeing the urologist again on 24th- circumcision discussion as he pre-empted if cream does nothing.

Ive heard a real mix bag about NHS circumcision. I had thought about private...I know Mr Khan in London is well thought of.

But heres the thing. It's NHS appointment but farmed out to Spire Healthcare. The Doctor Urologist looks to be one of of many years practice and specialises in all things Urology including circumcision. Do you think I'll get a great quality given this? Am I just lucky to get this private doctor on the NHS. No doubt a sign of being overwhelmed that work is farmed out this way. 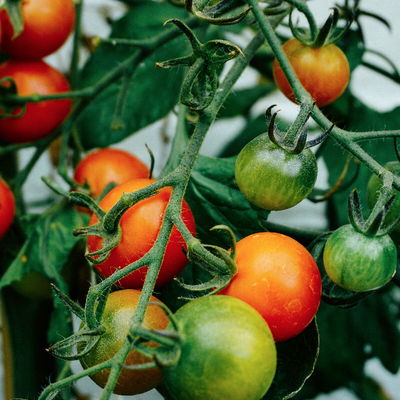 Jnt131
To view profiles and participate in discussions please or .
Read more about...
36 Replies
•

I had mine done by nhs 5 weeks ago and would probably have paid to go private if I could go back as nhs seem to do looser cuts but I’d have preferred the look of a tighter one and it’s harder to get back in touch with the urologist if you have any concerns after the surgery but either way you go, you’ll have a healthier penis after!

Thank you.Urologist told me I'd have skin left due to my natural antaonmy. I thought I'd prefer that.

Mubbles in reply to Jnt131

It’s all personal taste,I got a loose cut as I prefer the look,either way it’ll be an improvement on what you’ve got now,I have no regrets at all.

Jnt131 in reply to Mubbles

Good to know. So hasn't affected things for you?

Mubbles in reply to Jnt131

I’m 4 and a half months post snip and apart from some swelling of the inner foreskin everything has healed up and is pretty much fine.

I assume you are happy?

I went private, just simply because i didn't want to have to wait over 2 years on the NHS.

Where did go? Are you happy?

Another point, a lot of people mention the NHS waiting times but I first went to GP end of September saw the Urologist during October and procedure was done on 8th December so it’s not that long, the urologist said loads of slots were available in January and February if I wanted to wait so I don’t think it’s as long as people think, at least with this type of procedure!

You were fortunate. My GP told me it was a two and half year wait, and getting longer because of Covid. Maybe it is just Northern Ireland. I saw GP in August, referral made straight away for Private. Saw surgeon in September and operated on 10th December. I could have had it done at beginning of November, but for personal reason I opted for December.

Eek that is far too long to wait! I would’ve gone private too if I was told that sort of wait time…

Yeah, I was just thankful I had a private health insurance with work

roddythescot in reply to Anon202020

Waiting times vary widely across the UK. Unless the specialist sees the need for circumcision as urgent you may find that the job gets repeatedly pushed to the bottom of the lists to allow more urgent cases to use the theatre. Going private guarantees you the appointment at a time to suit yourself and that it will not be delayed - but of course you pay for that.

Another point you may wish to consider is that in mpst cases the NHS will insist on giving you a general anaesthetic, which can upset your entire system and also prevent you driving or doing some work for at least 24 hours (often 48 hours). A specialist private clinic will give you a local (which is perfectly adequate for an external procedure like circumcision) and you will be able to walk out of the clinic within 30 mins of the procedure; able to drive at once if you wish.

Yeah, I waited two months for mine and that was only because I had to skip the first available date due to family commitments

I am not a Dr. but from what I understand, circumsision is a very very easy proceedure for any surgeon. They can even be done in simple clinics.

You will be relieved of pain and problems 25 days after your circumsision. Go for it!

1) Circumcision is indeed a relatively easy procedure, but it's not like nothing can go wrong, and I think most people would want a urologist to perform it.

2) There are plenty of people with pain and problems months or even years after circumcision.

absolutely - Urologist , Surgeon and a professional clinic. I hope I didn't give the wrong impression. Thank you for making that clear.

Thanks for clarifying. The problem is that under UK law, no professional training is required to perform a circumcision. From London Child Protection:"There is no requirement in law for professionals undertaking male circumcision to be medically trained or to have proven expertise."

There have also been a number of cases where qualified doctors have been struck off for botched circumcisions.

Hello mate, I read your previous posts and thought I’d share my experience here. I had the same problem as you , I’ve seen your pics. I decided to go for full circ and had a private doctor who also teaches and works for the NHS , with respect to people who are not feeling happy or did not get the results they wished , what I can say is I am very happy , sex feels great, higiene a lot easier to keep, increased sensation of my glans ( specially with masturbating the glans and I have to say it has to be with lube as before there was no such a need but ejaculating for me is a lot more intense) I understand we are all different I had serious doubts before the operation but I’m glad I decided to go for it. Regarding your doctor try to find any reviews of his work maybe better to pay someone with good genuine reviews then risk . That’s what I did with mine. Good luck

Not the same scenario as you, but I thought I’d chip in anyway.I had a revision circumcision done at the London Circumcision Centre on 2/12/21. That was 2 1/2 weeks after I initially contacted them.

I was treated by Dr Nkwam rather than Dr Kahn, but I have to say he did exactly what I asked for which was to remove my frenulum and the big ugly scar that I’d lived with for the last 20 years.

For me the NHS wouldn’t have been an option because it was ‘cosmetic’, though I could have tried to play the mental anguish card I guess!

I was impressed with the service and the cost was affordable so if it does turn out to be a long wait I wouldn’t hesitate to go to them.

Wellbeing5 in reply to Shooz

Mr Nkwam is trained by Mr Khan and he does exactly same technique as Mr Khan does it.

I had mine done by Mr Khan, completely privately for cosmetic reasons therefore I didn’t go through the nhs. Very good decision I must say

All have different experiences but mine was done as an emergency. From initial visit to GP and to Surgery was two weeks.I wasn't given a choice as to type of cut but I am more than happy with the 'service' and the result. Would I rather have kept my foreskin ? Yes. But we can't have everything can we ?

Hey man, I’m on the waiting list for circumcision with the NHS, what was the reason for yours?

Have you noticed any loss in length or sensitivity?

OK, but have you not tried to save your foreskin with simple, self-administered stretching exercises? Saves a lot of agony, months of recovery,, along with naked, highly-sensitive glans that seems to drive guys crazy for months/years afterward. See:

Check out Novoglan, I did my circumcision 3 months and half ago, Everything feels worse and I don’t get the after effects post ejaculation, I feel indifferent

Zombiemember97 what do you mean by after effects post ejaculation?

From my personal experience before the circumcision I used to feel type of feeling of sleepiness and fulfillment after each ejaculation, after the circumcision it is my third month and half and I only feel the pressure of release but without the feelings above, I feel as if didn’t finish.Other than that the overall pleasure is greatly diminished and I have swelling below the glans area or skin issue of sorts

If you feel the above and don’t want to risk ruining that, I suggest to check out Novoglan they specialize in foreskin and male health

I had mine done by the NHS back in September 2021. Consultant urologist with 30-odd year's experience plus similar for the anaesthetist. No issues, other than the usual recovery period (I blogged the whole journey here - circ.blog )

Someone mentioned that the NHS always give a general for this op but I think it must be down to consultant/patient choice. I was given the option of a general or a local and went with a general. Recovery from that was good. Bear in mind if you're going to Spire they often use lighter/better anaesthesia than the NHS. My partner had a wisdom tooth extraction under general (dental phobia) at a Spire and had no ill effects whatsoever from it, compared to the NHS one she had for kidney stone removal which left her wiped out for a week.

Best of luck with the consultancy and op. The short frenulum thing can't be resolved with creams and stretching but there is the option of just having frenulectomy/frenuloplasty to see if it then enables easier retraction of the foreskin.

I posted this with an update and a query.

I paid privately and had it done with Nuffield Health. I didn’t want to wait 9 months for an NHS operation and the service I received was first class, albeit I paid a lot of money for it. If I had one criticism, it would relate to the lack of after care or advice on how to deal with the recovery. I almost had a breakdown on day 3 but thankfully have improved a lot by day 8. The sensitivity initially is unbearable but I tried to challenge myself each day and today is the first day with underwear. If you are suffering with hyper sensitivity, my advice would be to buy extremely tight fitting underpants and line the crotch with a covering of Vaseline. It has given me my life back. Yesterday, I couldn’t get dressed, today, I’ve been on an hour long walk!

have a traditional circumcision on the NHS. It's being done by a private urologist who is highly...

with Phimosis in early November 2021 i will be seeing a urologist in April and have circumcision as...

Circumcised in the UK?

Anyone else in the UK circumcised when young? It's not very common in this country so just wondered

my dr a couple of time I saw an NHS urologist who said that circumcision was the only way to fully...

Free circumcision on the nhs. If a guy desides to have his foreskin removed should not just be for...

Do you pull your foreskin back when you pee?

Right side Sulcus burning and sensitive to touch

Pain and no sleep