I removed the bandage today with great difficulty and there were a couple of stitches that pulled the skin resulting in fresh blood - Not dripping.

I was not able to remove all of the dressing. There was still some dressing fibres still on the wound and I couldn’t remove them without causing further damage to the stitches

It’s pretty painful and I am unable to walk with any underwear.

But today suddenly after removing the dressing it all feels so “wet” due to the cream and because I had to put oil to take the dressing out.

Does it get better ! I surely hope so…. 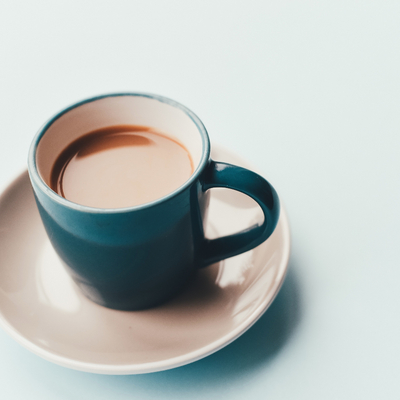 Phimosism
To view profiles and participate in discussions please or .
Read more about...
21 Replies
•

For me days 5-9 were probably worst. I've blogged my recovery here circ.blog - yes it will get better. I'm on week 4 now and I'm basically healed and back to normal

I have been absolutely following your blog from day 1! I feel like speaking to a celebrity. Thank you for your comment. Yes last 2 days have soo far been the worst with respect to sensitivity. I could see from your blog that on day 9 your sensitivity suddenly dropped. That was magical m sure. Hope to talk to you more in the next few weeks - and please continue with your blog! It t changes lives ! I have dropped a few comments there too as “Shaun” - not my real name.

You're very welcome, it's exactly why I started the blog. I remember thinking in the first week whether it would ever end and whether I'd get back to normal. Well, it does. A different sort of normal but there were points where if you'd told me I could just pull on a pair of jeans, go for a drive or a walk, sit at a desk, I'd have laughed at you. The body is a mysterious thing and having the support of others is really important as you go through healing. Everyone heals at different rates but most will go through the same steps as they heal.

I'm almost 3 weeks in now. Initially on the advice of the anaesthetist I was advised to take paracetamol, codeine and ibuprofen - think this was a blessing. I took paracetamol and ibuprofen for a good ten days, timed appropriately. Now only a couple of paracetamol usually at night. I was informed that the bandages would fall off themselves within 7-10 days and not to get them wet. After 9 days only part of a top layer of bandage had fallen off which concerned me. Upon contacting the doctor and seeing a nurse they advised to take the remainder off in the shower. This was a particularly quite painful and unpleasant experience but was happy to have done so as it gave me some relief and gave the doctor, nurse and I an opportunity to see how things were progressing. Upon examination again, I was prescribed 2000mg a day of Flucloxacillin for a week to help fight any possible infection as to be honest it looked a little messy. These finished last Thursday.

Still having a little pain around my glans and area around stitching. There are a couple of areas where weeping is noticeable as skin/wound a little "raw" and inflamed but not overly excessive. After applying a little savlon it eases slightly but turns a little pale/greenish yellow - my immune system protecting and still fighting any possible infection. There are slightly conflicting methodologies nowadays on wound care, some say let it dry out, which is difficult because of the nature of the wounds and area, and others say, add a little cream after cleaning with water as some moisture is required, understandably for wound healing and scar prevention. I remember as a young lad, it was - let the air into it after cleaning and try not to pick the scab! lol

Some days it looked like things improving and then it appeared I was taking a step back. However, there has been some drying up of skin and scabbing which has healed. The area near the base of the glans a little more problematical. Peeing straight is easier but still a little wayward at times!

They say the "dissolving" stitches should start to fall out with a few weeks.

Hope this helps in some way. All the best. Cheers.

I guess it depends on the surgeon and other factors but mine told me to remove the bandage within 24-48 hours. As it was, it fell off after about 18. He also told me to let the air get to it and to avoid any creams or vaseline. So very much in the "let it dry out" school of wound care. He is in his '50s so maybe that's a factor.

I was told 7 days before removing the bandage. Was one of the hardest things to do, felt faint, was scary as hell. I wet the bandage and as slowly as I could, removed the dressing and the gauze. I'm on day 14. These threads help alot.

Yep,it’s scary looking at what’s going on with wounds,scabs,blisters etc,it’s very helpful to get advice and reassurance from people going through the same things,I found this site a godsend when things looked very messy and painful.

Same, I came across this site after my 1st week. Was relieved to know other are out there on their journey. Can't wait to heal. Still a little bit of swelling but I'm too nervous to really examine how the stitches are going, that requires straightening the skin but im afraid to tear anything

It does also depend on the procedure used. Mine was done "freehand" by an experienced urological surgeon, no devices or clamps used. And the incision was under residual foreskin so not directly in contact with the bandage. The team told me the main function of the bandage was to apply pressure to the incision line to help clotting, and certainly my penis was tightly bound. Always follow the advice of your surgeon, not all circs are equal.

Just to add, I think my bandages were on too long, I'm not too sure. I was told not to get them wet and wait until they fell off. I started to get concerned when they hadn't after 9 days whereby I called the Doc. Maybe it has worked out for the best that way.

Thank you In my case they suggested the same to try and shower and remove the remainder bandage. I put some oil and tried to remove as much as possible but as I said there was absolutely no way I going to get those threads out without further damaging the wound - so I put the antibiotic cream (fusidin) on top in excess. ..

It looks messy now and I don’t know how the stiches or wound is to be honest as I cannot see them. All I see is white crest on the areas sutured.

Yes m using paracetamol and ibuprofen and judging the progress based on what I feel rather than what I see. I feel it’s healing alright. I can’t see it though.

Good long soak in a warm salty bath perhaps. From memory I did that on day 6. I found at the weekend that some pubic hair had been closed over as the incision healed. You don't want that to happen with the bandage so it might be worth asking for further advice if it doesn't resolve over the next couple of days.

Yes I had asked this when I was removing the bandage and it wasn’t coming off fully. They seemed too have said don’t worry it will fall off. But yes I might Google a bit and see if It’s a risk if the healed areas embed the bandage… I’ll give a call again tomorrow to be sure. Thank you

They said it will fall off when the stitches fall off. Right now it looks like the wound area has spiky white hair (. The bandage threads)

Yeah I had those up to about Day 21. Eventually the "tails" rubbed off in the bath. No pain or bleeding. This is how dissolvable stitches work - the body breaks them down so the bits outside the incision will always need manual removal. Usually they just fall off, I might have accelerated the process by, um, examining my erection

Definitely keep an eye on that, it could end up being a source of infection. You don't want it healing into the incision

I have had glue over the stitches added which is supposed to act as a barrier to water- also I feel that the stitches have healed - at least the top layer - soo hopefully can escape any infection. If there was no dressing issue I would have felt soo much relaxed. The reactions are not as painful and I have only taken 1 g paracetamol today and it feels good.

Btw when were you Able to check it out erect? Can’t wait to clean it with soap and water and check out how it looks erect- maybe a couple of weeks more!

3 weeks in but still have one particular area that doesn't seem to be healing too well around base of glans near incision, still weeping a little. Obviously difficult to keep dry during the night when some skin rolls back over the base. Has anyone tried a salt solution to help dry it out? I think it could be a bit painful!

Day 7 of circumcision and swelling and amount of skin removed might be less.

Also my skin still cover 1/3rd of my glans , so i m worried if doctor did not remove enough skin......

Pain in the swelling after 6 days of circumcision

since I have got circumcised. My first stitch came out today. Is it something to be concerned about?

30 days in and over the worst?

wrapping my Penis in gauze - GP’s did this also! Gauze sticks and damages the new skin trying to...

2 days post circ, dressing not off. can only see a swollen frenulum.

with how much inner skin was left. he dressed it and asked me to keep the dressing for 3 days and...

Worried with the cut

Tips for showering after circumcision?