Does anyone get blood in their urine?: Every time I... - LUPUS UK

Every time I get my urine tested, it shows I have blood. The urologist has checked and I have no kidney stones, he thinks it is something to do with lupus but rheumatologist doesn't seem worried by the blood and doesn't see a connection. Who do I believe? 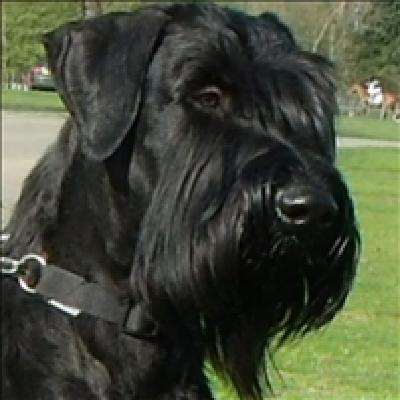 Yols
To view profiles and participate in discussions please or .
Read more about...
16 Replies
•

hmmm i have know that one i keep leaking potassium from my kidneys Rheumalologist doesnt seem worrried GP and another consultant do think its the sle again who do i believe but more to the point who is going to check it out. so know the feeling. by the way yols is your lovely dog a shnowzer ( i know i will have spelt that wrong.) ;-(

Hiya, yes he is a giant schnauzer called Hugo - am impressed you knew what he was!!

Its worrying for us, but I guess the rheumys think there are other symptoms that need sorting with priority. Who knows eh?

elsie321 in reply to Yols

awww giant schnauz! I love them.

We have a Russian Black Terrier and no one ever knows what she is - the closest we get occasionally is "is it a fat giant schnauzer?". Usually people think she's a labradoodle or ask if she's a newfoundland or something - none of which are even close!

Hello, I have just been investigated for this - all my urine tests showed some blood - but it was never visible and I didn't have any symptoms. All my kidney tests and an ultrasound didn't show anything. I had a cystoscopy last week which did show some inflammation - so I am on trimethoprim for a week.

The doctors like to find a reason for blood in urine, but protein in urine is more serious as are worsening blood tests for kidney function. I am not sure if the bladder inflammation is lupus-related but I'm seeing the rheumatologist in a couple of weeks so I will add that to my list of questions. Hope that helps to reassure you. xx

Binkey in reply to marypw

Do please add this to you list of questions,as will I.I have been there with this problem,but was not under reumatology at the time when I had my high protein urine problems and kidney stones,or perhaps I was because I am sure I asked the surgeon who operated on me if it was related to lupus.He did not seem to think so but was vague about the lupus syndrome.

Yes I have always had Blood and protein in Urine. Even years ago when I was pregnant I had Blood in my urine. Just makes you wonder if the lupus was there then.

I have blood in my unrine and protein I have been told I have renal failure caused by the Lupus.

I have had a number of kidney biopsy's as this is the only way you can really tell the kidney's true function.

I'm medicated now but using blood pressure tablets and fingers crossed this keeps me on the straight and narrow and as far away from dialasis as I can be.

If the blood and protein increase they should send you to a kidney specialsit to check your function.

Paula - What meds on you on please?

I have blood and protein in urine too and the function reading was 26 back in September.. The results of the kidney biopsy are being given tomorrow by the nephrologist and then I am seeing a lupus specialist too. Any information gratefully received.

Thanks for all your feedback - it is a comfort to know we are not alone and others have similar probs too. Best wishes to you all. x

Hi Yols, I have blood and protein in my urine and my rheumatologist referred me to a renal specialist. I had a kidney biopsy and it turns out I have kidney nephritist stage 4 but because I was referred so quickly it has been caught before it gets any worse. I'm on immunesuppresents, steroids, blood pressure tablets, water tablets and as yet there has been no improvement but its early days. I would ask to be referred to see a renal doc just to get everything checked out as lupus can affect any organ and its better to be safe than sorry.

Hope you get it all sorted soon.

I'm undiagnosed but yes, I always have blood and protein showing on dipstick tests. I've been treated for a UTI when I had no other symptoms purely because in a routine health check they noticed I had blood and thought it might be that. The UTI treatment unsurprisingly didn't make the blood or protein go away and nothing grew when they sent the sample off. No one bothered to investigate further because my renal bloods have been fine, but I have recently been wondering if those past dipstick tests were an early sign something autoimmune may be going on.

Got an appointment for a cystoscopy yesterday. For the last three weeks I have had visible and non visible blood in my urine. At the start of this episode until last week I was literally peeing blood. Toilet was a blood bath. Am now on my 3rd course of antibiotics and it is painful and my GP is conceened because of the SLE and APS. I was referred for the cystoscopy under the two week oncology rule but GP thinks its probably the SLE. Iam curious why this investigation rather than a kidney scan but will follow this thread with interest.

overnighthearingloss in reply to Bonnie39

If you are treated at a hospital where they have no real knowledge of lupus, they are attempting to find answers from text books at best. Its incredibly difficult when you are feeling torn apart to stay abreast of things. But try at least to note the names of the various individuals you are dealing with. Best if you have a notebook to jog your memory later. I have had so many doctors come up to me without even introducing themselves.

The good doctors are not usually afraid of announcing themselves.

A notebook also allows you to note down things the minute after they disappear, because you have remembered something else. And make a point of asking them the next they they appear.

It can also help you to make sense later of the train of thought followed.

Paula 1968 is correct. Blood in the urine should not be ignored but has many causes only some serious. In lupus, as stated, it can be difficult to decide how important abnomality in urine may be without a kidney biopsy (sampling of the kidney). Initially there are are simple tests that should be done, initially the dip stick but when this is positive the urine needs to be examined for red blood cells by microscopy, as these can be identified if coming from the kidney (as then they are usually dysmorphic, misshaped, and sometimes form casts)...... if dysmorphic or/and forming red cell casts it is important to see a kidney specialist rather than a urologist or as well as). It is also important to test for Protein (albumin) and if increased measure how much is present: the albumen/creatinine or protein/creatinine ratio). The level of kidney function (plasma creatinine or egfr) is also important looking for an abnormal level but especially if it changing (creatinine going up or egfr going down is an indication to move to more testing unless the change is very small). All tests do go up and down a bit and doctors should be looking for a trend which may need more frequent blood tests). With these tests it is possible to decide if a nephrologist is needed (as it could be LE kidney? or a urologist (as it could be stones, infections, cancer, etc). An ultrasound of kidney is another test that a GP may be able to organise if planning an appointment as it may show a problem needing a urologist but will not show Lupus kidney nephritis . Do not be put off as your repeat testing for blood in urine is usually positive and especially if red blood cells can be seen down the microscope (microscopy). I suggest you list the tests mentioned above and ask your GP if you can have the results to show to doctors in the future, including the rheumatologist at your next appoinmtment or to provide at an appointment with a nephrologist (kidney specialist). Having the test results will speed things up in the future if they are available to any specialist you are referred too. Provide the list and explain it was provided by an experienced kidney specialist...... It may be the GP or or rheumatologist urologist has had these tests already and considers that the problem is not due to Lupus ( tests should also have ruled out stones, cancer and other causes not within the kidney). As stated by other posts blood can be the indication of Lupus nephritis, and this can be serious but can be controlled in most people when found to be very active, and can be a risk for future kidney function ..... and so is important to find early.

In my opinion every patient with lupus (or other chronic disorders) should keep their own file of test results for future use (even if they are not understood by the patient) as it makes it so much easier for future docs to provide a good opinion at a consultation.

Were you ever 'on' Cyclophosphamide? It's only a thought but I was, about twenty years ago. I too had 'Blood' in my urine, what's called Occult (hidden) blood, that is only detectable by a Laboratory test. My Consultant wanted me to have a scan, of the bladder, as apparently Cyclophosphamide can cause growths/tumours about twenty years later. I DON'T recommend a scan, of the inside of your bladder- it f..king hurts- but it did, at least, rule out that possibility. In my case Nothing, was found, apparently it can just 'happen' sometimes- something else to 'keep an eye on'.

Hi, I have SLE, and frequently have blood in my urine. My platelet count is very low and it’s all attributed to that. It is not really noticeable but shows up when urine is tested. I wouldn’t worry to much about it unless it’s noticeable when you have to ‘pee’ x

does anyone else have sticky blood?

I have sticky blood because of lupus does anyone else? I got blood clots on my lungs about 18 months

Blood in the urine

constantly have blood in my urine but ct scan and blood test results were normal. Definitely not...

for RA but have not had the tests yet for Lupus specifically (it's only that RA doesn't explain my...

probably Lupus but can't get a diognosis until it shows in my blood work. I have recently been...

Does anyone get this?

Hi, does anyone get swollen ankles and feet with a rash? The rash can go up my leg just under my...