Well I started with chest pains and difficulty breathing a full 12 months ago now, My first CT scan showed a partial collapsed lung lots of grey shadows (Consultant said he didn't know what that was (?!)) and lots of white flecks and 'blobs'. I have since had two further CT scans and my chest consultant is happy to sign me back over to the rheumatologist for his care alone. I am still suffering with shortness of breath and lots of pain in my chest and back over my right lung. I had a distinct impression that the chest consultant thought that I was complaining about nothing so they put one of the oxygen measure 'things' on my finger and my resting oxygen level was 96, I then went a walk up and down the corridor and my oxygen level fell to 91 (which according to the british lung foundation site is pretty low). So, I am now going for a VQ scan-anyone had one of these?, incase I have blood clot(s) on my lung, if not then i'm back with the rheumy as the chest consultant doesn't seem to want to know!!

This is so not normal as I am so limited in what i can do before gasping for breath. I am so fed up with it all i really am, all I want it to be able to do things again. 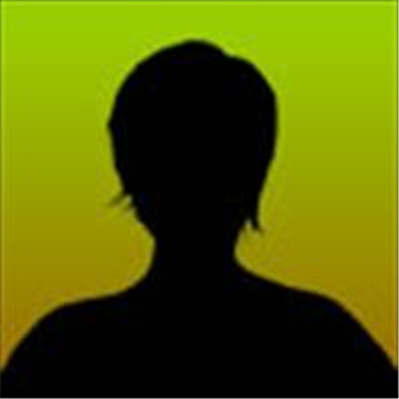 AngelaW
To view profiles and participate in discussions please or .
Read more about...
5 Replies
•

I had a VQ scan many years ago when I did, indeed, have PEs (pulmonary oedema) or clots on the lung. Do you have APS? That could obviously cause blood clots. Or it might be inflammation of the lung from Lupus (or I guess even Sjogren's) reducing lung capacity. Have you had spirometry tests?

I too am currently having SOB, fatigue, terrible brain-fog, balance problems etc. and am on low-dose steroids. Not sure yet what's going on: stress-induced Sjogren's flare-up; development of Lupus???? Who knows?! Work in progress.

Keep us updated and good luck. And Don't Panic!

Thanks for your reply. having had a quick look at APS and Sjogren's I don't think I have those. I have had two LFTs which show a lung capacity of 65%. I have an appointment with the rheumatologist i three weeks so I think I'll have to pick his brains as he seems to be the only one willing to give me his time. Take care yourself too, the fatigue gets much worse with the shortness of breath doesn't it. Angela x

Hi AngelaW, Sorry to here about your difficuly breathing I to have a similiar problem. In Jan 2012 I was diagnosed with Lupus after being ill with flu like symptons for weeks. At that time due to pain in my chest I had difficulty turning in bed and if I attempted to do small tasks I became breathless and felt as if I had been hit across the back with a plank of wood. Chest X-ray showed I had pleurisy which included a pleural effusion and partial collapse of the lower right lung. In March a lung function test showed I had a gas transfer problem which causes the breathing difficulty by reducing the lung capacity. My oxygen levels don't drop very much even when I'm short of breath, I bought an oximeter to monitor my levels, I think the lowest I've been is 95% but it will come up quickly to 98 - 99% Today, nearly 9mths later I still have breathing problems (if I exert to much effort) and generalised pain at the base of lungs and around the chest a recent X-ray shows a very slight improvement . It beggars belief that the chest consultant said he didn't know what was on your CT scan, surely a radiologist would have reported on it. My Rheumie keeps telling me I need a CT scan of lungs and referral to a Chest Physican but he keeps forgetting to arrange them therefore I,ve decided to pay for a private consultation to find out exactly what is on my x-rays and what is the long term outcome. Meanwhile I got some excercises off the internet which help to increase/improve lung capacity and these have helped a little. I do hope you get some answers from your VQ scan. Will be thinking of you.

Hi Beckside, thanks for your reply. I was diagnosed 6 years ago now and like you I just started with severe flu like symptoms and got my diagnosis almost straight away. I have kept relatively well until this flare up last year - on the plus side at least my hair is growing back now! I am on my second chest consultant, I refused to go back to the first after he told me all I needed to do was lose weight to be able to breath better! The chest x-rays taken recently by my new consultant show 'non-specific interstital shadowing'. My LFT also showed 'a restrictive pattern with a FVC of 47%' (not looked that one up yet). I hope to get a date for my VQ scan soon. It's wrong that you have to go private to get some answers, won't your gp refer you to a chest consultant? If you do go private let us know how you get on. I'll have a look for some lung exercises to see if they can make some difference. Take care and I hope you get some answers yourself. Angela x

I have just returned home after a 5 week hospital admittance. I started with

with Shortness of breath and every bit of movement felt like l'd run a marathon. To cut a long story short I had a build up of fluid around my heart and lungs which is called 'pericardal effusion' and i had to have the excess fluid drained from my heart via a tube that was inserted into my chest. Was a scary procedure as I was only under local anaestatic, but i made it through.

Then dialysis was used to drain the build up of fluid in my lungs. However through all this it was thought i had a cheet infection so have also been on a lot of antibiotics. So happy to be home now.

Exhausted, dizzy and out of breath

nightmare after only a few hours sleep and couldn't get back off as I felt so unwell with stomach...

and the back pain diminished and I can catch my breath. Marshmallow is suppose to help lung function

Anyone with breathing problems?

systems are like i'm forgetting to breath, and then start gasping, then sometimes just going...

getting palpitations and I am short of breath. I get out of breath walking around, or just sitting...
•
12 Replies

can only breathe through it when im asleep and my breathing is slower. I did have a chest infection