Has anyone had enlarged red blood cells and/or vi... - LUPUS UK

Had a routine blood test to establish baseline bloods prior to starting on Mycophenolate (I have a recent diagnosis of SLE overlapping with MCTD) and my GP called to say I had enlarged red blood cells which could be down to any number of factors (including lab error) but on next weekly blood test she wanted to include screens for thyroid function and vitamin B12 levels (both of which have always been normal previously). I read up on vitamin B12 blood tests and found that current thinking is that blood serum levels of Vitamin B12 are a poor indicator of Vitamin B12 deficiency and that other tests need to be carried out instead - as detailed in this letter from the Homerton hospital in London (see link). I'll wait to see what my blood serum B12 levels are but will be asking my GP to test further if I fall within the limits mentioned in this letter. Anyone else had MMA tested? 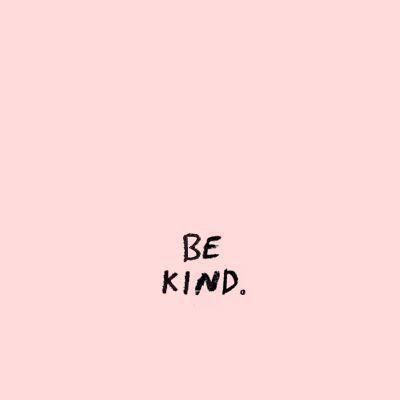 tcogb
To view profiles and participate in discussions please or .
Read more about...
12 Replies
•

I've had B12 deficiency and had weekly B 12 injection from my dr every week for a month then I think it was every month for 3 months I did noticed a difference with them I think I had more energy .

I also have large red blood cells. Have been tested and don't have thyroid problem and not anaemic. I am steroid treatment for polymyalgia rheumatica/rheumatoid arthritis so possibly something to do with that. My doctor doesn't seem particularly concerned.

almost had the similar condition as yours except diagnosed with enlarged red blood cells(megaloblastic anaemia) ,took vitamin vit b12 injections and folic acid supplements for almost a year and then later was diagnosed with sle. I also had anti TB medications for extrapulmonary TB ,so that can also be cause for meg anaemia. So please check if you had any prior med..

when i was first diagnosed with sle,i'd low TSH hormones,low calcium levels,high cholesterol,abnormal blood counts,with extrapulmonary TB .urine albumin ++++,strong positive ANA tests.So,dont worry im also taking MMF which started working out for me only after 1-2 months after my acute phase of lupus nephritis.Please be hopeful ,you just have to give MMF some time to work out and u'll be just fine.

I've been told my red cells have always been large and may be normal for me. I got a copy of tests and it seems the results are just over normal. I had some odd bleeding from roof of mouth! so GP tested B12 and said it was OK but only just from what I see, there seems to be some debate about what 'normal' levels are , what did your GP say was a deficient level? because my GP said take the results to Hospital appt and then it was cancelled until Jan! so whether to go back to gp sooner?

I haven't come across anyone else who was told they had enlarged red blood cells until just now!!

thought I was unique!!

I had an awful time in the last few days of my pregnancy 15yrs ago & ended up with severe pre-eclampsia, pre-term delivery (10wks), eclamptic fit (coma for 3 days!) then a DVT & a PE so I did it in style & still survived to tell the tale........anyway after all that had calmed down & I was still in ICU my ob/gynae came to visit me as I'd scared the heck out of her that past few days......she asked me if I knew I had very large red blood cells & had it been mentioned previously or was it news to me.......said I had no idea & she told me because of the cells (& everything that had happened) she was going on a hunch & would get back to me......a day or 2 later she came to see me & told me I had antiphospholid syndrome (APS/HS) and that she was starting me on heparin treatment straight away & would be on aspirin for life (though this is why I'm now going to LB this week!) & to NEVER EVER accept any form of oestrogen products i.e. the pill etc it can only be progesterone only products.......bizarre I've never known anyone else to have it............also I have a Vit.D deficiency, though I don't know if it's connected but my sister has pernicious anaemia which is a B Vit deficiency so maybe we're linked somehow

Thanks for all your responses everyone; it's always useful to hear of others experiences and thoughts. As always it never ceases to amaze me what some of you have gone through ( yes, you janjan 78

!! ) and still come out the other side to fight another day! I just have to wait for today's blood test results to come through in 2-3 days time and then I'll know about thyroid function and B12 serum levels and can take it from there. I was tested for APS/HS but my consultant told me it was 'fine' but then he also told me my last blood test results were 'reassuring' and I've just got hold of a copy of results today and some values are distinctly worse (and showing an increasing trend) so just goes to show you should always get hold of a copy of blood test results and then go through them yourself. I've now gots lots of questions for my GP and consultant but in a weird way I hope I am 'just' B12 deficient as opposed to anything else as I hope B12 injections could help deal with the overwhelming fatigue and some other symptoms like the confusion/disorientation, itching and rashes etc I've been having. P.S saranne - 'normal serum levels of Vitamin B12 are considered to be anything over 300ng and anything under 150ng is deficient BUT anything between 150-300ng should still be investigated further because as I said before, the actual serum level of B12 is not a good indicator of deficiency so you could have a serum level of 300ng and STILL be deficient which is why you'd need the MMA and possibly holoTC blood tests to investigate further.

I am taking steroids but not as responsive as I used to be and some new symptoms so thanks for your info and good luck!

I wish all NHS laboratories would use the same units of measurement and stick to the same 'normal' ranges. My latest bloods show my serum B12 at 516 pg/ml with a normal range of 197.0- 866.0 so after converting to ng/l (which just seems to add noughts to it to make it 51600 (but I haven't a clue really!) it seems my B12 levels are fine after all which is both a relief and a disappointment as I was kind of hoping shots of B12 would help with my fatigue. My serum folate was also fine at 16.0 ng/ml (normal range 4.6 - 18.7 for this lab) but my mean call volume (is that the enlarged red blood cells?? Not sure) remains high. My GP isn't concerned but I am...so I've made an appointment to discuss. On the plus side for the first time in ages my lymphocyte count has finally made it into the normal range at 1.3 after dipping to 0.5 and my neutrophil count has dropped from 9.3 to 5.3 within normal range

I was diagnosed with pernicious anaemia about 6 yrs ago same thing as b12 deficiency & I have quarterly b12 injections. Whilst undergoing tests last year before my lupus was diagnosed my gp told me I had "fat red blood cells" they kept rechecking my bloods & they remained the same. In the end my gp said that b 12 deficiency can cause fat cells, strange but I believed it & now wonder whether it was something to do with lupus? I hope this helps you.

Thanks for that sezzie. I'm just waiting for copies of the blood tests to come through that I've had at The Royal Free as for all I know they may have already checked my Active B12 rather than the serum B12 that my local hospital and GP measure. After reading up some more I've decided that if I haven't had an Active B12 test done already I'll pay to have one done myself at St Thomas' as it is just one more thing I can rule in or out and yet If I do have low B12 then shots will hopefully make a big difference to my fatigue and low energy levels. Will report back when I know more!

For years I had enlarged red blood cells but my B12 was very high. Don’t understand that. Anyhow dr said I’m an alcoholic, which angered me since I rarely drink Fast forward a few years, red cells only a little elevated, white cells very low. I have APS and CKD, but have no clue about my weird blood cells

Has anyone had a similar journey?

Has anyone had problems with Azathioprine?

later my blood tests showed high liver enzymes and I was told to stop taking them, get another...

Has anyone had their diagnosis taken away?

Has anyone with Lupus had Covid?

unwell people were if they contracted Covid. I’ve had a few scares as I have asthma and when it...

Has anyone had any side effects from Citalopram?

(20mg) once a day for anxiety. I have had Lupus for 13yrs and have had episodes of anxiety over the...