Sudden involuntary intake of breath.: Hi, over the... - LUPUS UK

Hi, over the last few months I keep experiencing a sudden intake of breath. It doesn't last or effect my breathing, it just makes me jump when it happens, then I continue to breath normally. It Can happen at any time, no matter if I am still or active,

I have been to GP , and everything else seems ok.

I have lupus raynauds , and syrgeons , my hands and feet have been very cold

I Would like to know if anyone else has experience of this, 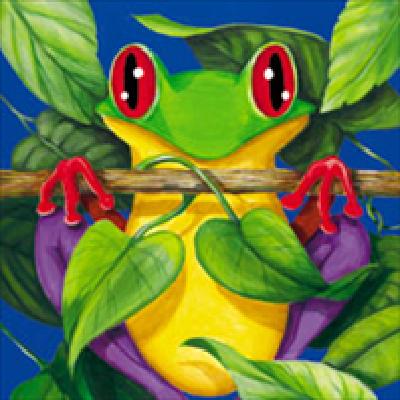 frog
To view profiles and participate in discussions please or .
35 Replies
•

Yes frog, this happens to me. It seems to come and go like everything else. For me it feels like my heart skips, or does a double beat ?? and then I kind of gasp and then I cough. Sometimes it happens several times a day and then goes away for a few days then comes back. I have mentioned it to doctor but, well you know the rest of that . . . . .

Hi Sandy....and yet another YES from me. I have been doing this for years, altho recently it has got quite a lot less. I had pneumonia last year and since then it has worsened, it feels like I have been crying for ages and that it is only the way I can get enough oxygen in my lungs.

It doesnt hurt but it just seems an essential part of my life now.....Maybe there is a connection, after all, with the dreaded Lupus xx

Thank you for your replies, it looks like it can be added to the list of unusual quirks that seem to mount up, ..... in a life with lupus... X

I also get this occasionally - I have been told that it's due to having a sinus arrythmia, which is harmless but it's one of th emost splendid side-effects of auto-immune.

Strange, I have being doing this for years too. It's like I have forgotten to breath then have to take a huge breath.... However I am breathing normally.

johnsonblued in reply to Twilo76

I had the same issue for over four years. Literally watched the clock and it was every 8 minutes. Every doc blamed it on anxiety. By a fluke it has now stopped . I had a doc run tests for vitamin deficiencies and it appeared I was low on a lot. I was given a D shot and IV vitamin therapy. Two days later it stopped . When I went back I started to tell the doc about this issue I had and before I finished my sentence she said oh yes and it stopped right - she went on to tell me the magnesium stopped it. Now I'm on a magnesium supplement and still no involuntary breaths. Hope this helps and hope it works for you

Thanks so much that's very helpful yes my magnesium is very low and potassium just got out the hospital for major surgery but again this was happening a year ago but I do have issues with my magnesium being low so I'll mention that to my primary very helpful.

How much magnesium did you have to take?

Yes ,for me also have taking deep breath for every 2 -3minutes ..wht to do stop ..

Yes this happens to me often I do have Lupus but I didnt know why .

Hi, im having the same symptoms.

Yes I have the same symptom, sometimes it is almost like a quick gasp. Mentioned it to a couple of GPS but they don’t know either although one suggested it could be stress and another thought it could be related to sleep apnoea. I am going to try the Magnesium supplement. Such a worry not knowing.

Did the magnesium work for you ?

This just started for me in 2018 and I do not have Lupus. I wonder if it is related to statin drugs. Do any of you take statins for cholesterol?

Eventer in reply to Kitty222

Hi Kitty222, I have been taking Statins for a couple of years and I have recently been having these sharp intakes of breath, a doctor told a friend of mine who has cancer (not that it’s relevant to this) told him it’s a sign of tiredness, most of mine happen when I’m in bed so I’d started to believe this could be true but reading the comments looks like I’ll never find out.

I’m taking a statin drug, atorvastatin generic for Lipitor,have been for about a year and that’s about as long as I’ve had this odd sudden noisy gasp of air on occasion, I think I’ll run it past my doc but I can see by others answers the md don’t have a clue either. I’m going to check the literature on my statin to see if it’s indicated to be a reaction.

Kitty222 in reply to Merrymary1

I reviewed adverse rxn and this is not one of them, I’m going to email my dr and I assume she’ll want to see me, I’ll do that now and see what kind of a response I get. I’ll get back to you when I get info from her. Take care.

Are you sleeping when it happens?

Yes, I have pretty much the same issue. However, mine is from lung tissue that is missing and air gets trapped. It also sounds like a large, loud, hiccup when it comes out. My pulmonologist tell it is from COPD also?

Do you by chance have COPD also?

I have mild emphysemic changes in my lungs

U me dr ran tests and suggested that’s why this phenomenon?

Kitty222 in reply to Merrymary1

No. I have a low dose ct scan every year to follow something else.

Oh sorry, I just sent me ms a message , getting the ball rolling.

I have had this happen occasionally for a long time but just recently it has become progressively more often to the point i am at now that I dont go 10 mins without doing it. I have a definant autoimune disorder but my drs havent settled on which one yet. I am desperate for help because it does it while I am eating or drinking and I get choked. Also I have acid reflux at night and I suck in acid into my lungs which causes pnuemonia. I try talking to my dr about it and he brushes off the subject.

It might be you’ve got yourself into a wrong breathing habit and aren’t getting enough air in during your normal breathing so need to inhale sharply to increase your air supply. Practice breathing using your stomach muscles you should be aiming the breathes just below your tummy button it’s hard to do at first if you don’t breathe that way normally most of us get into bad habits as adults and use our top of our lungs to breathe instead of the bottom of the them Watch the way a baby breathes if you can that’s the natural way. Keep trying it and it will come naturally you should hopefully stop getting that sharp intake once your used to breathing that way

Hi Lupie. I think you're onto something there. Certainly something to rule out, by developing good breathing habits. I considered the Wim Hof method at one stage although, like so many things, it went off the radar. WHM seems pretty good for the kind of breathing you intimate. I don't have lupus (at least I don't think so), but found your message by searching "sharp involuntary intake of breath". I think my issue is down to working at a desk a lot, and probably not breathing like I should - tensed up, stressed, etc. Modern life aye?! Cheers.

Hi, I've been having this gasp of air for a while now, it's really hard to describe. Comes from deep down, it's a gasp of air and a hiccup combined in one when my mouth is closed but if it happens while I'm talking you can definitely tell that it is a gasp of air. And it happened super fast. I have hypothyroidism I was thinking that might be related. Does anybody's gasp of air sound familiar to this? Every time I bring it up to a doctor they don't know.

Thank you for posting this. I just signed up for this website because of this thread.

My husband has this exact issue. He suddenly and involuntarily has a sharp intake of breath. It is over quickly thankfully and he always chuckles afterward. He says it is not at all bothersome as it is over before he realized it started. Just one quick sharp intake of breath. His lungs seem to forgot to breathe for an instant and then they continue with a burst of inhalation.

His health has always been excellent as he is a lifter and has a degree in a health field. The man is insane when it comes to taking care of his body. We've been married for 17 years and it has happened for as long as I have known in (he doesn't remember when it started but believes he has been doing it for most of his life). It happens a few times a day.

My best guess is that it started when he was a child, as he had asthma. His asthma has kicked up only once in our 20 years of knowing each other and that was due to a sinus infection. He doesn't have lupus nor any other health issues. Just the random intake of air.

Sounds like apnea. Usually happens when you sleep. I have it too but no underlying conditions. Just like taking big gulps of air.

So I have been getting this for some time now. It is very sudden, I don't feel a thing before the...

Anyone with breathing problems?

Hi everyone, i have been having problems recently with breathing...it has been an ongoing thing for...

how it was the last time if that makes sense. So I’ve had this issue with my breathing where I...

Anyone have trouble breathing deeply?

Trouble breathing last night, all night up and waking up snorting like I had sleep apnea. Never had...

Upper chest pain when breathing while lying down.

anyone else had the same thing happen to them and have they already got a diagnosis? Thank you...