Unsure if I should have a laparoscopy - Endometriosis UK

Hi, I have an operation date for a laparoscopy but I can't decide if this is something I should do or not. I have suffered from heavy bleeding and pain for 9 years since I had children. I am worried that they might damage my bladder or bowel and I will be worse off than I am now. I have endometriosis where it is in on the outside and also within the muscle of the womb itself so evening having the endo cut away I will still be left with the bits inside the muscle wall. I am concerned that I will go through with the operation and it wont really make a difference. So any advice is gratefully accepted

I have also been told to have the marina coil fitted at the same time but I am so reluctant against the coil as have heard some bad things, and am worried that once it is put in I have to go through the pain of having it taken out 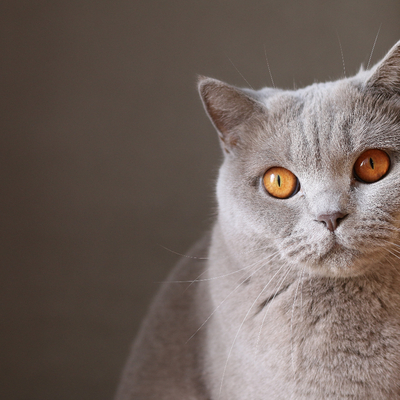 Hummingbird5
To view profiles and participate in discussions please or .
Read more about...
14 Replies
•

Not any advice on the surgery I'm afraid as your endometriosis sounds complicated but with regards to the coil, I'm someone who tried it and didn't get on with it. It caused pain and effected my mental health so I had it removed, however removal was very easy it barely qualified as uncomfortable certainly not painful so please don't worry too much about that part if you decide to try it

Hummingbird5 in reply to Thecraftyadder

Oh really thank you. My doctor told me she screamed in pain, I was like thanks I didn't need to know that! x

It’s such a personal thing to go through a laparoscopy or not as I had a diagnostic lap as I though I want to know for sure if I have endo or not. As for the endo being cut away, I can’t advise on that but lots of lovely ladies on here probably can give you some advice.

You are the same as me with the coil as I refuse it, I have had the implant which got lost in my arm and I put on lots of weight, also had the injection and I put on heaps of weight too. I think the pill is the best (for me anyway) to a certain degree.

Good luck on whatever you decide to do x

Hummingbird5 in reply to AllthatGlitters

Thank you, I can't get my head around the coil and things being in your body and could definately do without weight gain! I can't have the pill as I get migraine with aura but I do feel it would sold all of my problems so am weighing up the risk. Apparently my risk of stroke is higher on the pill hence why I shouldn't have it x

AllthatGlitters in reply to Hummingbird5

Ah okay it’s difficult to know what to do for the best. I love the pic of your cat 🐾

It sounds like you have endometriosis and adenomyosis (this is when it's in the muscles of your uterus) this can't be cut out only way to get rid of that (adenomyosis) is a hysterectomy. But obviously that a big decision.

I get the anxiety with the coil I had to have mine put in under GA - no lap just coil fitting. Because I pass out from internal examinations with speculums. I decided to try the coil as my pill was becoming less effective and I'd already tried about 6 of them. So for me I was at the point where the potential benefit outweighed the anxiety.

Hummingbird5 in reply to Christin_a

How are you finding the coil if you don't mind me asking, I had no idea they would do a GA for that

Christin_a in reply to Hummingbird5

Yes I wasn't sure either but I'm fortunate and have a really understanding GP. So they said they'd send the referral and we'd see what happens and when I told the gynecologist about literally passing out from smear tests, even when they are done at the colposcopy unit they agreed that a GA was on only real plausible way for me to get it.

I've only had in a couple of weeks so too early to tell. But I won't lie the first week I was in a lot of pain worse than my endo but that has started to subside. I was at the start of a flare when I had it in so it might just be the combination of the two.

I had so much anxiety about laparoscopy, even when I was about to be put under before surgery I almost bolted. I was really lucky with the endo specialist centre and team I had, they were so reassuring and really made me feel at ease. Voice your concerns and worries and make sure they are aware of them

I am glad I did the surgery, I had to put my faith in them and trust the fact they are the experts and this was the best chance for me to feel better and maybe a chance for me to conceive. I always think worse case scenario so I don't blame you thinking about being worse off. Just remembered that they have to tell you about the complications but the chance of them happening are very small and won't be permanent.

Hummingbird5 in reply to Hopeful1s

I would go ahead and do the laparoscopy

As it would give u sone more answers and peace of mind rather than just hanging in their without any reason for your agony . I had 2 laparoscopies to remove endo . And trust your endo specialist. He wouldn’t do it if he didn’t think u need it . He has evaluated your agony vs your benefit of not doing a surgery. And if there’s anything which needs to be sorted and is not visible on scan can be evaluated as well . And pill is also a great alternative other than d coil etc. But different Puja have different side effects. So it’s basically a trial and error to get to d one best suits you.

I had a lap in August 16. It caused a hernia and now I am awaiting another operation to repair it.

Since the lap I have had to go to the loo very frequently - as often as 3 times in 10 minutes.

The gynecologist did not find any endometriosis during the lap. He told me I didn't have endo and seemed to imply I was making it all up.

Six months layer I saw an endo specialist and he ordered a CT scan. The CT scan showed a 6cm cyst on my ovary and he believed it to be an endometrioma.

Either the endo had gone away temporarily (I started Depo proverbs injection 4 months before the lap) or the first (general) gynecologist missed it.

I really regret having the lap.

My advice to you is this:

- Only have surgery if you have exhausted all other avenues. All surgeries carry risks.

- if you do decide to have the lap, request an endometriosis specialist not a general gynaecologist.

I have the same as you. I had my excision surgery in September, but because there was not much endometriosis they now think it's adenomyosis.

The risk of damage from laparoscopy is minimal, but it still makes you worry.

I'm also like you in the fact I can't have the pill due to migraines with aura. Higher risk of stroke and I have a family history of breast cancer and strokes. Woo hoo.

I have the mirena coil as it's a lower dose progesterone which is directed at the womb and not through the blood system.

I still have pain, but I have no idea what it would be like without it. I would still try the coil as it may help a bit and removal is so quick and painless. Plus it's out of your system quicker, if you decide it's not right for you.

If you have the laparoscopy they may insert it then, without having to wait and be fiddled about with again.

I know it's frustrating but sometimes it's best to try everything.

I hope with everyone's comments you feel a bit better and able to make a decision.

I have done really well with the Mirena coil. I am on my 2nd now. I still have pain but it is loads better and my bleeding is much less too - I got loads of clots before. Removal for me has been fine. I cramp a lot when getting it in but that settles in a couple of days.

Everyone is different but for me it has been good.

Unsure whether to have laparoscopy

Hi, I have yet to be diagnosed but have been told suspected endo. I currently have two cysts one on...

head I have endometriosis. About 10 years ago for a few months I used to get sharp pains when...

Should I have laparoscopy

scan. I have no pain it’s just the bleeding. My dr has now referred me to gynae saying...

Should I request to have laparoscopy?

everything was okay. I have been in a lot of pain almost daily ever since I got the coil and have...

What happens after menopause?

So disheartened 😞 i don't know what to do anymore. . Adenom...