Constant bleeding on pill? : I was... - Endometriosis UK

I was instructed to go back on the pill Rigevidon about 4 months ago due to breakthrough bleeding and constant pain. The first two months I had no bleeding and minimum pain, after that the pain was back and now I’ve been bleeding every day for the last month and a half with migraines and pain. I went back to the doctors who put me on millinette but advised that this is just a shot in the dark and she doesn’t think this will stop the bleeding, it’s just a case of trial and error till my scan. She recommended the coil If my scan came back clear, has anyone else been on this pill? As she said that it’s not used very often? 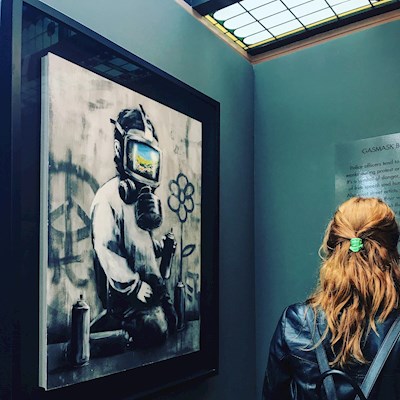 CourtneyLeigh3
To view profiles and participate in discussions please or .
Read more about...
6 Replies
•

Hello I am on this pill and been told to take it 3 mo this continually with no breaks. First month landed me in hospital as I started to bleed and horrendous pain. Hoping my next 2 months are better as otherwise I won’t cope with being on this pill. I have started to vomit all of a sudden too, waking up covered in sweat on chest and back, also having very dark days for about 5 days in a row. Don’t know if it’s this pill.

Do you have any of these symptoms?

Oh gosh that sounds horrible I hope you start to feel a bit better soon! With the Rigevidon I’ve had migraines, constant bleeding and period pain but not to the extend I had when I was on no contraception but I’ve only started the millinette pill today, hopefully I won’t have these symptoms too but it wouldn’t shock me 😭x

Hello, I’ve been on pill continuously for 6 months very minimal pain had small bleed after 3 months but the pain had reduced massively, they told me to have no breaks at all though. Maybe keep trying as can take a while to get used too.

Oh brilliant I guess it’s different for everyone but hopefully I have the same outcome as you!

I am on my 3rd packet of microgynon and it has been awful. Instead of my usual 10 days of pain before a period it’s pretty much been whenever it wants which has been most days, I’m exhausted and so fed up. I’ve have been continually taking it but been bleeding every month when I should actually be having my period except this month which Has carried on and not stopped yet...I’m on about the 2 week mark now. It is unbearable and I don’t know what to do. I haven’t been diagnosed yet.. my appointment is in October. I don’t know whether to try and stick it out until then or just stop with the pill. So you’re not alone!

Hey sorry I didn’t see your post! I’m exactly the same, the first pill was fine for about a month and a half and the bleeding and pain case at full force, second pill lasted barely 2 weeks and I had pain and bleeding, the bleeding is on and off now but I still get excruciating pains every other day, it’s been 2 months since I saw the gynaecologist so I’m hoping I get my letter for my scan soon?

have no pain just light bleeding. It’s having an impact on my mental health continually bleeding...

Help! Just want answers/ endometriosis constant bleeding and pain even on the pill and mini pill

and then the pain came back gradually and then worse it had ever been so went on the pill worked...

Constant bleeding - should I ask for deeper tests?

halved my pain, but I'm bleeding constantly - and I don't mean spotting. It's been a few months...

Bleeding whilst on pill?

Bleeding Taking Pills Back to Back

Been advised by my surgeon to take pills back to back and have a break/period every 3 months. I...