Had 8cm endometrioma taken out 3 months ago it has returned and 5cm already? Can they do another laparoscopy so soon? 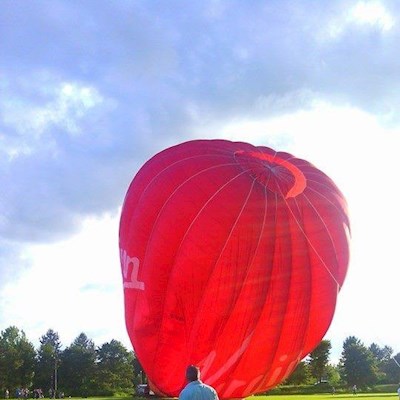 natalienln
To view profiles and participate in discussions please or .
Read more about...
10 Replies
•

I was in a similar situation with a 6.5 cm one removed and 4 months later a 4 cm one appeared. At that point I went ahead with ivf and am today 5 months pregnant. I had no problems with the treatment and egg collection. I guess it will also depend on whether it causes pain and if you are trying to get pregnant?

Have you been on any hormonal treatment post surgery, such as Mirena or progesterone ? The exact same thing happened to me, except I developed bilateral Endometriomas and had to undergo major endo excision surgery.

natalienln in reply to Daniela78

The first lap i had 8cm on the left and 5cm on the right they removed them an said stage 4 endo. They put me on the mini pill, i took it for 5 weeks and came off as i had continuous bleeding and it affected my mental health.

I started getting stabbing pain again and now theres a 5cm on the left. Im not under an endo doctor as the first surgery was a fast track so i was discharged after surgery.

I’m worried i will be waiting till Christmas for this to be taken out and it will be alot bigger. the last cyst was stuck to my bowel the surgeon said my op was invasive and i was kept in for 4 days.

Before the cyst was found i was told to start zoladex? For 3 months but I’m not sure if I’m meant to start that now theres a cyst?

I will visit the doctors again to get my questions answered. This hole process feels like a game of snakes an ladders, And I’m back at the start!

Charb82 in reply to natalienln

I’m in a similar situation too although I had surgery 18 months ago I had two 10cm chocolate cysts on both sides they were removed and now two have come back again on both sides though they are only 3cm the last time they were measured. When I went for my scan they said they will book me in for another scan 8 weeks later (4 weeks in). They said they wanted to monitor them incase they grow. I would think you maybe you should have been offered a further scan to monitor yours? I’m getting pain, pressure down below I constantly need to wee and my legs ache I experienced these pains before.

Previously a year before my last surgery I had a cyst and it was drained and returned within 3 months I then had excision.

It’s so frustrating i feel like these cysts will keep returning. It wouldn’t be so bad if there weren’t symptoms. My GP has referred me to a specialist as like you I have stage 4 Endo. I wonder if your GP should refer to look at your options. It’s pretty crap as you feel you’re back to square one. I don’t know if this means they will need to be excised again as from what I know they don’t tend to go away and of course they can keep growing. I hope you get some good advice and answers.

Ive never heard of them draining them before as i assumed if they leave the sack wall in they will grow back? Ive also read that once they grow beyond 4cm they will not go away. Im lucky to have 3 children and am done having kids so I’m thinking of asking if they will take my ovaries away i wonder if that would stop the chocolate cysts form growing? 🤔 I’m still reading up on all off this.

The first time they drained them as it was my first ever lap - you’re absolutely right they just fill back up so I definitely don’t want them just drained again. I believe cutting around the capsule is best as less chance of reoccurrence. Such a pain though I just feel it’s always going to be endless surgeries. I didn’t know know that about them growing beyond 4cm. Have to say I’ve been trying to research and read up as they keep coming back I wondered what would happen if ovaries were removed, if they’d stop coming back or appear elsewhere I don’t really know but I’d like the answer! It’s s tough decision to make but I guess everything has to be taken into account first. I’m sure it’s not great having to go back to have them removed and finding that months later they appear again - I can’t seem to find a simple solution. I have two children but didn’t want to take that step as I wasn’t sure it would be enough and I’m not sure if I could handle it afterwards but everyone is different and it does get to point where you wonder what options you actually have left! Are you under a specialist clinic? So much to think about.

Ive only had 1 laparoscopy. after the surgeon showed me pictures of him bursting it and removing the sack wall, but its not helped as its back only 3 months later, they always said there was a risk of them coming back but i was shocked at how soon! At the moment I’ve asked the doctor to refer me to an endo specialist and that was 2 weeks ago not sure how long i will be awaiting a letter or app.

Yeah it’s actually quite surprising how quick they come back I thought the sane the first time round I wasn’t expecting it to appear so soon. Feel a little more informed this though! I do notice a difference once they have been removed though not so much pressure and my legs felt much better. That’s good you have a referral though, my first referral I think took around 6-8 weeks this time round I got a text message confirming the appointment on the same day the GP referred I was very surprised. Not sure what is standard but I think I was lucky this time round I want expecting to hear so soon. My appointment is at the end of April I would have had a scan by then so hopefully will have more to go on. Let us know how you get on.

Hi, i have a cyst on my left side that has grown 2cm in a month it’s gone from 5cm to 7cm it causes so much pain and i was just left with oh just take tramadol to deal with the pain, I’m really worried that every month it’s growing cuz the pain is getting worse every month. I don’t no what to do.

Sorry to chip in here...I haven't actually had any cysts but I'm sure i read somewhere that they only grow on or around the ovaries so if that is the case then surely removing the ovaries would mean they wouldn't reoccur? I could be wrong, I do research all the time so I feel like I can speak the same language as the consultants and I could swear that's what I'd read. Anyone else read anything like this? Hope this helps a bit ladies xx

Any advice for the horrific pain of Endometriomas? Just found out I have one in my ovary, and was...

Hello All, I had my laparoscopy last Thursday, up and about now and healing well. I had gone in...

Hi I know from an ultrasound I have an endometrioma on my overy. Have been experiencing pain and...

Hi, I was diagnosed with a 5cm complex cyst which Dr said is an Endometrioma. I’m due to have...

Endometrioma cysts on both ovaries

of a state. I have just been diagnosed with a Endometrioma on both ovaries, they are measuring...