I had a routine ultrasound yesterday and my endometrioma has grown and looks different. They said there's thicker tissue and a vascular blood supply. Now I'm terrified it's cancer. It was originally diagnosed as a complex cyst with lots of pockets. I am being referred back to gynaecology but I'm really worried .

Any advice or anyone who's had experience of this would be really helpful. 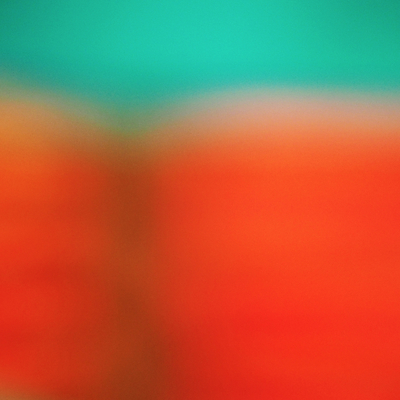 Sheep2
To view profiles and participate in discussions please or .
21 Replies
•

It’s so easy to say but try not to worry, I was in this situation last week and was panicking I had cancer after an ultrasound. It wasn’t the same as yours but they were worried about it. Had my appointment Saturday with gynae and the consultant was not worried about it and said it just looked like a endometrial cyst. Have you been referred as routine or a 2WW?xx

Sheep2 in reply to Lauralou1989

Hi, thanks for your reply. I'm not sure, it only happened today. Its the blood supply but that's worrying me, that wasn't there before. I originally went to the GP as I was getting more pain than before. He didn't seem that concerned and said he'd send me for a scan to put my mind at rest. It's done the opposite. Hope everything is ok with you.x

Lauralou1989 in reply to Sheep2

Sorry I can’t be of much help in the fact mine was different but I’m pretty sure that a lot of cysts can have a blood supply and not be cancerous. The main thing is you are being referred and hopefully get an answer but I drove myself crazy with worry and I’m okay now so try your hardest to think positive.

I had to have blood tests for cancer markers and referred as a 2ww and I literally convinced myself it was cancer but when I saw the consultant he was not worried about it. I think sometimes the process of how things are done can be terrifying but actually when it comes to seeing the specialist it’s not as bad you thought as they are the experts. Keep me posted with how you get on xx

Sheep2 in reply to Lauralou1989

I will, thank you so much.xx

mimilover in reply to Sheep2

No it’s ok. Just go to the gyno . Don’t go thru all the steps with a regular dr.I would suggest you find a really good endometriosis specialist. I wish I had of done that 40. years ago.

I had an endometrioma show up on ultrasound before they or I knew I had endometriosis, so they were just like 'ooh, that's a weird looking cyst' and I had to have some urgent tests to check if it was cancer. So I know how frightening this is. But I will say one of the things that concerned them was that my cyst had blood inside it and seemed to be 'bleeding into itself'. So the blood supply doesn't necessarily mean it's cancerous.

Best of luck to you, I know this is awful to go through. Take care.

Sheep2 in reply to goblinguts

I had exactly the same as the rest of the girls. I had some pain in my lower abdomen and was referred for an ultrasound. I was told it was a complex cyst with debris inside which was terrifying. I was referred for a blood test and urgent gynea app. That was really stressful as I received numerous brochures as to why I might be referred for an urgen app (aka the worst). I was incredibly worried for 2 weeks. In the end the gynea said it’s an endometrioma and put me on the pill back to back to try stop it from growing. 3 months later the cyst was halved. So I know it’s easier said than done, but I echo what the girls said - try not to worry and to stay positive because at least until you go to a specialist x

Sheep2 in reply to Becca777

Thank you, yes this is also a complex cyst which I know can look different depending on the time of the month. I've been through this before but the GP has freaked me out again. Thanks for your reply xx

Nadine2 in reply to Sheep2

I was in the same situation too, GP was awful and endometriosis was not even mentioned at the time. Seriously thought I had cancer and having two children aged 2 and 5, totally lost my mental well-being. I have suffered anxiety ever since. I was finally diagnosed with endo and put on the pill. Please don’t torture yourself like I did, it is likely to be fine despite the panic now.

Sheep2 in reply to Nadine2

Thank you so much, I too have had anxiety since all this started.Hopefully I'll get some answers soon

Nadine2 in reply to Sheep2

I have realised since being on this site that I was told little about my condition, at the time I was told it was endo I was just relieved it was not cancer! I think a lot of my anxiety since is my lack of knowledge about the condition. I have learnt more about it from this site than from anyone medical!, thanks to all that post I feel so much more normal about myself and it has helped me so much. Ask lots of questions, more you know the more you will understand and the less stressed you will feel x

Sheep2 in reply to Nadine2

Hum25 years ago I had a large cyst removed which was benign after I was told the same thing . I had already had my uterus removed 40 years ago and was given incorrect information and therefore lived with horrible pain along with this growing inside of me another 15 years .

I immediately had the cyst (larger than a grapefruit) removed…….along with all other female parts sadly at age 40.

I wasn’t given correct care or information at all after both surgeries.

It’s good you’re getting this info this soon.

I hate saying have things removed but that’s what I did . ❤️

Sheep2 in reply to mimilover

Hi, I'm sorry you went through that, it sounds awful. Thanks for your reply. I'm feeling a bit better about it. I won't be happy until I've had the appointment but GPs relly don't know much about this so maybe it's for the best .Thanks again x

Yea I feel this anger ……justified anger . I can’t afford that anger though. It is so stressful. Anyway……there’s no one to be angry at. The doctors just didn’t know .I can tell you (in a different way tonight ) that I guess it sounds like many women have had these cysts filled with blood and tissue and no one knows what or why.

So my last surgery she said “it appears to be a large mass. We aren’t sure if it’s benign or whatever……we won’t know until we go inside . So I remember waking up in the recovery room being told it was benign . I realize now though . It was a cyst . I guess that’s different from a tumor . Or the same . Honestly ……geez.

Sheep2 in reply to mimilover

No worries, it's good to vent! Take care x

I had the same thing 3 years ago. Pain in my left hip and a very slightly raised marker so I was sent for an ultrasound . The sonographer told me there was a large , complex cyst with a blood supply on my left ovary. They contacted my GP who told me it was 50/50 and could be something sinister . Referred urgently to gynae who reassured me a little and said my marker was minimal . Had a CT scan then MRI which showed an endometrioma and endometriosis.

Those few weeks waiting for results I was an absolute mess so I totally understand . I needed night sedation and medication for the anxiety it brought about .

Please try not to worry x

Sheep2 in reply to Folic123

Hi, thank you for replying. I've been through this before so I'm trying not to. It was diagnosed as an endometrioma 4 years ago, they're saying it looks different and has grown. I'm hoping it's because I haven't been on any treatment for 18 months and I can just go back on the pill. But I have fibroids that have grown to so I've a feeling they may want to do surgery which I'm not keen on. The GP made it sound like the cyst had turned into something sinister which is why I'm worried. I'm still waiting for the appointment.I hope you're ok with managing your condition

have any success stories when they’ve had endometriomas? I’m terrified I will not be able to have...

Had 8cm endometrioma taken out 3 months ago it has returned and 5cm already? Can they do another...

Hello All, I had my laparoscopy last Thursday, up and about now and healing well. I had gone in...

Hi I know from an ultrasound I have an endometrioma on my overy. Have been experiencing pain and...

Any advice for the horrific pain of Endometriomas? Just found out I have one in my ovary, and was...

Feeling down, frustrated and zoladex

Do I have a hysterectomy?