I graduated in the summer and have been tootling along running 30 to 35 minutes covering 5k 3 times a week or so (some weeks life gets in the way) on the days i don't run I do a 35 to 40 min cardio/strength work out at home and 2 or 3 45min plus walks with the dog and one mega lo g walk (3hr plus) a week. I feel i should be reasonably fit and i was finding the runs easy.

The last two weeks I've been really struggling to run distances I have previously found easy. I'm struggling with breathing and whilst i feel I'm running faster my tracker shows me running slower. I'm finishing gasping for breath which I haven't done for months. My route is all off road and very hilly but its the same route as always. I feel I'm never going to improve!

So any tips to get back into the groove and improve or ideas why I'm suddenly struggling. 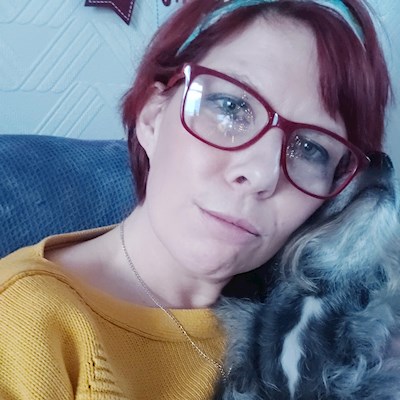 Serenity_runner
Graduate
To view profiles and participate in discussions please or .
15 Replies
•

I've had a similar thing recently and I took a week off the running, and came back stronger than ever.

I think sometimes we get routine fatigue...

Could it also be that as you've got fitter your body can push harder, so you're actually just coming up againt a new threshold for your fitness to get through?

I thought that. But my tracker is saying differently. Yesterday I got further (passed different milestones on the oath) but my watch recorded a shorter distance which js very disheartening. I'm finding I'm starting a run feeling dejected. I've got fibromyalgia and arthritis so have worked very hard to get here and am so frustrated I'm not getting any further.

Definitely take a few days off then and see if that helps - it can do wonders and you start to get that 'itch' for running again. I did longer walks instead of my runs on two of the days and did the others as complete rest.

80% of your running should be at an extremely easy pace. Most people don’t do this. Result: fatigue. If you’re running 3 times a week, plod 5 times and do a faster one every other week. Plodding is going even slower than you think. It’s much better for you and you’ll get faster anyway by doing this as it builds your aerobic base. But also your tracker seems to be wrong if you know you’re going further. What are you using? Fitbit and Apple Watch are infamously inaccurate.

Hi I'm using a fitbit versa. I may have been setting off too fast. Its a very steep hill to start

They’re not too accurate tbh. You’d be better with garmin. I had an Apple Watch. £400. Cr@p for recording runs. Garmin is cheaper and far more accurate.

It seems better when the gps connects but that's been wibbly lately.

Will if you’re not waiting till gps connects, then that’ll be half the issue.

Its been dropping the connection during the run.

Serenity_runnerGraduate in reply to Imc50

There aren't any flat routes here! I'm on the edge of the peaks in Derbyshire its beautiful but HILLY! This route I've been doing as its mostly uphill to start and then downhill to end so I find it easier... perhaps I'll drive somewhere for my next run

Good idea, anything to add a little variation to save the running mojo disappearing 👍

You could also be starting to come down with something, for example, a cold. If your body is fighting off a bug, there's less energy left for running.

Take a break for a few more days. Rest up and come back stronger.

It's so much harder this time of year to motivate! Try all the suggestions and definitely try to find a nice towpath for a change.

W5r2 - that was really tough

W7 done but still really tough - should I be repeating runs?

but I can’t say that I’ve seen much improvement run by run this week. I know I’ll be increasing to...

Forgive me forum, for I have sinned - it has been 1 week since my last run 🤣

I've been struggling to get out the door and start week 9. My last run was Tuesday last week. Lots...

off the gremlins, I'm definitely breathing better too, but I'm not finding the runs getting any...

go for a run today. Needed 1.5lbs off at slimming world this morning. After being good all week and...