Festive Mantra 3: This took a bit longer because... - Couch to 5K

This took a bit longer because the original has 5 verses and I thought if anyone was running to a Christmas karaoke playlist they’d need the same. To the tune of “Here Comes Santa Claus” Enjoy !

And all his reindeer

In a jogging chain.

All is merry and bright.

To help his heart

And get fit once again.

In Lycra of scarlet and white !

And join in too

Face creased up in pain.

To pace not burn;

Show him the way

In wind and sun,

Santa knows if we keep trying

As he passes here

On his merry way.

If it takes till Judgement Day !

He’s going to make it all right.

And so are you 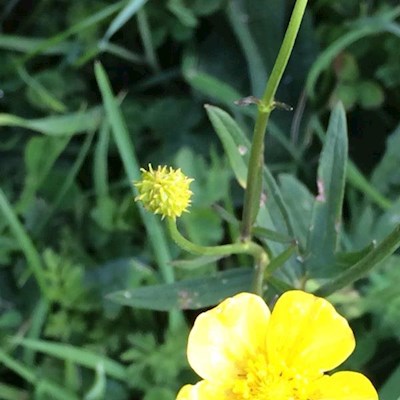 ButtercupKid
Graduate
To view profiles and participate in discussions please or .
26 Replies
•

Wonderful, a real singalong, what a gifted poet you are BCK, I particularly liked the bit about "then he'll feel less uptight, show him the way to C25K", amazing. 😊 🎅🎄.

I hope you have everything ready and organised for Christmas 🤶 🎄, On Friday I went to a Christmas 🎅Concert in Glasgow, this morning as I told you last Sunday I am travelling into Glasgow to cheer the estemated 8,000 runners taking part in the annual Glasgow 5K Santa 🎅🏃Dash through the centre of the city, I will be well dressed up to keep warm. 😊 🎄🎅

Hope you and everyone involved have a wonderful time, AlMorr. Wrap up warm now !

Beautiful day in Glasgow today for the annual 5k Santa Dash, yes, BCK, everyone running and spectating at a wonderful time and I wrapped up well, just come back, I took a photo, not sure how to post it on here but you can see it on my Facebook Page at :-Al.morr.7@facebook.com.

It did go very well indeed BCK, however, IF I had taken part in the run I might have had a bit of a problem, there were 8,000 people there, I noticed on what they call 'the last wave of "runners" the pace they were going at was so slow that it would have taken me 2 hours to complete a 5k, they were walking so slowly in the first kilometer that if I had been with them it would have been very flustrating to say the least. Last week at the Cumbernauld 5K which 400 took part, 95% of the runners finished within 45 minutes. Today at the the Glasgow 5K, at the pace the runners were going I doubt if half of them completed the run in 45 minutes.

It’s bound to be difficult to get a reasonable pace going in such big numbers. On the other hand, it’s great that so many people want to take part ! If I ever get to the stage of entering events I’m going to look out for small ones 😄

ButtercupKidGraduate in reply to Dexy5

It is lovely to have a kindred songster

I don't really know this song, so had to google it.. and now I am humming it non stop!

Have a super day... we have small runner in training for an extra morning... so it is gonna be a busy one...

Thanks, Oldfloss. It is a ridiculously catchy tune !

Incidentally, I’m not trying to replace you as the Bard of C25k. It’s a free for all here ! Let’s have one of yours soon x

It is..I am singing it now..goodness me...I never thought about being a Bard....although..I am old and grey...you are amazing..this is absolutely brilliant and folks love it..and the tunes really help the runs.

Razouski has done lots of rhymes along the way too...😆

A friend on here got me started with the songs, the year I graduated...sadly she doesn't post anymore.

I shall need to get my thinking cap on..😉

The more the merrier I say ! Don’t think I’ve come across Razouski yet - is he/she still around ?

One of our most awesome runners on here.. and so inspiring...

She was away having a short break last time we heard from her... this is one of her posts..

That’s really cool ! Great choice of tune too. And I love that little name drop in there as well 😄

She really is a star.. if you read her past posts.. she has been through a heck of a lot!

Incidentally, you can be a young bard cf Rabbie Burns lol 😄

In the words of John Barrowman - FABULOUS!!!

Just realised I missed number two... so that’s at least two in my head for my next run!

Just don’t mix them up 😄

ButtercupKidGraduate in reply to Wimborne

ButtercupKidGraduate in reply to CSH57

Just been singing it myself as I had a second go at 3:1. It does seem to work 😀

But we’ll be all right

It’s of fitness, not of fortune or of fame.

Everyone needs a running buddy sometimes. So here comes Frosty the Snowman to keep us all company !

Join with me and start today:

Soon thy griefs are ended.”

“Bring me now some running...

Right, ladies and gentlemen, time to look up the Pogues on your Christmas Karaoke album. By special...