Just "completed" week 6 run 3 although I did think Michael had deserted me as 20 minutes seemed to be ages coming. I then ran into a slight hill for the last 5 minutes and I have to admit I said out loud...I can't be arsed with this and walked for 20 steps. I felt I'd let Michael down at the end so added 40 extra run steps at the end instead. Hope I'm feeling a bit more refreshed for Week 7. 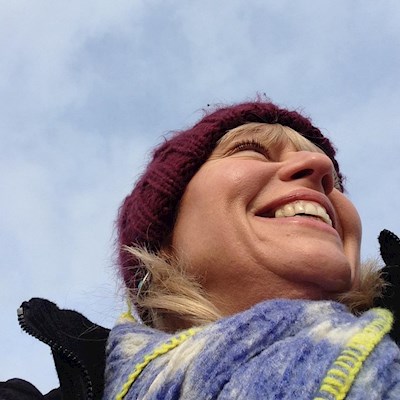 Speedy99
Graduate
To view profiles and participate in discussions please or .
9 Replies
•

Week 6 is the hardest. You’re nearly home and dry. Slow and steady al ,the way to graduation 💪👍😃

Good work... that hill at the end was brave of you... I’m still turning and running away from them! It will also have added some stamina. Enjoy week 7

Thank you x I don't think enjoy comes into a sentence with jogging!

UnfitNoMoreGraduate in reply to Speedy99

Michael will never abandon you, although I know what you mean. Sometimes I'm sure my phone must have stopped working.

Ha ha...I did think Michael was going to surprise me and say 24 minutes...only 60 seconds to go.....but because he said 20 minutes, the 20 minutes I'd been waiting so long for, that's when the I can't be arsed comment was aired. If I could have co-ordinated getting my phone out of my pocket, negotiating the buttons and run at the same time without crashing off the pavement, I would have realised that Michael was still alive!

playlist today to a 90's running mix on Apple. Love the 90's and Sunchyme right at the end was a...

I just ran for 20 minutes without stopping. I’m going to repeat this!

temptation, and I completed the full 20 minute run.

I even upped my pace for the last minute or...

From around minute 7 my head gremlins started suggesting I could just walk a bit and it wouldn't...

the continual feeling of running motion, but I did it!

First run after 3 weeks off...