Well I just completed run 1 on week 4 and I literally only just managed to finish it, one second longer and I would have collapsed in a very messy heap on the floor. I’m now dreading R2 as I’ve been keeping up with the program relatively smoothly to this point, now I’m having a wobble as I really had to push myself today. Has anybody else found that Week 4 is a huge leap for a absolute novice, 49 yr old woman. Do you think I should go back and repeat week 3 again? HELP!! 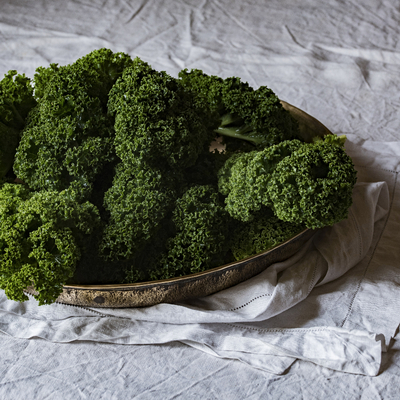 Jaynecroft
To view profiles and participate in discussions please or .
22 Replies
•

I've just done w4r3 today. I did struggle with the first run of week 4 but today felt much better. I just slowed down when it got hard and found that Laura stopped me giving up before the end! Keep it up x

Jaynecroft in reply to Oggy2401

Lol Yh it’s funny how you do take notice of that little voice in your ear?! 😊

Why repeat? You may have just finished it... but you finished it. Great job. There’s lots of reasons that you may not have found it as smooth as previous runs... but your next one will probably be easier.

Good point! I will see how I get on. Thank You 😊

I just did W4 R2. I found run one better than I expected when I realised how long I would have to run for. It was a push to the end, but if it’s not then you don’t feel as proud of yourself! Today was super duper hard because I went to a leaving dinner last night and had beer and wine and pasta and cake 🙈 so I found today harder than Monday - as someone else said there could be loads of reasons you found it hard. You’ll have to repeat this run a few times so you might as well just keep going! 💪💪 xx

Jaynecroft in reply to gg89

Lol that’s endurance after a heavy night! 🤣 Thanks I’m going to keep going 😬

Hi! W4 R1 was by far the hardest run for me so far, for some reason. I felt like it nearly killed me. But then much to my surprise, the rest of Week 4 seemed almost easy - I certainly had "fuel left in the tank" at the end of R2 and R3.

Given that W4 is a week of repeated runs, I don't see why you should think about repeating R1 now; you've got two more attempts at it. Maybe if you're still struggling with it by the end of W4 R3, THEN consider an extra go at a W4 run before moving on? But if you're anything like me, you won't be.

You’re right! I’m going to carry on and smash this!! Thanks for the encouragement 😊

I did my first run on W4 yesterday and I literally kept saying “I am dying” but even with a bad ache in my left leg by the end of it I completed it and felt great! Don’t know about this weekend when I complete the 2nd run though.

Jaynecroft in reply to Simba77

Lol 😂 will do I’m going after work tonight 😱

Jaynecroft in reply to Simba77

Just completed R3 on W4 and I wouldn’t say it was easy but definitely easier than I thought. Thanks for the encouragement 😊

Yay you done it! Well done.... scared to

do my second run but determined to carry on!

I feel the same about wk4 . Today I completed, just , last run , and I’m dreading wk 5. How to cope? Like you I wonder wether I should just repeat wk 4

I feel your pain!! Just completed the last one on Wk 4 starting week 5 on Monday!! 😱 Everyone is encouraging me to keep progressing and not repeat so I’m going to try think that’s the only way to keep moving forward and we did actually do it didn’t we?! 😊

Just keep on going! Slow your runs down if you need to but you can do it if you’ve got this far, you’ve got the ambition. Good luck with week 5.

Jaynecroft in reply to An06

trust the program it realy works.might sound hard but as you go on it gets easy each week.sounds daft i know am on w5 now.slow and steady and in joy.i have never run in my life and am 58 and a heart bypass 8 years ago

Jaynecroft in reply to paul1960

Jaynecroft in reply to paul1960

Hey Paul I completed w4r3 last night and although I wasn’t feeling it when I headed out the door it wasn’t as bad as I thought it was going to be! I wouldn’t say it was easy, I had to really push through the last 5 minute run but I did it and felt elated afterwards. Now I need to roll my sleeves up ready for Monday?! Good luck for Monday you’ll do it! 😊

thanks and good luck to you

I have found that there are always going to be the occasional run which is a real struggle and it’s never when you expect it - but then the one you’re dreading goes really well! It’s strange but battling through the difficult ones and then having a couple of good ones gives you a lot of confidence 👍

Tomorrow is my last run in W4. Whoop whoop. I have absolutely loved these runs, even at 6am in the...

triumphed over the step (what I saw as a jump) up to Week 4.

I was supposed to do it last night,...

something different? I’m thinking the training will just help me improve but I don’t know.

afternoon I'd have to go in the rain. I've been dreading week four, and, to be honest, I found it...

I planned my route...