So we complete Week 4, Day 3! One on the treadmill, one on the hourlong walk home from work, IN THE RAIN (walked to see if the rain went off, then figured, knock off Run2, get home quicker...) then Run3, back on the treadmill!

I did a bit of the cross trainer, and bike, after the runs at the gym...... after last weeks controversy (me trying to push myself, doing a bit extra, a wee bit keen....) please tell me I’ve not “broke the rules”?!?! 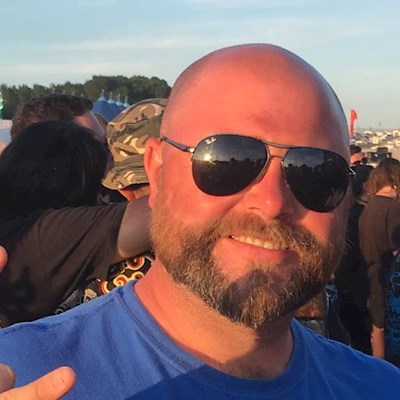 GazzaT1978
To view profiles and participate in discussions please or .
8 Replies
•

I don’t think the rules matter so much. Are you risking injury? Yes. That’s the issue, a torn muscle isn’t fun. That’s your risk my friend. Are you smashing it? Yes again. I hope you keep doing so.

The issue for me is, yes your fitness and five a side especially can carry you through early weeks... and you may go the whole way, but also you could get hurt. I wish you well, it’s your call at the end of the day

If you want to get serious about distance running, at some point you’ll need to listen to your coach, be it a person or an app. They do know what they are doing.

I’ll drink a cold one with you when you graduate, just don’t damage yourself doing it, it’s not about that.

I’ve always been a big guy, but generally fit. Only in the last 6 months have I let myself go, turned 40, partied, had gifts of concerts, weekends away.... and in doing that, peaked at the heaviest I’ve been.

I just can’t see that happening! 😂

Yeah, saw from your profile pic that you’re built... good job there my friend. Different muscle type for this game, and you can do it... just look after those slow twitch leg fibres too!

You will get to that 5k for sure, and I’ll still be able to do precisely zero sit-ups! I’m gonna work on that though 😂. I celebrated 30 for about 10 years then I had a LOT of weight to lose.

Just be careful there, if you feel anything pulling, slow up.

I’ll get the beer on ice.

difference a week makes. With each run I can feel the difference in my recovery times.

that the weather was absolutely horrible. It was raining and the wind was quite high. I really felt...

get in the way.

I plan to walk both days this weekend and then start week 4 on Monday. For now,...

out the week or start week 2 after a rest day?

For the distance I’ve included the 5 mins walk at...