Even though I’ve just started week 6, this is my first post because if I’m honest, I really didn’t expect to get beyond week 2! When I found it hard to run for 60 seconds in the first week, I doubted that this programme would work for me but unbelievably I’ve just completed W6R1. The real thrill was being able to run for 20 minutes in W5R3 (woohoo) as I honestly thought it was a mis-print when I first saw it. It seemed such a big increase from the previous run but having done it I went into my run this morning with so much more confidence that perhaps 5k at the end of nine weeks is actually possible. Surprisingly I found today’s run harder than expected as my calves really ached-which they don’t usually, but I managed it Honestly, if I can do this then ANYONE can. If you’re doubting yourself- fear not- it’s possible. 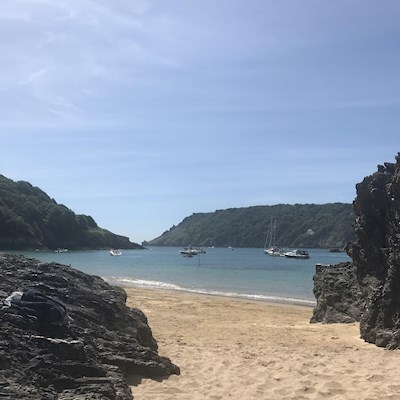 Beanjo
Graduate
To view profiles and participate in discussions please or .
18 Replies
•

Great post! Very similar experience to mine, got 6.1 tomorrow and my legs still ache a little from 5.3 on Saturday!

Well good luck for tomorrow- take it easy. Despite the difficulty there was still a high at the end of it so all worth it. Let us know how it goes

I could have written that post! The programme is very clever isn’t it? I did W6R1 yesterday and will do R2 tomorrow.

I’m loving running, having hated the thought of it for years. I can see it being a permanent part of my life now!

Isn’t it amazing that we can now call ourselves runners? 😀🏃‍♀️🏃‍♂️😀

It really is. The great thing is that a lot of my friends are now considering starting. Never thought I’d be a trend-setter 😂

Haha. Now you wouldn’t say that if you’d seen me at the end of my run. Very definitely not a cool look

Great post Beanjo! Well done you!! You’ve done brilliantly! It’s great when you get that feeling that it’s definetly possible and it certainly is! 😁❤️

BeanjoGraduate in reply to Fabulous450

Great to have you posting, I think many of us recognise that euphoric feeling, and don't worry about 5k in 9 weeks, certainly not in 30 mins, most graduates don't achieve that, it is really about running for 30 minutes 3 times in a week

Love this post Beanjo, inspiring. I've been putting off starting Couch 25k, after downloading the app several weeks ago, with best intentions. But then came the excuses, no, reasons, that I tell myself; I've had a long day, gotta go shopping instead, just finish this series on Netflix, oh it's the world cup. I don't feel I have any more 'reasons' left. Must start, will start...

BeanjoGraduate in reply to Roadrunner65

Do start it. I put it off for two years because I didn’t think I could ‘fit it in’ my week, but for 9 weeks try and look ahead each week and slot the runs in. It’s worked for me and I feel fantastic. Let us know when you start. I’ll be cheering you on 👍

Thank you SO much (isn’t this web-link great? And encouraging? I’ve only recently discovered it!)

start every post in amazement that I’ve once again been able to run for this long... but I really...

I’ve just signed up for the Cardiff half next Oct!!!

completed the first run of my final week! I am so pleased with myself. I hated week 8, I found it a...

Wow 9 weeks ago who would of thought I could of completed this! I’ve had my ups and downs( today was

Cant believe I have got this far- everyone should give it a go.

little demons. I’ve nearly finished week 4 now and my breathing is less laboured when running and...