I have been doing c25k for about 11 weeks and made it to wk7. Was sooooo chuffed at end of week 6 but r1 of wk7 was really bad. Then had some knee pain. I don't have much support around me. (Mum says I'm to big to run) so has been putting me off since the start. I had a week break to help my knee and have woke up today and just aren't feeling it. Also with regards to weight. I'm putting on instead of loosing any at all.

Also was advised here that I should be able to hold a conversation whilst running well I can't do that at all so maybe this isn't right for me. Such a shame as I was really getting into it. Grrrrr. Maybe I'll feel different tomorrow. 😣😣 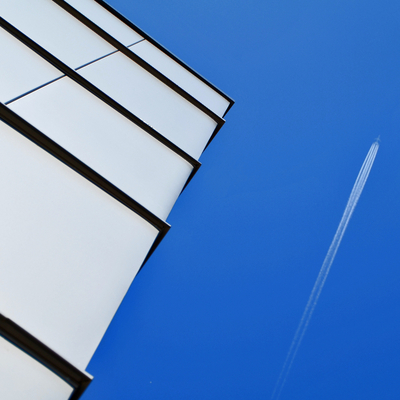 Sarahcomb
To view profiles and participate in discussions please or .
10 Replies
•

Don’t stop Sarah and don’t listen to “mood hoovers” !!!!Running won’t help you lose weight unless you are also watching what you eat so maybe have a look at the NHS diet advice or think about a sensible programme like slimming world. I am 56 and about 5 stone overweight- the weight is coming off slowly but the fitness is getting there - reward yourself after a run with a mom food reward and think how well you’re doing - I haven’t got to the 20 minute runs yet but you have and you are doing really well - good luck and keep running xx

Mood Hoovers! Never heard that one. I will be using it. Lol. I have been eating better. No sugar/ cake / crisps etc swapped white toast for cereal etc.

Thanks for your reply x

Please please stick with it I don’t understand how but it works I promise... the health benefits are great and it makes you feel so much better about yourself as you are doing it for you no one else👌🏿

Sarah, I've always thought I was too heavy to run and I'm also at week 7. You can do this. Don't even worry about the scales - look how far you've come already. Find your support here on the forum. You're doing brilliantly!

That is absolutely ridiculous regarding what your mum said about "being too big to run" mothers should be giving support to their daughters not putting you off running. No person is too anything to run, we are ALL in it together, good luck to you.

Firstly, congratulations on getting to week 7. Not long now till you graduate 🙂🏆

I can relate to so much of what you have posted.

I graduated a month ago having taken 20 weeks to do the 9 week programme.

When I started back in January I was 18 stone. I should be closer to 13, and after an initial slight drop I put it back on again. I did take body measurements before I started though, so even though I’m still 17:6 this morning I have lost 2 1/2 inches of fat from round my middle. I’ve heard it said running only really starts to shed the pounds once you get to continuous hour long runs and that at this point the biggest help is diet.

They do say you should run at an easy conversational pace, but I can’t talk while I’m running, sometimes I even struggle to pant “thanks” if people move out of my way. I have a feeling a lot of people are in the same boat, but don’t say so because the assumption is your running too fast if you can’t speak while doing it, and generally people don’t think they are going too fast, they want to go faster, not slow down!

Everyone has bad runs and everyone has days where they just aren’t feeling it, especially in this weather. It saps your energy before you’ve even started. I’ve started the bridge to 10k Plan, and I had 2 horrendous runs back to back in weeks 2, including the first time I’ve failed to complete a run. Fortunately after a couple of extra rest days and plenty of water the run after was much better.

As for the support around you, that’s what this place is for. Most people in the world aren’t Runner’s. I think to understand why we run when there are “easier” forms of exercise, you need to be a runner. I have had all sorts of responses. 2 guys at work, one is really into the gym, he knew I was doing it and always asked how I was getting on. The other guy overheard I was running and started sneering because of my size (he’s bigger than me!) I know another guy who does triathlon, so he gets the running part, and appreciates my efforts, but I have to filter his “help” as well, because “you don’t want Adidas trainers” “you shouldn’t be running 3 times a week, it should be 5” “don’t buy this brand of socks” “you need to go for swimming lessons” it’s like being talked at by my dad...

Anyway, enough of my rattle, the point I wanted to make is, that you are not alone, whatever you’re experiencing it’s nailed on someone else is having the same issues. Get your support from this forum, no one understands more than the people here.

Make sure in this heat you drink more water than usual, it can stop your legs feeling lethargic, and try voltarol on your knee. It’s not cheap, but it worked on mine, it’s 12 hour gel so I always put it on an hour before a run 😉

Thankyou for the great reply. 😁

Keep going! I was at least 3 stone overweight when I started. Now just waiting for an injury to settle before graduating and half the excess weight is off. I am eating sensibly and have given up bread completely. You’ve got this!! Don’t be disheartened; do this for you and no one else!

So I was really dishearten after my first run in Week 7! It was the same time as week 6 run 3 but I...

can run it because I've done it already but boy, did it feel rough this morning. I guess some runs...