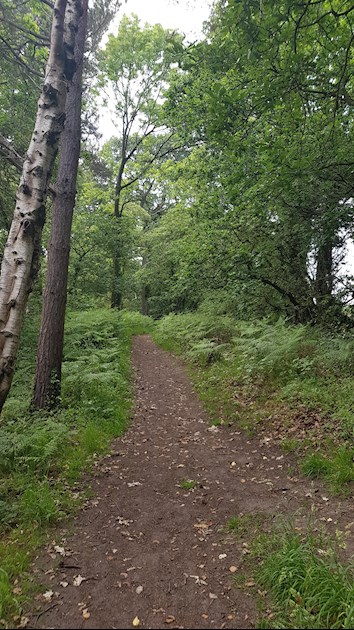 Really enjoyed my run tonight which showed in my stats. I ran 3.75km in 28 mins which is a PB for me! Not that I ever set out to do more than just get to the end of a run without collapsing 😆

Things seem to become easier after 8-10 mins (is that the toxic 10 you were talking about Jay66UK?!), my breathing seems to settle down and things just click. Really felt like I could carry on a bit longer at the end but was not about to tackle the hill that was facing me!

To anyone struggling with all this...Just carry on...stick with it...it works. I am living proof!

Yup sounds like the toxic 10 to me. Well done on your pb run!

Thanks Jay. Thought of you a few times when I got to a hilly section!

Well done, not far away from week 9 and graduation now! 🏆

Thanks I actually can't believe I made it to this point. Can't tell you how many times I have tried and not made it!

Thank you! Can't believe I am enjoying this so much to be honest. I always wanted to but never thought i would actually feel like this 😊

Ripcurlrana71 in reply to Saartjie

What a great feeling right??

SaartjieGraduate in reply to 18Windmill

Thanks. I'm surprised it's not blurred...I was trying to take it while I was running. No way I was going to stop!

Love the photo. Wow! You are a trail runner! Good for you, the graduation run is just around the corner for you. You even felt like you could run longer. It's nice to have confidence that we can do the next week's challenge.

I did feel quite upright today! 😂

That’s such a nice place to run! Well done for completing with such a good feeling.

I’m exactly on the same run as you. Completed W8R2 yesterday, but not had the great feeling you had (see my post).

Hoping to have the same feeling on my W8 completion run!

All the best for remaining runs! See you soon on podium soon 😀

Thank you! I only actually discovered this path doing this programme which is great. Unfortunately I have a lot of road before I get there but it's a welcome change once I do.

It seems everyone gets that feeling where it clicks at some point having read other peoples posts. I just hope it continues and it's not a fluke! Good luck for the rest of your runs...see you on the podium! 🏆

Hi interesting about the 'toxic 10', I recognise that! Did wk8r1 this morning and I didn't like the first 5-10mins at all!

Well done. I've just done w8r2 and found it really hard work. But I think i will have to do it more than 3 times before i feel comfortable to move on is that bad ? And i am still only doing 3.7km

Well as you can see I was doing 3.75 so pretty much the same. Have only made 4k at graduation but tbh just being able to run was my goal. The leap from 28 to 30 mins is really not that noticeable so I would just stick with the programme and go even slower if you need to!

toughest run ever this evening. 5 mins into the run I thought I lacked energy and every minute...

again, and set off in earnest (I don’t know how he felt about it). I had no idea how long I had run...

fine tomorrow... One more week 8 run this weekend, then the end is really in sight..! 😊

W8R2 and the effect of running

hated running, and 1 mn of cardio used to make me faint (and I wasn't unfit, just hated running). I...

had a really good W8R2 today

I felt good all the way round - very hot and very tired by the end...

Got my gait analysis done didn’t I!