As the title says, this one goes out to all of us who like to listen to something while running.

My preferred choice of music is mellow stuff like Bob Marley or George Benson. I treat my runs as QMT (Quality Me Time) and also a therapeutic way of de-stressing the day's hassles away. Also if I'm enjoying the music, I'm enjoying the run. A win win situation in my books

So what type of music/pod/book etc. gets you going? 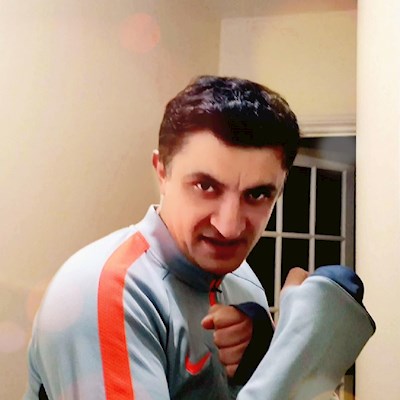 saul01
Graduate
To view profiles and participate in discussions please or .
37 Replies
•

Although I made a running playlist ages ago, I prefer to still use the podasts with Laura ...either W9 r3 or the c25k+ which are audiofuel or the Sammy murphy sessions. I think its because I'm programmed to run still someone says stop😄

Ths music to me is just a beat to run along to.

Much to my surprise I've not created any running lists since graduating in August. Sometimes I take my i-pod on shuffle and take whatever I'm given but at heart I like something quite power rocky to run to (Bruce Springsteen, Bon Jovi...) but had a fabulous 3 minutes with 'Yes' by McAlmont and Butler recently.

It's my go to when I need bigging up!

I found if I ran to something like the Rocky theme or anything powerful, my speed picked up and ended trying to better Mo Farah!

I have to concentrate on my breathing so not running playlist for me yet!🐢👣🏃🏿

I'm with Sami Murphy a lot of the time, but made a playlist which includes : Lighthouse Family (Lifted, etc), Annie Lennox ( Keep Youngand Beautiful makes me silently chuckle), a bit of Nina Simone, Roxy Music and a lot more beside...

The other day I was wondering if anyone listened to classical music as they ran. I was thinking of using Dies Iran from Verdi or Faure Requiem and wondered what else I might use.

Not so much classical but definitely Argentinian Tango.

Don't think I could do classical. I tried a audio book on a couple of runs but found that too too slow.

Will look into Sami Murphy once the fitness is back on track. Nice selection of artists you got there.

I do often. Sometimes I just tune in to a classical music station for the whole run or have an Italian aria I am trying to learn on repeat. Not sure after an hour if I am actually listening to it though! I also run without music sometimes in the early morning and enjoy the relative quiet, it lets me clear my mind and think a lot of things through which I find quite therapeutic.

When I started the programme I would put on works I was learning, but during the walking intervals found myself singing out loud. I'm now tempted to put on the Duruffle Requiem as we're learning that at the moment!!

Ooh nice 😀 Try it. I do it all the time. If you're not doing a training run with lots of stopping, starting and checking your watch, the running is automatic so you can switch off from it and sink into a kind of meditative state. You don't really need a driving beat for that.

20 odd years ago, our local radio station used to have a slot on a Sunday afternoon which played a condensed story such as Frankenstein, Jack the Ripper, Alice in Wonderland, Charlie and the Chocolate Factory, and had famous people such as Kylie, Sir Derek Jacoby, Brian Blessed, Keith Allen reading them while dance music played in the background. It was awesome! I bought the CD but have never listened to all of the stories (35), so am looking forward to running along to them...xx

Anything big, orchestral, epic. I often feel as if I'm running in my own movie 🤗

Chariots of Fire VS Forrest Gump..??

IrishprincessGraduate in reply to saul01

I love that, your majesty. I know what you mean. I laughed out loud once at the way the "Mission Impossible" theme tune made me feel when it came on during a run and made me feel like some kind of hero or something.

We seriously contemplated that music to go up the aisle.

I have the music taste of adolescent boys methinks. All battle cries and warriors with dragons 😏

This is interesting. I went to a running seminar last week and was saying I'm not good at slow runs, the physios suggested I changed my playlist to either nothing, voice (books/radio) or slower music and I see that I'm listening to songs with a lot faster beat than others! Maybe I need a new playlist.

This is why I have slowed the music tempo down. We tend to naturally run to the beat, I think once I'm back to normal fitness level I'll up the tempo slightly for the overall speed/fitness.

Books were too slow for me, I think radio might be better as it's generally more upbeat.

Oh those are all good ones!

Think we need to call you "The Midnight Express"

Only run at midday!😀

I have an app on my phone called Deezer which I find I'm embarrassed to admit costs me £10 per month. Not sure why I'm embarrassed. Some people spend a lot more than that on cigarettes for instance. And I do think that music performers and producers are entitled to payment so I don't want to get involved in illegal free downloads. (Yes, I did grow up taping things off the radio but I've become marginally more moral since then!)

Anyway, Deezer is great and I mostly take the easy option and download ready made playlists. I have some that are aimed at running or fitness, so they have a good beat to run to - although that is slightly wasted on me as I have no sense of rhythm at all and just run in my own way regardless of what the music might be telling me!

I use Spotify, ads are a pain though, but wouldn't pay £10 a month to have the premium site though. Use iTunes a lot to download albums and onto 160GB ipod....

I currently just use my own library. Have thought about Spotify & Deezer, but not sure if I would justify the monthly fee. In the car I prefer to listen to the radio and only use playlists for running mainly.

I also grew up taping off the radio and then making a pause/record "Mix" tapes. Those were the days.

I use Deezer too. Mr R subscribes, but my daughters and I all use it from time to time.

) and have found out that I really enjoy running to them as well. I managed to get myself vaguely familiar with Apple Music as I'm the only android in a house full of Apple products and we've got a family subscription (mainly for the teenager). I discovered some running albums on there and also play that when I get fed up of Bastille. It includes 9TS (90's Baby) by Redlight, Holding On (featuring Gregory Porter) by Disclosure and House Every Weekend by David Zowie. The David Zowie track really annoys me though as he drops his H's and I seem to keep listening out for it lol!

I listen to comedy programmes from BBC Radio iPlayer. I'm struggling mentally with longer runs so they distract me from obsessing over how many more minutes I've got to go.

I really need to find the new earphones I was given, it's ages since I listened to anything as I ran and it is nice to do sometimes.

My favourite thing to listen to is the BBC Ouch disability podcast which is so funny and down to earth. I still vividly recall trying to negotiate a particularly boggy forest ride whilst listening to very serious, controversial discussion with a severely disabled man about his use of sex workers.

My library does free digital audiobook downloads and those are great if you're working on distance. Gardener's Question Time podcast is *not* good if you are working on speed.

Have never tried running to an audiobook. Might look into it.

If you are looking to buy a new pair, I would highly recommend the Aftershokz bone conduction headphones. They are expensive but the safety they offer is second to none.

If I've got lots of the Archers to catch up on I sometimes listen to the podcasts (Rob Titchener was enough to make anyone run fast ) !

The Archers has been very stressful over the last year. I used to listen to it in my bed and it was like a lullaby!

music to listen to whilst running.

What do you use/listen to when running?

for what to listen to when im running. What do you listen to? Music, podcasts, audio books? 🙂🙂🙂

Listrn to the music DB

Back in Black ACDC

Does anyone else listen to podcasts whilst running? Was wondering whether listening to conversation,

What music do you listen to?

was Faithless - fast dance music. I think today’s music made me run faster and that’s why I...