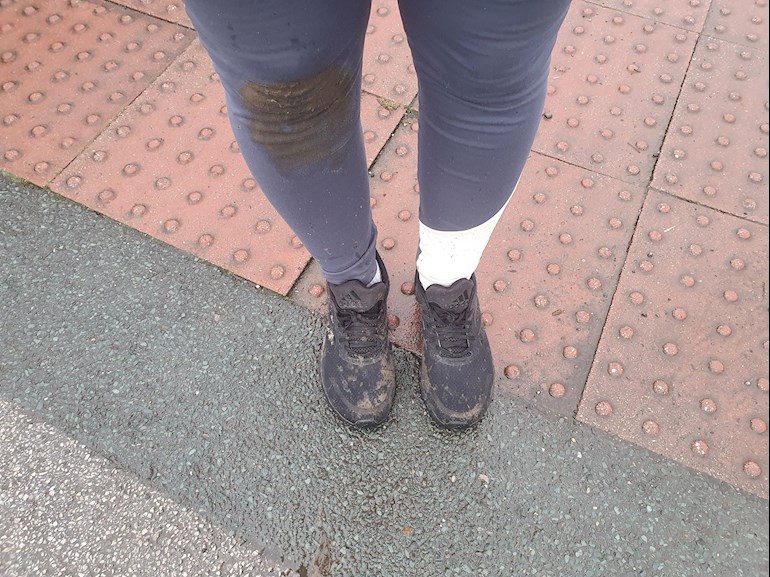 Last week was really hard for me and it took every ounce of my self discipline to keep up to the plan.

I had a covid jab on Monday and I did not felt too well all week - soreness and tiredness with an intermittent headaches.

I did not feel I could squeze out any more out of myself.

Run1 40min Easy.......well at least it should've been easy - I did that on Tuesday, so day after the jab. I only had sore arm, but I felt generally ?heavier? If that makes sense. I managed 5.2k within that time and had to stop once uphill to catch a breath.

Run2 on Thursday was what supposed to be a 50min Tempo Run. I tried the flattest route and only covered 6.9k even though I felt like I was constantly running in the 8/10 effort, I started with a banging headache about half my run and I got home totally exhausted and felt that I will not be able to run on Sunday.

I spent most of Friday and Saturday feeling sorry for myself and dreading Sunday's Long Run...

Run3 yesterday - 60 min run - total disaster 🙈 I had to stop twice for a few seconds. Total distance 8.58k and I am so not proud of that.

Oh and I managed to fall in the woods during that 60 min run - luckily no injury, not even a bruise. See on a photo I fell on my R knee.

I can only hope that this week will get better as I feel more like myself today. Soreness is gone. Plan says that I should be doing Interval running tomorrow. Other than that - thanks for reading and 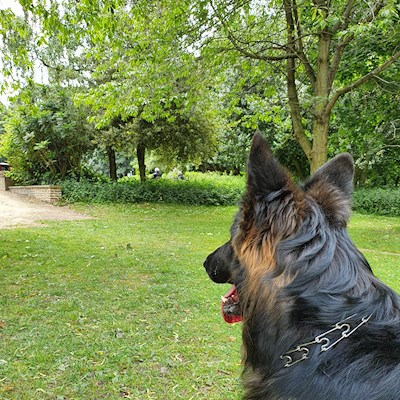 RunGirl1989
Graduate10
To view profiles and participate in discussions please or .
11 Replies
•

On the one hand, really well done for persevering RunGirl1989.

On the other, it sounds like you've had a bad reaction to your Covid jab and you should be kinder to yourself. Your plan can wait until you're fully recovered. If you keep pushing you're more likely to end up exhausted and demotivated - you'd be better advised to take extra rest days if necessary.

Also, what's wrong with running 8.58k in 60 minutes? I make that approximately 7:00/km pace, which is more than respectable, especially in the woods. Remember, you're supposed to enjoy running, not beat yourself up for not going faster, not least when you're increasing distance.

Give yourself a break, and run happy! 😀

Thank you for your reply Cmoi and the words of wisdom.I realise that sometimes I am too hard on myself.

Personally, I don't think there is anything wrong with the pace itself.

However I am far too competetive person ( only towards myself as it turns out) to not feel disappointed when I see regress rather than progress. I am just too stubborn to stop 😆

I do get where you're coming from: for maybe my first five months of running I only defined progress as going faster, or further, or ideally both.

However, after a bit longer I signed up for a trail marathon, and that changed my definition. I rapidly realised that I'd have to kiss goodbye to PBs, except occasionally for distance. Progress was accepting that I'd have good runs, and bad runs, and runs that I absolutely hated - and there were a lot of the latter, as I love doing my own thing and detest training programmes.

It was also accepting that I hadn't failed by spreading the plan over 5 months rather than 16 weeks - it was the only realistic way to fit it in with everything else in my life, and not end up injured.

I certainly don't think you should stop, and I generally regard stubbornness as an asset when it comes to running - when I choose to I can be as pig-headed 🐷as they come - it just needs to be focused stubbornness!

I've got a lot to learn still! Even though I have been running for a year now, this is the biggest challenge I put for myself - to run 10 miles. A year ago it seemed utterly impossible to even go a 10k.I much admire your running! Wow! A trail marathon! Distance itself and technical trail combined - it blows my mind.

Which one was it?

I've heard of Snowdonia Trail Marathon from a friend and I can't help but dream about completing it one day ( in a far away future as it seems 🙈 ).

As of being pig headed? Yup - you have the other one here haha

Maratrail de St Jacques - trailsaintjacques.com/ - I'm in France, so this was local to me.

in reply to Cmoi

This. Spot on Cmoi. Absolutely.

You definitely need to be kinder to yourself. I had the jab last week too and barely managed 2km the following day. I've tried twice since and lasted under 4 minutes - totally breathless.

Don't be so hard on yourself, your body sounds like it could be using its energy battling your jab. 👍

I agree, Alan99.Covid jab, as much as we need these, they really can wash out all of the energy from the body.

Hope you'll feel better soon! I know that I am slowly getting there x

You got out and that’s a massive achievement in itself. You should be proud xx

Thank you, I appreciate that x

yesterday I did my longest run so far 😁 yeeeeeey Run1 40mins Interval Running - I was still...

I did took it nice and steady. Run 2 is 40mins Easy jog and I decided to run in the woods as the...

How did your parkrun or not(parkrun) go?