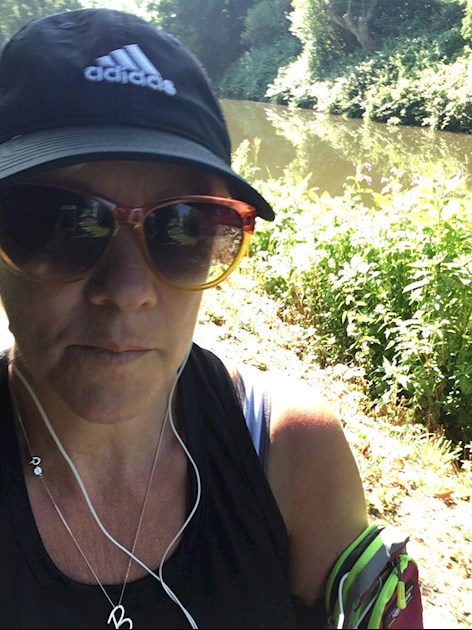 Penalties saved the day!!! Yesssssss!!!! Well done lads!!!! What a match...I was shouting at the ref...at the telly....when we won I ran outside & round the garden cheering and whooping...I could hear cheering & whooping coming from everywhere...You might guess that I’m a bit of a footie fan...I was on the edge of my seat all the way through!!! Last time I felt like this was....errrrr....W9R3....when I finished that run I jumped up & punched the air...cheered & whooped!!! Never did I think I was going to see the word graduate next to my name...but I did it...& now, when I see that word it makes me proud & I remember the feeling when I first saw it...& now, 8 months later, after having a really good time learning to run & run well, here I am on W3R2 of ju-ju- ’s plan....that means that I have run a 5k twice & a 6k once....6k!!!! I never thought I’d ever run that far & live to tell the tale, but I did!!! Now, my next run is a 7k...can I run really run 7k?? You flipping bet I can...and I will...todays run was a 5k & it was a comfortable run...I heeded the words of Oldfloss yesterday, I slowed down, wore a hat, wore sunglasses & drunk what felt like my own body weight in water yesterday, along with a coupla beers last night during the match....what spurred the players on last night were the supporters...the people who are rooting for them every time they step onto the pitch, well, Doyou know what?? I can relate to that because every time I come on the forum, the support & knowing that people are rooting for you is absolutely priceless....I LOVE YOU ALL!!! 💪🏻💪🏻💪🏻🏃🏼‍♀️🏃🏼‍♀️🏃🏼‍♀️🏃🏼‍♀️ 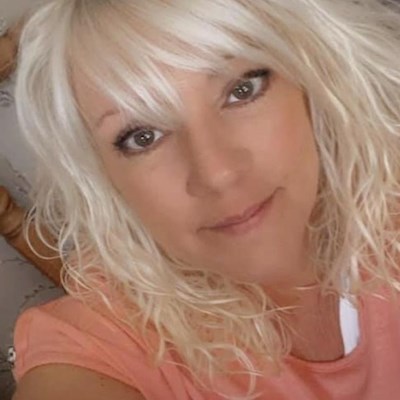 Mummycav
Moderator
To view profiles and participate in discussions please or .
29 Replies
•

You look like a Proper Runner MummyCav.. cos' you ARE

Woo hoo Bluebirdrunner ...there was something about wearing a hat & sunglasses that made it feel serious!!! 😂😂

Wow, happy Bev! My partner used to play footie semi professionally and is riveted. I am bored senseless by it, except once in while, but good that England managed to win

Meanwhile you totally look the business with your hat and phone holder and running hat. In fact you look fab and what you are, a proper runner. Well done on reaching week 3, but i never doubted you would. You're doing brilliantly xx

I’ve always had a real passion for football, I’m one of 5 and the gap between me & the next one up, a brother, is 14 years, then the next brother 16 years older, then I had a sister who was 18 years older than me but she sadly passed away 3 years ago...having 2 older brothers with big age gaps meant they often had to baby sit me while my Mun & Dad (before he buggered off) we’re at work, so that meant football was often part of that babysitting duty...as I got older I played football & trained to be a linesman, I would often be linesman when my brothers were playing in he Sunday league, but if they ever got hurt I would run onto the pitch waving my Flag & set about the opponents!!! Needless to say that was never going to be a career path for me!!! Ha ha, when I think about it now it makes me chuckle!!!! I used to enjoy being the only girl in the pub afterwards with all the players. It was a real laugh...who did your Hubby play for?? x

Wow, what a story. i would have liked being the only girl in the pub too

Mr I don't snore played many years ago and i can't remember who for (he did tell me but it didn't stick as he might as well have been speaking Swahili for all i understood!), but he was tipped to play for Oxfordshire County but moved away for work (he left school at 15). i know he was really good. Buggered his knees playing though.

I went to an all girls school so I wasn’t confident around boys but being the only girl with all the footballers soon remedied that, I soon learnt how to take the banter 😉😉

Oh lordy, I am not really a football fan, but I live with one, so of course it was on the TV and of course I got sucked in! I was a bag of nerves during the penalty shoot out! I just couldn't stop thinking of how awful it would be to lose on penalties especially after the multiple fouls committed by Colombia. And don't get me started on that ref…!

Well done on a great run, and a lovely post, MC. And you look super cool in your running gear. You will be absolutely fine for your 7k...just slow it down a touch. I haven't found adding on one 1km a week a struggle at all. Doesn't mean I am finding it easy, oh no! But, I am finding this a little easier than C25K. Mad, eh? Even madder, I found my 5k this morning harder than my 8k on Sunday. What the flip...?! I am not sure I understand how this running lark works!

You never know, you might be hooked now??!! I support Huddersfield Town who have done sooooo well, I dead proud of them!!

I know what you mean about the short runs sometimes being the harder ones, I’m not sure I understand either but it’s got to be a mixture of things like fluid intake, diet, sleep, mood...i can’t imagine doubling what I ran this morning but I’m sure it will just happen?! We are stronger than we think x

Nope. Never gonna happen. I have watched World Cups, Euros etc before then promptly forgot about it once tournament is over. 😂

I love footy ! I had to go out as I couldn’t bear to watch. I watered me veg til it was over, which was obvious as the whole town erupted

Our fixture list just got published. A mouth-watering array of new grounds to visit Not!!!😁

I love the idea of you whooping around your garden.

And well done for running that 6km. If you can do it in this heat just think how much easier it will be when the weather breaks!

Ha ha...me whooping round the garden with three kids whooping too & a little dog barking with confusion!!! Ha ha...’football’s coming home’ is the fav song in our house at the moment!!!

What has ju-ju- done to us all, we're all out there, doing it and now looking the part. You look fabby Mummycav and it was a lovely recap of an epic journey. 😘

Another wonderful post to read!! You are definitely "The Business", good running look and 6K under your belt. Well done Mummycav!

Thankyou Lorijay ...I half compose my posts while I’m running & then, I find a shady spot to write it! I’m def wearing my shades & hat next time out!! Next thing I need are some running shorts but I’m not sure Brighouse is ready for that just yet!!! 😬

Good luck with the 7k, not sure you need luck though you've "flippin got it".

I love the support & belief in each other on here...you really are such a lovely lovely gaggle of runners (I looked up the collective word for runners & there isn’t one) 😂😂 xx

Well done you. I ran very badly this morning with a severe england hangover, wont run again on the beer!! Hudders have never been a football team, up the owls!!!😁

MummycavModerator in reply to Guesty26

this is so fabulous, I am so proud of you. Love the new profile piccy too. Well done

MummycavModerator in reply to ju-ju-

Not so much BOOM as boom

and rewritten this post countless times in my head during my runs). So herewith is the latest...

Well I did it and braved the rain, managed to get round and did three planks when I got back home....

Boom! Broken the 30min barrier for a Parkrun!

course compared to Lyme Park so was expecting a time to be better than 33mins but overjoyed that I...