what are your worst/scariest physical symp... - Anxiety Support

been dealing with pretty bad anxiety and especially health anxiety for over a year and in that time iv had some scary symptoms,mainly to do with my eyes,my chest and brain fog and iv never spoken to anybody about mental illnesses so i have no idea where my symptoms stand in terms of common or rare, i just know they make me want to die on days where they are really bad 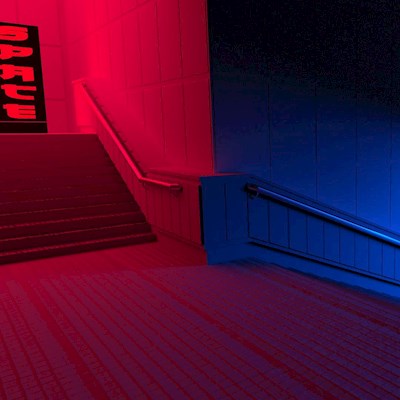 Liam35
To view profiles and participate in discussions please or .
45 Replies
•

Whats going om with your eyes?

I have visual snow and floaters and on days where i feel worse than usual i can see a pulse in my eye and am really sensitive to light,as well as a lot of eye pain and headaches,it makes leaving the house really stressful

I have the same thing.

Does your eyes hurt ?

Liam35 in reply to Amandasullivan12

Amandasullivan12 in reply to Liam35

I have been getting loads of headaches eye pain and sensitive to light sometimes also get a slight burning sensation on my head its freaking me out my health anxiety is telling me its not good.just wish we could all over come this i dont know whats causing mine im so scared of the doctors as im terrified of them telling me im seriously ill .

Liam35 in reply to Amandasullivan12

Amandasullivan12 in reply to Liam35

What do you think the burning is have you been to the docs about your symptoms its realy horrible yesterday i had an awful headache on the right side the day before was the other side my anxiety keeps telling me its a brain tumor or something just as bad.

Littleone88 in reply to Amandasullivan12

Ive had a couple tests done and they found nothing, i have mainly the sane symptoms as you. Had an mri

Could be the meds, is that an anti depressant? I know antidepressants made me have worse symptoms

Not at all, i was on zoloft for a couple years and a year after i stopped i started having weird symptoms. Thats just me though. No health issues. Just anxiety. And every antidepressant i tried didnt really work. Im seeing a psyc soon to get on something else

Im not a doctor so im not sure exactly, i can just go by my experience. Drugs are drugs. They can always have side effects at any time. But id get checked out by a doctor like i have been doing. I even saw a neurologist

I’ve been on antidepressants for anxiety sine 1991. I have yet to find one that works for panic attacks and health anxiety. I told my last GP that only tranquillisers eg diazepam work and he said he knew that but wasn’t allowed to prescribe them long term because of addiction issues. But what is the point of prescribing antidepressants if they don’t work?

Plz could I ask how mitzapine works

Gp gave it to me for anxiety x

Remember that headaches and migraines are extremely common, brain tumors are not. I had daily persistent headaches for weeks. I was misdiagnosed with a sinus headache twice, but ct scan showed sinuses were clear. Anyway, also had an MRI. I was so convinced it was a brain tumor- how could this not be something horrible? But it’s not, I just get headaches (I also am hypothyroid and think there is a connection). But anyway, I just wanted you to know I’ve been there and you’re ok.

My scariest/ worst are the palps/skipped beats, depersonalization, light headed/ feeling off balance.

Liam35 in reply to

Everyday I get lightheaded dizzy feeling and off balance x

Derealization....getting slightly paranoid, over-analyzing everything as if panic brought upon newer things to fret over (& these are the same symptoms I’ve had with panic/anxiety) feeling flushed all over and tingly, fearing the environment around one’s self (if I happen to not be at my house).

Liam35 in reply to borahae

Mine gives Me symptoms of other illnesses, example a couple of months ago I had bad breast pain, I had a mammogram and was told everything was fine, a day later the pain went, then it will move on to something else, I'm forever at the drs for a suspected illness then as soon as they say it's nothing the symptom goes, but I can't not get it checked because one time it may not be anxiety

For me being asked if i have a symptom i dont have will make me create that symptom,after going to the opticians and being told my eyes were in perfect health i was asked if i had any eye floaters,i didnt,the next day i saw nothing but eye floaters and its been like that for a year now,my body will constantly give me symptoms to reinforce my beliefs of any illnesses i have

thyroidmom84 in reply to Benji62

I can totally relate to this

Moose24 in reply to Benji62

I’m exactly the same. At the doctors at least every fortnight! Just exist in fear 😢

It's a nightmare, I would love to get up on a morning or go a few days and feel normal, I would never have believed that anxiety was like this, I always thought if you had anxiety you got over nervous about things and paniced, I dont get nervous like that my thing is health, my body tells me the slightest twinge or pain is something serious then I start getting all the symptoms for it

I understand completely,its always defeating going to sleep hoping maybe tomorrow something will change and you wake up disappointed

I get most of the symptoms that you do , do you focus on your heart ever and the eye problem I get floaters if I haven’t slept properly but if I have I get none just wondering if you get them all the time , and honestly health anxiety is a dominant thing in people’s life it sucks but to hopefully we can all get thorugh it 😔

Lightheadedness, feeling faint, brain fuzziness or vibration feeling in my head, and the impending doom feeling that is always lingering.

Ragdoll15 in reply to Brightfuture22

I get these feelings all the time. Your not alone are you taking any medication?

Brightfuture22 in reply to Ragdoll15

I only take Ativan as needed. But when I get the lightheaded feeling, I worry about taking the Ativan because I am afraid it’ll make it worse

in reply to Brightfuture22

Same , lightheaded, dizzy, faint spells, a weird head feeling, head vibrations..I take xanax no ssris......but this is everyday for the past year..my doctor referred me to do heart holter test to check for arrythmia wich causes chronic dizziness and light headedness. But we both looked at eachother like "anxiety".....because I've already did echocardiogram and stress test he figured let's try the holter..

feeling out of it like im gonna pass out

what physical symptoms does your anxiety give you?

pains in my head. Sometimes my anxiety will give me a tight throat to where it almost feels like...

What is your worst anxiety symptom?

almost daily (probably my worst symptom) what are your worst anxiety symptoms?

What do you find to be the worst symptom of anxiety?

Personally, I find the worst symptom to be the quickened heart beat. It's such a horrible feeling to

if you have anxiety please comment your physical symptoms

pains and other stuff are through anxiety what are proples symptoms?x

anyone have anxiety and panic that is mainly physical symptoms only? I would say 95% on my anxiety...