Is my bf not man enough for me? - Anxiety and Depre...

I know that sounds really harsh to test his manhood like that. I might start off sounding like i'm a horrible person and nothing is good enough for me but I just feel like i'm fighting battles on my own. This is the second time I went to a apartment complex, took off work to see a model that wasn't ready after being told it would for sure be ready and even getting a confirmation email saying it would be just to show up and it wasn't. This time I was frustrated with them and my boyfriend was with me silent. I wasn't rude and I understand things happen 100% I explained that to them and got into the car and wanted to vent just a bit and my bf kept changing the subject so I did as well. He also said it's not a big deal which I don't think it was either but I have this idea of a man saying no don't let others walk on you or stepping up and saying something for me since i'm a nice and pretty shy person. and if not even in the car get mad for me. I understand he's chill but I can't help feeling like he's more of a friend to me. After we got food and I offered to pay half and he said it's ok you can pay the next time for groceries. Splitting stuff every date (last date I payed for our meal) makes me feel like we're friends as well. I have such high standards for how I think a man should be but he's not very close. I respect him and treat him very well I think. but being with him is making me unhappy and I don't know if i'm psychotic or what. I just feel terrible! 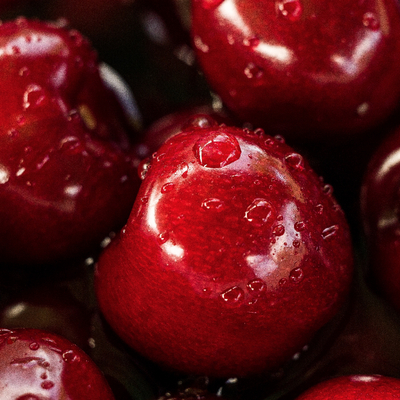 xoxo0
To view profiles and participate in discussions please or .
16 Replies
•

Hi it sounds like you have very traditional views on what you expect a man to be. He is respecting you and your ability to deal with situations and that's great. Being a man doesn't necessarily mean speaking for you or paying everything and if you want a man like that then your bf isn't it.

Don't forget though with traditional male and female roles you would be expected to be a housewife and stay at home to cook and clean and do all the childcare. There are pros and cons to both and it depends on what you want in life. With a partner your goals have to be similar and both want the same kind of lives otherwise it just won't work.

Yep I agree, that whole "you can buy groceries next time" definitely does give off a friends vibe. I know what you're saying and it would bug me too if my partner kept saying that😐

I can relate to what you're saying. You want someone who has your back. However, from his point of view he might feel that this wasn't something to get too upset about. I believe in any relationship, good communication is key and important. Talk to him about these feelings youre having but try to say it to him in a polite and respectful way. Don't be out to start a big argument, and really listen to what he has to say too. Maybe he has a point of view you didn't realize, and nobody is a mind reader. Good luck to you!!!!

I think you have a right to your standards without needing to feel "psychotic" about it. If all you feel is that you're ",friends" perhaps you should listen to your feelings. I think that regardless of gender, if you're in love with someone, you go the extra mile for her/,him. I think you need to discuss these things with him before making long term commitments...i.e.financial, family, etc. ...hope this is helpful.

IT ACTUALLY IS REALLY HARSH !!!

Ur post has come across very angry & very mixed too. Now I'm going straight to the point I see.

It doesn't matter what anyone say's as it seems you've already passed judgement on the man & set his sentence & it's only a matter of time before you put him in that metaphorical black bag & dump him in the river or throw him out the freeway !!!

Now does it go deeper than him , his actions & mannerisms or is it just you that is being unrealistic & losing ur shhhh over minor things & its the blow up over minor things that neither U or he have control over is when you know its u that needs to fix why things are the way they are.

Gone are the days where men need to stand when a woman arrives at the table or hold open the door , equality is the woman can stand up, hold the door or pull out the chair OR not.

Nothing ever has to be a fight or time to get upset ever in a world where we know & understand far more than we ever did & continue to learn.

Why is it bf's fault that ur angry & he isn't getting angry too?

There are more things in the world that are far worse than an apartment not completely ready!!! There could have been a delivery delay of a worktop & then the safe fitting too. Minor things that can delay things & it's not anyone around you who is to blame.

It seems anger is eating at you & that's where I believe you need to look & search rather than blame ur by who appears to not let trivial things get to him.

I think you're being kind of harsh with her. This forum is to be supportive of others, not put them down nor judge them. This is what your post is saying to me.

Why am I being harsh when I'm being 100% honest. Read it again & see it from the male POV. She even says he isn't as quick to get angry & just bc she gets angry he must too even if there is no logical reason to get upset.

If everyone snaps & gets angry & then their other half gets angry there will be fights & break ups the world over. We shouldn't be a throw away society. Things take work & hard work its why you find great grandparents still married 70+ years later. My eldest is celebrating his 40th wedding anniversary today & its been no bowl of cherries or a box of chocolates.

I was asking what I'm asking as to why is it his fault that he doesn't get upset at minor things? Should you ask why does she get upset at tiny things?

Yes this is a support group but if a person isn't honest with them self then how much honesty will we get.?

Also apologies if it upset u.

Thank you for the apology. Sometimes being harsh and honest like this doesn't help the person. I know it wouldn't me. She doesn't need to be judged for what either one of them is doing or not doing. It would hurt my feelings to be talked to like this. I hear this all the time in my personal life and it does hurt. She wrote on here for support in her situation and if it was me I wouldn't want to have comments like yours. I'm sorry but that's just my opinion on it.

I didn't judge her , I only asked why does he need to get angry when she does?

The thing is ur transferring ur opinion as to what's happening to you by a man .

Also when anyone starts anything off negatively , that's where it stays as that's the way their brain works. We are all individuals & I've never seen a bad boy ever make a good father either. They too busy treating everyone around them like crap.

It’s not that what you said was rude or unhelpful at all. I think we all respect a mans point of view, so thank you for your honesty . However it’s not that she wanted him to get mad with her, it seems that she was throwing ideas of ways he could have made her feel supported . She didn’t seem angry if you were to re read it.

Honestly if it were me & I thought my relationship was dying I'M GONE as no point in wishing things were different that should've been discussed as soon as it became apparent.

Bribery (chocolates ) always work on me , but Flattery is new. Lol

In seriousness majority of our anger comes from within & they call it anger management as something that works but it doesn't as managing anger isn't ridding urself of it. However anger is an emotion like the others & all things in moderation . Also in my post the other day about thanking everyone for helping me become more calmer just by listening to others ( reading posts ) & offering suggestions at the very most but listening is the key . We as humans need to understand ourselves more before we try find life on Mars.

It sounds like he is ignoring your feelings. His silence communicated to you that he was on their side, not yours. Second, yes, splitting everything in that way would make me feel like just friends too. I'd feel bad if it was always mentioned about splitting. Couples naturally get eachother back and it shouldn't need to be a black and white thing. It's not that you were asking for a "man to stick up for you" or a "man to pay for everything" you were looking to feel supported. You were looking to feel security.

I love this response! I don’t think it’s necessarily about having specific needs it’s about how he could support her in ways that make her feel less alone. It helps out more than just xo and I absolutely agree

my bf cheated on me today

forgiveness. when i told him i felt so sad because i can’t believe cheated on me, he just said i...

Ready to walk away from my bf for good

drinking and tonight we got into it again and am ready to let him go for good he’s not worth my...

Hi I'm new here. I've always had issues because TBH I think I'm bipolar. To broke to find out how...

I feel awful don't know why am still in a relationship with a man who use to beat me for everything...

I felt like I pushed him away now he's not here and I'm completely devestated I just want him back...

First time in a support group. Hoping to find people I can r...