Poems that i have written before giv... - Anxiety and Depre...

It was a dark knight

the wolves where howling

the wind was blowing

And a creature was showing

Was dark and dreary

the creature that was inside was very scary

Was lonely and blue

it never talked to anyone not even you

It made itself invisible when it was scared but

he wasn’t prepared for what happened next

He saw a human a human so bright filled

with light and happiness and full of delight

The ghost turned back to a happy ghost alright

you hear them at day and

you hear them mostly at night

wherever you go it’s like your cursed with a

spell that can’t be broken you know

the whispers grow louder and louder

nearer and nearer you get chills down your spine

and it’ seems that you can’t escape you try

to ask yourself is this a dream

am i fantasizing or am I really lying

The whispers stop and

you sigh with relief

But next time don’t leave the

door closed with a creak

Because next time the whispers

may come back with a attack

a bear so big and soft

A bear that is brown and loves honey a lot

a bear with the biggest claws you ever seen

A bear who loves to eat berries and honey galore

a bear who loves sugar and wants more

A huge piece of honey it has ever seen

the honey is so delicious it’s true

The cat so loyal and true

The cat shows grace and loves its owner too

it’s coat is orange and bright

And it’s fur is as soft as silk

And it’s eyes are beautiful too

it loves to purr and it likes to scratch

It’s the most cutest thing a person could have

the bird can sing

The bird is blue

The bird sings a beautiful tune

the bird is a beautiful animal too 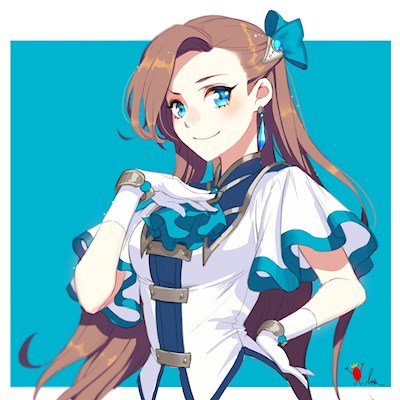 Hb2003
To view profiles and participate in discussions please or .
Read more about...
10 Replies
•

Dont give up on poems ,its written with clarity and vision,imagination,to is something that inspires us ---so Hb,,,,keep on ,it keeps the other beast at bay..(Anxiety).

Hb2003 in reply to goldieoldie

goldieoldie in reply to Hb2003

I know it is,anything that distracts and is also theraputic.

wow, those are good why did you give up you should keep going.

Hb2003 in reply to teen_anxiety

I felt bored after doing them

teen_anxiety in reply to Hb2003

oh well, I respect that, but perhaps you could them from time to time.

always nice to read a fellow poet's work! I really enjoyed reading that, and If you would like to read them, I have posted some of my poems too, and am posting one every morning. I don't think you should give up, because poetry can be lots of different things and your words were really beautiful.

poetry is also an outlet for your feelings and I like to write when I'm feeling strong emotions.

That's excellence, please do not give up xx

I have super happiness powers that scream, “don’t give up!”

I wanted to share this because if you were to read older posts of mine you can...

i give up completely

A Cat Like That (a poem co-written by BonnieSue & me)

I am a cat who thought a lot about that...My owner came home after a long day alone....I crouch low

This isn't working. I give up.

comfort in this life, no love from anywhere, I've lost all my friends, ghosted my ex, I feel...

Coming off Citalopram- panic setting In

What song(s) give you the feels?