I'm doing better with this, but I hit a speed bump this afternoon. I am saying yes when invited out more than I used to - I went to a cabaret a week and a half ago for heaven's sake. For a while I could barely do anything because of my fear that I'd be too anxious at a given event. Anything on my calendar tormented me. ANYTHING. Tonight, a dear friend invited me to our favorite place for dinner. She called while I was having a work crisis and I was already having an anxious afternoon. I said 'no' and was immediately falling all over myself with apologies and guilt. I feel I should say 'yes' if I want to get better - and I DO want to get better. I don't want my friends to give up on me and it feels like some already have, which leads to some really lonely and negative thinking. I suppose what I'd say to someone else would be, "You don't have to be perfect and you don't have to say yes to every single thing that comes your way." My feelings and thinking though, they don't always want to listen. 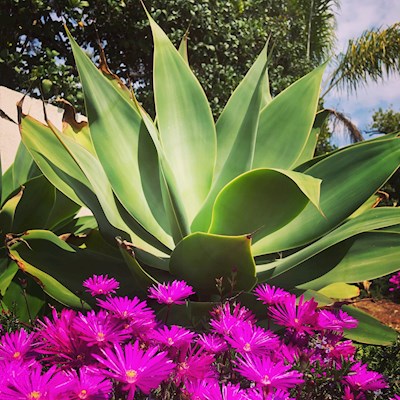 JAYnLA
To view profiles and participate in discussions please or .
12 Replies
•

Just say “yes”next time. That’s what is important, that you keep going.

Don’t over think it. You had a legitimate reason to say no. You are only human.

I understand. There are so many things I wish I could say yes to doing with friends, but I just can't. A couple of them know that I have anxiety and depression, but that doesn't make it any easier, especially when I feel guilty for saying no to spending time with them. I try to not be so hard on myself, but it's never easy.

JAYnLA in reply to bluestars725

Thanks Blue. I assumed this would be a common experience and hearing from you makes me feel a little less alone in it. Much appreciated.

bluestars725 in reply to JAYnLA

You're welcome. You have to do what is best for you. I know it's difficult, especially when it's hard to explain why you have to say no to social invitations.

JAYnLA in reply to bluestars725

It just embarrasses me and sets off an avalanche of self recrimination. Blech.

bluestars725 in reply to JAYnLA

I get it. I feel embarrassed when I turn down social invitations too, but we are doing what is best for ourselves.

If you're in work crisis mode, maybe you could handle it later. "That sounds nice, let me think about it, really busy right now." This way you can use rational thought....see yourself going to the event and having a good time...before clamming up. Mentally preparing yourself when you have the time. When we're stressed from present situations, it's easy to just hit the no button as much as we can. I think allowing yourself some time to get the current situation handled and then moving on to the next (the invite) helps the mind from shooting out all the terrible thoughts. How can one think of an event as fun when they're dealing with a truckload of stress? And then there's the part mentioned a lot...it's human and you shouldn't feel bad about it. Obviously if you say no every invite, this could lead to no invites, but you can always send a, "Hey, thanks for the invite, I was dealing with a lot with work. I appreciate the offer and would love to catch up with you for lunch or the next event." We're never going to make 100% of things happen, we are human and that's okay. Pay the guilt no attention and if the next event gives you the thought of grief, try reasoning with it or take small steps...like "making an appearance". If we start small, we don't end up taking on the the entire thought. And then the appearance gives you a chance to see how you're feeling during it; you might end up enjoying yourself and all is good.

I do this a lot as well. Sometimes we're afraid to jump into the deep end of the events pool....so we should find a shallower area and jump in....paddle ourselves closer as we can mentally allow. I also hate mandatory crap on the calendar. It is stressful. Don't let this sit on your mind long; I'm sure your friend gets what you're going through and it didn't make her frown in disgust that you couldn't make it.

You're doing good, Jay, and you said as much right off the bat by saying yes more often. That's a huge step to sit upon rather than look ahead at some steps you haven't taken. Kudos, man. Always look at that bright side.

I would agree it is perfectly fine to limit outing....I do this for physical reasons. But if this is controlling your life be it anxiety of the situation pushing through would be a very good way of starting to change the way your brain reacts to social stressors. Some personalities tend to need to stay away from to many social situations because it wears them out and causes more issues. Basically don’t let your fear rule you but at the same time we all need community. -Rachel

JAYnLA in reply to Rachel2535

Thank you Rachel! I totally agree - thus the guilt, I suppose. Last night I said yes to the same friend and we went to the same restaurant. It was Saturday night, crowded as heck and we had to wait a while in all that cacophony. It was rough, but I got through it and I'm proud to put another success on the boards.

one neighbour is feeding the 4 kittens, so I don't have to worry about them. I've posted on facebook

Mrs Vanberg invited me for tea

older people, they have this safety feeling i don't know how to explain it. I really don't like tea...

pretty well the past few days, but now I’m feeling anxious and insecure - and terrible about...

people just don't want to hang out with me. That maybe I'm doing something wrong. I finally have...

Help with anxiety and depression