About My Happy Places: Concerts - Anxiety and Depre...

So, in total now, I’ve been to 4 AMAZING concerts, and have gotten to see 5 amazing bands within those shows. I’m into hard rock/metal music, so these shows are loud and crazy! Most recently I went to see Breaking Benjamin. This was my 3rd time seeing them and it was just as exciting as the first time I saw them. Since I had last seen them in 2016, I had befriended the drummer’s amazing fiancée, Leanne, and she and I planned to meet up at the venue! No VIP required either!

When I got to the venue in Sioux Falls, I got to meet her! Leanne was such a sweetheart to me and we got a picture together. She then looked at the time, 7:00 pm, which was when the doors for the general admission opened. That was the place I was supposed to be. But, instead of having me go back to that line, she just took me with her through the VIP doors and I got to be at the front of the stage with everyone else, who had to pay over $100 for a pass! From there, she told me to message her if I needed anything and I thanked her, watching the amazing show.

When the main set was over, I had acquired a drumstick from one of the special sets, in which the singer gets his own set of drums and it’s all Star Wars themed. To get that drumstick, I smiled widely at him and I think he remembered me from the show two years ago, so he smiled at me and made sure it went to me. Maybe I’ll post about the other 3 eventually?

So after the show was over, I stood in the beer can ocean on the floor and waited for Leanne to come back and get me. When she did, she texted Shaun, the drummer and her fiancé, and then took me TO THEIR TOUR BUS!!! Now remember I don’t have a VIP pass at all, so she just tells security “she’s with me” and we get to go through. This is how the next few moments went down:

“So have you met Shaun before?” She asked.

“I have, but it’s been such a long time since I’ve seen him!” I replied with a huge smile, now seeing his smiling face standing outside the bus.

“Hi honeyyy” Shaun greeted me with the biggest smile and a bear hug.

I was seriously in such shock from it all and he remembered exactly who I was from the show two years and two days prior to this show. I talked to them about the art I brought for them to sign, because they were in awe. Hearing them compliment me on all of it was the best feeling...up to that point anyways. I got a cute picture with the two of them together, which makes me so happy when I look at it. Eventually, I had to get going because my father was waiting for me in the parking lot of the venue (I went into the show alone, because I had Leanne as my ‘parent’ of sorts), so I told them that.

“Aww...lets get a picture honey,” he said with a smile.

He stood behind me and bent down a little (he’s like 6’ and I’m 5’5”) and I got my phone out to take a cute little selfie. The first one was adorable, but my stupid phone deleted it when Snapchat crashed, so I was sad for a moment, but then Shaun kisses my cheek and hugs me again and I’m like, in my head, WOAH WHAT JUST HAPPENED. I was blushing like crazy cause, I like used to have the biggest crush on this man (as time went on, I started to see him more like a father-esque figure XD ) and he just made my dreams reality. Still shook up, I told him it got deleted and he chuckled and bent down again for another picture. This time though, I got the picture as he kisses my cheek AGAIN! At this point I’m like holy crap this is actually real. He hugged me once more, and it was the most meaningful hug I think I’ve ever gotten. I hugged him back tightly because I knew that was the last time I’d get to hug him for quite some time now.

“Goodbye honey...safe travels home and we will see you again soon okay?” He said as we let go of each other.

I nodded my head and thanked him so much for everything and I smiled widely as I went with Leanne back inside to find Keith, one of the guitarists. Once we did, which wasn’t easy because Keith is all over the place after shows, he talked to me for some time. He also remembered who I was and was SO sweet to me. We talked about the art I had given him and he was blown away by it. Again, it was an amazing feeling. I then asked for a picture with him too, and we had to do it fast because my phone was at 1% (YIKES), he couldn’t stop giggling when I was taking the picture because it was Snapchat and I had a filter on.

He has a southern accent so it was even cuter when he said that, giggling. We talked for a little longer and then said our goodbyes, hugging each other again and he wished me safe travels as well.

Leanne smiled at me and then walked with me to the main doors, where she opened her hands to reveal a tin of guitar picks with each of the Breaking Benjamin albums on them, for a total of 6. I was in awe of this special gift, I hugged her tightly as a thank you. She smiled and told me I was the sweetest girl she’d ever met, which made me smile so much. Leanne wished me safe travels once more and hoped she’d see me again soon.

In the car, I messaged her on instagram a huge thank you and told her she made me the happiest girl on the planet for everything she’d done for me. When she responded, she was equally sweet in the message, and that’s when she sent me her phone number.

“Next time we’re around your area, shoot me a message! I’ll see about getting you and your whole family VIP passes to see us!”

So yeah, May 11, 2018 was one hell of a night. It’s times like these that make me feel like I matter in the world and that I have purpose. That band in particular is what kept me alive through the hardest times...and I’ve been a fan of them since 2009. They’ve been with me that long. Sorry for the massive post everyone, I just felt like reliving that night lol.

I hope everyone is well! Sending good vibes and love to you all ❤️ 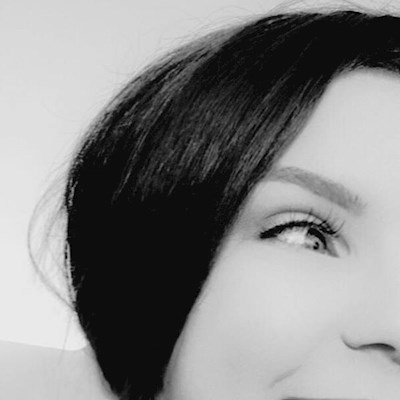 powrrlesspotato
To view profiles and participate in discussions please or .

My happiness in a nutshell.

dropped the children off to school, whatever.

Mine is when the house is quiet and it is just me...

She's my best friend, she knows when I'm not feeling well and when I'm sad. She brings...

Wanted to share a short story about my Sunday

has been amazing. I smiled and thanked her for that. She than asked if she could give me a hug!...

etc. she seriously hates when she can't control me . She'll call me 3-5 times when I'm out with him...