July: Independence to one degree or... - Anxiety and Depre... 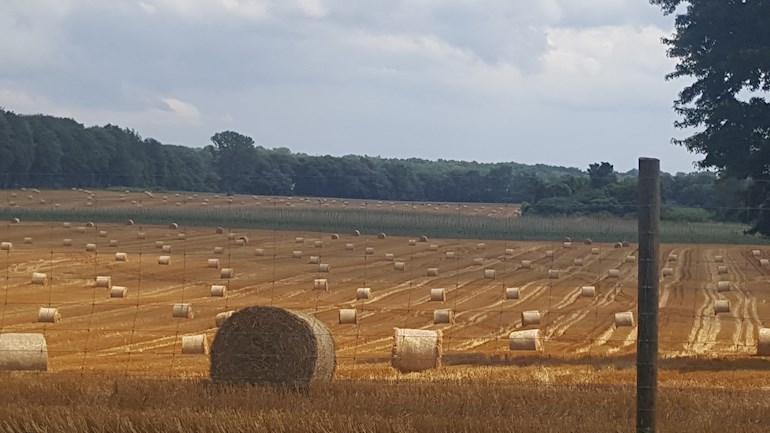 Independence to one degree or another, could be labeled as anarchy, even by those that have no idea if either is a good or bad idea.

Submitted to Anne Landers anonymously many moons ago, was a poem that went something like this:

My name is Gossip.

I have no respect for peace.

I maim without killing.

I break hearts and ruin lives.

I am cunning and malicious and gather strength with age.

My victims are helpless. They cannot protect themselves against me because I have no name, and no face.

To track me down is impossible. The harder you try, the more elusive I become.

I am nobody’s friend.

Once I tarnish a reputation, it is never the same again.

I topple governments and wreck marriages.

I ruin careers and cause sleepless nights, heartaches and indigestion.

I make innocent people cry into their pillows.

Even my name hissssssses. I am called Gossip.

I make headlines and headaches.

Before you repeat a story, or tell a piece of someone else's experience, ask yourself:

Is it mine to tell?

The poem was first submitted to Ann Landers anonymously, and has been re-printed millions of times in trade journals, (like the Wall St. Journal) Self Improvement magazines and and journals, in community service publications and countless other types of publications.

One group of people taking the rights and eventually the lives of another group of people ALWAYS requires gossip about things that are not true to dehumanize others, then strip them of their voice.

Groups and governments use it in the art of war quite successfully, too. That's called, "War Propaganda," and it is never based in real facts. It is designed to make adults think their children should be trained to murder on both sides of a battle field, and it is always a fight for the rich to get richer, fought by the poorest of the poor.

So, which war was it in the last 500 years that, "Saved good citizens from evil?"

To take another group of people's personal freedoms away, getting them to turn on one another with gossip and smear campaigns is another effective tool that manipulators use to everyone's peril. Divide and conquer, right?

Smear campaigns are started at coffee tables, kitchen tables, bars, hair salons and barber shops. They have no organized structure, are secretive, and in most cases they just "happen" in a few moments, and then disappear.

That type of destructive gossip ensures ALL of a certain group of people not be heard by anyone that even BEGINS to agree with things they have not actually researched for themselves, "because someone they respect and admire told them it is so."

That is how "social think" allows large numbers of people to belabor the sins of a few to damn the rest to the same hateful judgements.

As soon as the freedoms of the poor and middle classes are gone, so is "Of the people, by the people, and for the people."

These are the types of problems all people face:

The sky rains down mercury from above all over the planet equally, and all over the planet the PERCENTAGES of people being born with birth defects is rising at a rate that matches most of the rest of the places on the globe. (Aside from those living in close proximity to areas where industrial chemical spills are rife, where in these pockets birth defects are a major human disaster. India has a very disproportionate number of areas where the land and water are HIGHLY toxic to ALL life forms, not just human life.

If we don't talk about these things and stop hiding and ignoring the truth about the problem, we will just keep getting the same results. Global disaster. Don't we have enough global disasters to resolve already? Let's stop making more of them by our own actions, ok? Please? 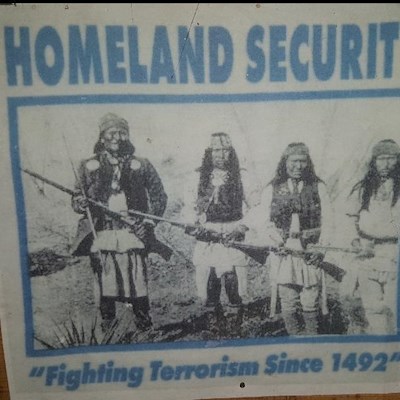 old-soul
To view profiles and participate in discussions please or .
Read more about...
11 Replies
•

You are right of course.

Hey Jimmy Jimmy. Thanks for the kind words. That poem is not at all my words, just to be clear. and I feel like it's really not "me" that's right at all, so much as, "us."

Maybe some of the right people got to teach me some of this stuff I needed to know to survive in the world. I certainly had plenty of the wrong people trying to get me to go along with them.

So, now, I can only hope that we can all share these important ideals with one another and I can learn more stuff that fits the same sort of, "Everyone gets to be safe," type of objective. Call it my childish childhood dream, but it's a flame that never went out.

I've seen you around in some of the same threads I have gotten a lot from and just now looked at some of the topics you posted and wow, you have brought up some amazing topics that I really want to read. It looks to me like there are some great discussions taking place!

I've got to get moving right now, but will find time to read some of those threads through the weekend if not before. The one about "Has mental health gotten better of worse as a result of the internet" is of particular interest to me, and I really look forward to reading what others have said.

Overall, I think that common working class people all over the planet being invited to the conversation together WILL resolve all sorts of global conflict, even, so I think it just makes sense that mental health troubles will become less and less too, becasue everyone is getting tired of the conflict and suffering, and I believe elements are in place for lots of people to begin making "daily conflict resolution with those we don't understand," a bigger priority than obtaining the newest gadget or gizmo. That's my hope anyhow.

Okay, really, I gotta scram or I'll be late. lol

in reply to old-soul

Thank you, im interested i what makes us all feel the way we do.

In my country a lot of things happen in july that can cause strife and conflict for people.

Thank you again for yoir july post, it was really interesting and it said th right things.

WHAT makes us feel the way we do is a life-long study, adn still that can only be done from one's own perspective, What we feel is a combination of 7 different emotions.

That has really been useful in quickly identifying what's going on as far as my feelings are concerned. It works for me. Everyone has their own ideas, and some work for me that may not be at all how things work for someone else.

I shot the picture a couple of years ago. To give it some scale for those that don't know how heavy those round bales are, the ones you see are fully seeded high standard fed bales. They weigh about a ton . . . each.

I did not have to scale the photo down to post it, so if you can do a "Save Picture As:" by right clicking it, you should have a very high resolution shot you can zoom in on significantly. I think it's a really nice shot and worth a look anyhow. {shrug}

in reply to old-soul

It's a beautiful photo, you have a talent there old-soul.

Is photography a hobby?

It is now that point and shoot that turns out like that is available in even old used phones if they were "flagship phones" back in the day. (5 years ago where Samsung is concerned. lol)

The camera really gets all the credit. Believe that. I wish I could post more than one photo per thread, because I took one this evening for everyone, but would rather post it here than start a million "throw away treads."

I'll post it up in a new thread now. I was gonna do it anyway.

gogogirl in reply to old-soul

Wonderful photo- you have a real talent for writing and inciteful, a wry sense of humor and of course photography.

I think I saw this peace, and so appropriate that you brought this out at this time in our history. WIll write more again about this.

It's just a spot up the road and around the bend from me. If someone from the Anxiety and Depression Association of America wanted to use some stuff I shot, or others have shot to raise some money by selling some posters or other t shirts or some other small (OR LARGE) items, I would not be opposed.

I did download a copy of the above picture and yes, the resolution has been dramatically reduced. If anyone wants a full size copy, give me your email IN PMs ONLY and I'll happily send it from my protonmail.com

Some uplifting music heading into the Fourth of July