As I have written, I a 45 year old AMN male who has had some weird symptoms as of late, and I have begun to wonder if it is not all related to Addison's. I haven't had a test in years, though I am seeing an endocrinologist next week. My symptoms are numerous, but currently the most annoying one is that I can't sleep past three or four in the morning. Generally, I have no energy, but then briefly I will feel almost normal. I have also had headaches and facial pain.

Somehow I have it in my head that, if you do not develop Addison's early on in the progression of AMN, you will never get it. Am I wrong about that? I also need to get an MRI to rule out the other, more nefarious cause of strange problems. Any thoughts are appreciated, and thank you to everybody for bearing with me during this time. 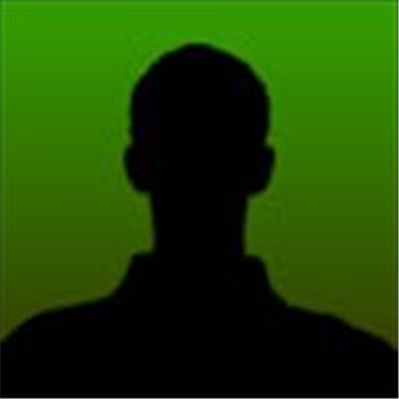 cdp71
To view profiles and participate in discussions please or .
Read more about...
12 Replies
•

When my disease kicked off, before the spasticity and the fatigue, I'd be up at 4am every morning. That's every single morning for about 8 months.

You have no energy? Fatigue.

I had a lot of headaches.

All treated with drugs, every symptom. But at this rate I wonder what I'll be like aged 50.

Time for you to see a decent neurologist/endocrinologist.

Best of luck, keep us informed,

cdp71 in reply to monkeybus

As always, thanks for your response Monkeybus. However, you did not provide the exact type of information that I was looking for. Getting more to the point, did your sleeping difficulties precede an Addison's diagnosis? Were you diagnosed with Addison's after AMN? Were you diagnosed with Addison's after the age of 40? That is really the type of info that I am looking for.

Thanks for any further information.

monkeybus in reply to cdp71

You are right, cdp71, it was just the broad similarity that struck me.

My hormones are low but not critical.

No Addisons for me (yet).

There is no rhyme nor reason to this poxy disease. Different people, different symptoms, different times.

I am on holiday soon, I'll post a timeline of all of my symptoms/trials/tribulations soon.

I am 53 and I was diagnosed with Addison's at 17 after my brother had an Addisonian crisis at 19. No one ever mentioned ALD or AMN.

Fast forward 17 years and I get a call from my brother who tested positive with AMN. He was having gait problems a few years before.

Unremitting fatigue and darkening of skin are two common symptoms of Addison's. My brother and I had a dark complexion. Also, dizziness upon standing from a sitting position, salt cravings (due to electrolyte imbalance), low blood sugar and weight loss. I do not think headaches is a symptom and I am not familiar of getting Addison's years later after a diagnosis of AMN. Addison's usually is the first symptom of AMN for those with this phenotype. Nevertheless, get tested (ACTH stimulation test) and keep us informed.

Actually, those with AMN are almost certain to develop Addison's disease at some time during the disease's progression. Goog.gl/1Yf8ZZ

Is it just me that has very low blood pressure?

cdp71 in reply to monkeybus

What do you consider very low?

I couldn't say off the top of my head, but whenever I go to a random doctor and they check my pressure, they are always shocked.

It's always been low. I'll get it checked and report back.

I have had peripheral neuropathy for 10-15 years. After AMN was diagnosed last year, I took a synacthen test, which indicated that I didn't have adrenal insufficiency. Subsequently, I was told by my consultant (at London NHNN) that I was very unlikely to develop Addison's disease. It may be a time lag, or it may be that there is a gradation of results between those who show some impairment and those who don't. I don't know.

I contacted Dr. Gerald Raymond who was Dr. Moser's clinical partner and asked if one can develop Addison's after having AMN. His response:

Absolutely possible. There is no correlation between neurologic or adrenal issues. While it would be rare, I would not say it impossible to get adrenal insufficiency in adult life even after the AMN symptoms.

Thanks for the info SonStream. I am going to see an endocrinologist today.

For purposes of finishing this thread, I apparently do not have Addison's disease. Thus, the search for the origin of my mysterious ailments continues.

Hi, Just diagnosed with AMN at age 45 and medicated for addison's disease since 1997. wondering if

carrier of addisons diease just would like to know what does this mean do I have the addisons...

I have addisons disease, but not sure if I have AMN

and have questions regarding the relationship between addisons and AMN. I have had addisons...

Increased production of urine from Addison's?

just wondering; if you have AMN and also Addison's disease, is there a tendency that you produce...

Luckily I have had regular checks for the past 10 years so this was picked up...