Need a little advice about my symptoms - Women's Health

Top of left foot is numb

Weak arms at times and leg

Over welming feeling in leg cannot discribe it

Went to hospital a month ago had tests ct mri of brain and bloods and they are all clear of a stroke so thats a relief and theres a 7 month waiting list to see an neurologist !! So im doing a bit of rearch as to what it could be 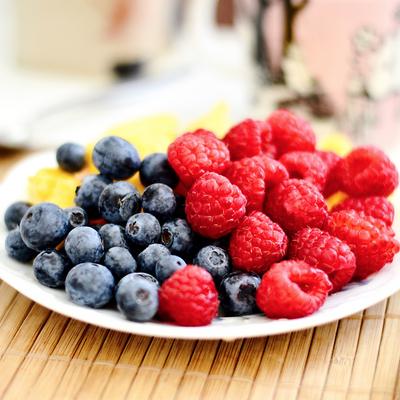 Ginajones
To view profiles and participate in discussions please or .
13 Replies
•

🙂 I had accumulated an odd set of symptoms and was also referred to a Neurologist, There can be a fairly long wait for an appointment so it pays to be prepared for the actual event. Keep a diary of symptoms..if anything triggers them, how long they last and how they make you feel.

At the appointment..if there’s anything you don’t understand, ask for it to be repeated or put in a different way. Don’t hesitate to butt in, you may forget to ask at the end of the appointment. Make notes, or take someone with you so you remember what was said.

If this turns out to be Neurological, remember that some symptoms can overlap with other conditions and you may not be able to have an immediate diagnosis.

It’s very worrying when you have unusual symptoms, but a huge relief when the possibility of a stroke is ruled out. You could ring the appointment number and say you’ll take a last minute appointment at short notice 🤔

I didn’t have symptoms similar to yours, I was initially misdiagnosed with Epilepsy, but I was eventually diagnosed with Idiopathic Cerebellar Ataxia. I started off having Deja Vu episodes, and a seizure in my sleep. Then poor balance, eye problems and eventually falls.

Ahh bless you ! Hope you feeling a little better now x thank you again i will write it all down before my visit even tho i feel like a hypochondriac xx

As always if you can afford it pay to go private to see a consultant ..I'm. My area northwest its around 150.00 I went to spire twice got in to see someone within a week ..the option was a 52 week wait on nhs..this was for gynie so if u can and see what his advise is you have the option of going nhs for tests etc if private is too much..its worth considering jx

Hi I know its down to finances just thought I would throw it in incase you didn't know lots of luck hope you get it sorted sometimes these problems have no answers I had horrific left side pelvic pain lasted 6 weeks nothing would shift it.paid for ultrasound found a small polyp but not pain related so went down bowel route had fit test came back positive with blood so I was besides myself luckily with that they fast track it ..I was thinking all kinds of things convinced myself I had something sinister..had a ct colonoscopy found nothing in my colon but found a small cyst in pancreas so here I go again with health anxiety so couldn't wait on nhs as was told have another ct in 12 months paid to see a gastroenterologist...which he said as I'm a non smokef don't drink alot good weight he thinks its more than likely just a cyst..and ok to wait 12 months..tbh every pain I get I wonder is it that ..health anxiety is the worst thing ...in your case I'm sure if you had a mri they would have seen anything sinister as these machines pick everything up..my consultant said my pains as they suddenly just went with no obvious reason was prob a infection that had cleared..I'm 62 and never had health problems so its given my health anxiety...anyway I'm sure they would have seen something on yours and like I've said sometimes no emanation stress can cause alot of symptoms hops my long chapter ha ha has helped a little jx

Aww bless you x thanks so much hope your feeling much better now !! Yeah health anxiety is horrid im not worried its anything serious (fingers crossed ) lol but its just the waiting !!! Im sure it wont be much longer now 😊 xx i ve just kniwn for a while now im not right you know !! Xx

Hello, many of the symptoms you describe are symptoms i have experienced in the past. I had stabbing pains in the head and face, sometimes what felt like cramping pains all over my head, stiff neck, muscle twitching in eyelids and burning sensations in my hands where they felt like they were red hot even when I was cold. I had a brain MRI, brain EEG and bloods. Everything came back normal. I then happened to know a private physio who when i mentioned my symptoms stated they sounded like 'classic neck issues'. He examined my neck and confirmed my neck muscles were extremely tight and angry. I then saw an NHS physio for an MRI of my upper spine and neck. My private physio was right, my neck was causing all these issues - the tight muscles were irritating several cranial nerves causing trigeminal and occipital neuralgia. Arm and hand neuropathy also linked to neck issues. I attended physio for a block of therapy sessions and carried out exercises prescribed daily. It worked, with the exercises and postural changes the symptoms disappeared. It took months, not weeks but it changed my life. If possible i recommend you get yourself a physio and request an MRI of your neck. Take care. X

Ginajones in reply to Sar94

Thank you sar94 Appreciate your reply This has been going on for years now waiting to see neurologist did you get leg and foot problems too with your symptoms my left top of foot is always numb and get pins and needles in my left leg almost daily ?? Thats interesting info will take it on board thanks again xx

Sar94 in reply to Ginajones

Bless you, i hope you get an appointment through soon. I kept getting what felt like a numb sensation in my left shin and would occasionally get stabbing pains in both legs. My physio did say that sometimes the lower spine compromises posture in order to try and relieve tension in the neck so it may be that your lower spine is compensating for your neck issues and therefore also effecting your lower limbs. X

Ginajones in reply to Sar94

Ahh that makes so much sense x should of sorted it years ago i know im a little worried i caused perminant damage because ive left it to long !! Thank you for our chat its opened my eyes !! Xx

Hi have you had blood pressure checked I had similar symptoms before my a&e visit my bp was very high and had papilledema got referred to neurology ,, hope you get sorted good luck 🤞 x

what about surrogacy?Need ur advice

what way is possible child's registration? How to could choose a surrogate mom? thank you in...

between 18 -50 days. Some periods have started right after having sex. They are usually heavy but...

here can point me in the right direction. I suffer from severe PMS, with symptoms that the GP's and...

my hands arms get pins and needles and feel like there dead, Iv had some really wired symptoms my...

Should I go to the GP about my period?

Dr reckons endometriosis but not sure