So biopsy results from my colposcopy came through and dont know what to think. Not at stage CIN2 as I hoped for because it's less of a procedure but CIN3 it has came back as. I dont want to go googling as this will set my anxiety off and will send me in to a panic. Letter does say there is nothing to suggest the c word so what does that mean. Does it mean all tests have been done and they have just found CIN3 and nothing to worry about but do need treatment to remove cells before it gets worse. So all tests have been done and now it's treatment stage? 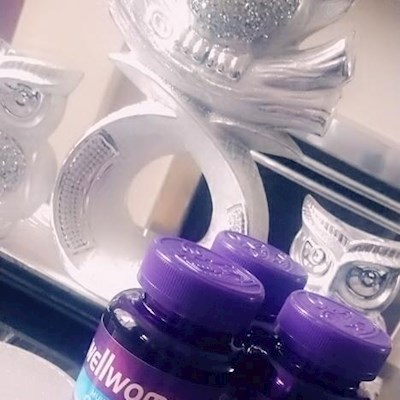 L1994
To view profiles and participate in discussions please or .
Read more about...
20 Replies
•

I've not had this myself, but know others who have, so I might be shaky on the timeframes:

CIN3 has the potential to develop to cancer, but at the moment it's very easily treatable. I don't think you get any more tests, after CIN3 is identified, you'll just get treatment. It's quite a simple treatment, just needs 1 day & I think a follow up a week later. I think a few months after that, you get another checkup before being confirmed all clear.

I think you will be given more frequent cervical smear tests for a few years just because you're considered at higher risk now.

Thank you so much for your response. It is so scary going through this. I just want to know more so I know what im dealing with but my anxiety stops me from ringing the hospital for information over my concerns.

May you feel better and relax and breath and enjoy activities and shows that make you smile. Or music therapy and meditation if you do that. I hope your surrounded by a feeling of love and think of all the times you were loved the most.

This is what ii had. Ii had it removed with LLETZ: and it’s not come back 4yrs later I’m still all clear on smears, don’t worry till u need to easier said then done.

The worst thing is is that I have to be put to sleep while having the loop excision done. I have my appointment and it's all through Christmas so I'm not going to be enjoying new year as i have it done on 31st December xx

Just think this is the end of the year it’ll be done and next year will be a brand new start without having to worry about this anymore.

No they said because of the area that I will have to be put under a general anaesthetic. Xx

You do not need to worry with CIN 3. The treatment is straight forward. You have not got cancer because if you had they could tell from the biopsy.

As you know I had the same and found the treatment really straight forward and I had no more problems afterwards.

Even without treatment there is still only a 12 percent chance it would have become cancer in 10 to 20 years.

Try to do things that occupy your mind and distract you from worrying.

Also eating regularly, excercising and not getting over tired will help.

Try to enjoy Christmas and forget it completely.

Thankyou. I have my appointment for procedure on 31st December. Not going to be able to enjoy new year as I have to be put to sleep to have loop and its a day case they said so will be in for the full day xx

Yes I understand you will probably worry about it all over Christmas. It will also stop any plans for New Year. But it will all soon be over and you will be able to put it behind you.

I had cryosurgery on mine which is freezing as I said. After that I have been clear for the rest of my life and no longer need smear tests at all as I am over 60. I did have smears every year for a long time though which was my choice, not the gp practice who kept telling me I did not need them so often after the first few years but I wanted to be safe rather than sorry.

I think in a way as yours involves removing the area completely you have even less to worry about than I had in the future. I was told there would be no chance of me getting cancer as long as I had regular smears. It did make me worry each year while awaiting results however and I think annual smears was over the top. You just need to have them as often as they recommend afterwards.

Very good luck with your procedure.

Hope you are able to relax a little over Christmas. You have had your results of your biopsy and know it is not cancer. It is a minor condition which just needs some treatment which you are having very soon.

Thank you so much for your kind words. I do know that the sooner it is done the better and I have to go through this to put it all behind me. It is a downer that it's over Christmas but I'm sure next year I will have a better Christmas xx

You will be fine.

I’ve had treatment for this many years ago and all has been clear since so although it sounds scary please don’t panic - consultant told me that sometimes CIN3 can turn to cancer if not treated but in most cases it does not. So get your treatment and get rid of the worry and please let us know how you get on. Best wishes for a happy and healthy 2020 xx

L1994 in reply to Cassandra

Thank you. Yes I will let you know how I get on as its under 2 week away for my procedure. Also wishing you the best for 2020 xx

I had cone biopsy to remove CIN3

24 years ago. All has been OK with no return.

Thank you. They are doing loop excision under general anaesthetic to remove mine. Fingers crossed all clears up well

Hi all, newbie here. I would be interested to know your ages when CIN high grade was found? I was found to have this post menopause and it was suggested I had a full hysterectomy which I did, so that solved that problem. My 25 yr old daughter was found to have CIN and GCIN after her first smear test. She under went the loop excision and was checked every year for 5 years and thankfully all clear now. I am beginning to think my hysterectomy could have been avoided but I guess being older and in no need of my bits including cervix I must add it,was maybe the best route?

Hi I am also 25 was my first smear. I have CIN3 not been told I have GCIN altho i think that is the stage after CIN3 isn't it. Xx

Hi, yes that’s my understanding but they got rid of both with the loop and I believe a cone biopsy was used too. So, don’t worry too much as neither are cancer but are pre cancer and can be cured with a small op . Let me know how you’re doing 😊

Need a little advice about my symptoms

) i ve been suffering from what i thought was a trapped nerve in my neck but as the years have gone...

scaring me. I have had operation that has been successful in removing the abnormal cells on my...

Worried about having my operation for CIN 3 in the morning.

I have my operation in the morning and I am so worried with my anxiety. I havent been well to start...

Thinking about having a baby

So I have been thinking of having a baby. So I told my best friend who thinks it would be a good...

Is a cardiac pacemaker a good choice with chronic A-Fib?