A reminder that we have TWO POLLS running for people with thyroid disorders to report their experiences of receiving Covid-19 vaccinations.

These two polls have been so informative, thanks to everyone who has participated so far!

To register your experience of your FIRST shot of vaccine, please click this link: healthunlocked.com/thyroidu....

To register your experience of receiving a SECOND shot, please click this link: healthunlocked.com/thyroidu...?

❊ Comments are welcome on both polls, but ONLY in relation to YOUR experience of RECEIVING vaccinations. ❊ 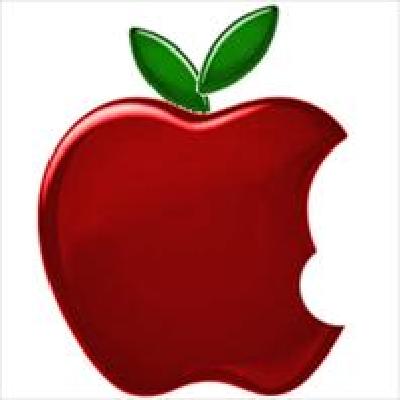 RedApple
Administrator
To view profiles and participate in discussions please or .
Read more about...

Have you done a poll for people who have decided not to have the jab because they have hypothyroidism?

RedAppleAdministrator in reply to Carys21

Carys21, No we have not. This forum is not for discussion of the pros and cons of having vaccinations. We created the polls to allow people with thyroid disorders who did choose to be vaccinated, to share their Covid-19 vaccination experiences with others.

Would it be possible to have a separate poll & thread for long-term/ongoing/chronic adverse effects? That seems a substantially different topic than experience with first or second jab, and important to understand as a separate issue. I know there may be some information in that regard within the existing threads, but difficult to pick out considering the length of the threads. I’d personally certainly appreciate such a thread and find it extremely informative.

Hi asidist, yes I agree with you.I have had tinnitus since the second jab, 2 months ago, and there are thousands of people on Facebook who also have it, and it doesn't look like it's going away. They don't tell people these things before they get the jab, but they should.

ugh, i’m so sorry blondpalomino, how aggravating. thank you for sharing. i hope that’s being reported officially as a long- term effect, and that it does end up going away over time. from what you’ve been able to discern, do you think it seems to occur more commonly among people with hashi’s or another preexisting condition, or more or less randomly?

Yes I have reported it on the Yellow card scheme, hopefully others have too. It's just when they jab you they don't ask any questions regarding your health, which I think they should do. I haven't worked out yet if it's more common with people with thyroid conditions.It does seem though that people who have existing ear/sinus/throat problems that are more affected.

I can't remember the exact words, but they did ask me some questions before receiving the vaccination. There is clearly the intent that this happens even if it doesn't always.

(I have noticed no change whatsoever in my tinnitus from receiving both injections of AstraZeneca vaccine.)

There is a lot of information available - including, as an example, these (rather patronisingly titled) Easy Read documents:

It would be wonderful if we didn't need to check for ourselves but in this imperfect world, it is a good idea to accept that we really do need to do so.

blondpalomino in reply to helvella

Hi Helvella, there is nothing in the publication to say it could cause tinnitus or make it worse if you already have it. They just say you may get mild flu symptoms.The problem is people couldn't register it as being a problem until they had the vaccine, then it was too late! Most people over 18 by now have had 1 dose anyway ,so unless they have scoured the internet to find out other side effects people have had, and refuse the vaccine, it's too late. I just had mild flu symptoms after the first dose, but after the second one I got the tinnitus the next day, very loud and had to be caused by the vaccine as I have never had it before, and still there now after 2 months.I didn't expect to get this after I was o.k. after the first dose.

asidist I hear you. We're not promising anything though, if only because the poll facility on this forum is extremely limited indeed. But, IF there were to be a poll for long term/ongoing effects, what do you think the poll questions should focus on?

Sorry, can I add a few thoughts too please? I know it’s more time consuming to wade through qualitative data, however by asking an open question ‘did you suffer symptoms other than mild flu like etc.’ Could unearth other symptoms that are coming to light like titinitis. I do feel another survey would be very valuable. It’s only by asking questions that we will know and be able to feed into any further or larger research. Research is dynamic, we only know as much as we’re prepared to ask. Btw I’ve been jabbed - yet there’s another issue here regarding that old fashioned concept of free speech and democracy. I value living in a democracy and understand people have the right to their own decisions and expressing them, even if I don’t agree. Every time we hear a different opinion we’re pressed to exercise tolerance and consider anothers’ Perspective. Democracy is not a noun but a verb. So ask questions, lots, and please don’t shut discussion of covid 19 and vaccines down.

ShatteredofLee, thanks for your input

Hello, I'm going for my AZ jab today. Thanks for setting up the poll. I wanted to read the polls to mentally prepare before going. I can see how to add my experience. How can we read them please? This would help lots of people I think.

At least, that is how it is for me but different browsers, etc., can make a difference.

thywillbedone in reply to helvella

Aah brilliant thank you - obvious but not to silly me!

Just wondered if you had had any feedback from people reacting to the lateral flow test - or is it just me? Chemical reaction to the swab, not a physical difficulty with the test which was pain free and fine (and negative). Cheers

I had both shots without any sort of side affect. I’m 99% sure in December I caught Covid as for some reason just couldn’t breathe and the medics couldn’t get my oxygen levels up so took me in But after 3 days it just vanished as quick as it came. I’ve normally very good well Great (my immune system that is) with anything it throws at it. I never catch coughs or colds either. Hope this helps.

regarding Covid-19 and thyroid disease, we have now updated our statement:

posts with this topic: healthunlocked.com/thyroidu......

Covid 19 and Guidance for Hashimoto’s patients

or covid-19. Have a look at this post for more information : healthunlocked.com/thyroidu...