There is an open access article that you can download and show to your doctor: Effects of Long-Term Combination LT4 and

[NOTE: In this group, we usually discuss T3 and T4 or FT3 and FT4 (F="Free"). The authors added the "L" for "Levo" which describes the molecule of the treatments they were using.]

• Even after years of levothyroxine monotherapy, some patients

believe that they still have an impaired quality of life.

• The meta-analysis of combination therapy has been negative for

combination therapy in managing hypothyroidism, and the data

reported on some general well-being questionnaires also are

and hypothyroidism before starting combination therapy because

they have not been ruled out in previous literature.

• In our population, the symptoms of hypothyroidism improved

significantly as reported on follow-up encounters with subsequent

and furthermore, not resulting in hyperthyroidism that

You can download a PDF of the entire article here: ncbi.nlm.nih.gov/pmc/articl... 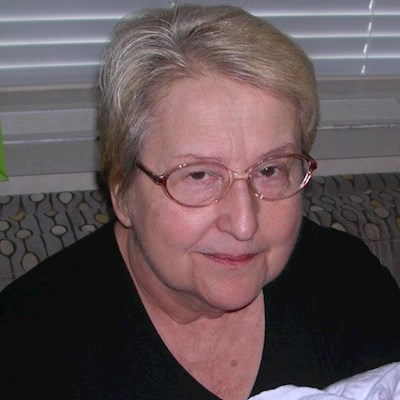 vocalEK
To view profiles and participate in discussions please or .
Read more about...
10 Replies
•

We've been aware for a very long time that combination T3/T4 suits many especially those who cannot improve on levo alone.

One of our Advisers and the team have also proven that combination might be preferable for many not improving. diogenes

The main problem is that all doctors in the UK have been told they can no longer prescribe T3 - never mind the patient remains unwell on T4 alone.

Why prolong suffering and not provide what is required by suffering patients.

I should stated that in the UK patients who were taking T3 only or T3/T4 had their T3 withdrawn without notice and the immense worry that caused plus returning symptoms. The professionals who made the withdrawal decision have no 'compassion' - I think a word that should accompany the word doctor is healer, in that every single effort is taken to relieve patients disabling symptoms rather than not bothering one iota if the patients' symptoms return and stipulating that only levothyroxine is effective.

TSH110 in reply to shaws

I didn’t even have a life anymore on that stuff (Levothyroxine) I seriously considered suicide but luckily discovered it was something NDT could fix in next to no time. Thank goodness for this forum. I have the DIO2 polymorphism for poor T4 to T3 conversion.

Great post - the voice of reason rings out from this paper! The truth will out.

shawsAdministrator in reply to TSH110

One of our Advisers - diogenes and his colleagues have also had proof. This is a previous post:-

TSH110 in reply to shaws

Yes the proof is coming out thankfully, from different well thought out research projects such as this and the invaluable work of diogenes and his team. It is an uphill battle against the status quo but I believe the research demonstrating the superior efficacy of combined T4/T3 synthetic and natural (NDT) hormone therapy will become so overwhelming that eventually the myth of the T4 gold standard monotherapy being the best and only treatment for hypothyroidism will be shown to be the unscientific nonsense it really is and it will become indefensible.

vocalEK in reply to TSH110

I've read that 80% of hypothyroid patients are satisfied with their health on T4 monotherapy. I don't know how accurate that statistic is, though. Wonder if they have presented a list of symptoms and asked the patients whether they are free of most or all of them.

Or if they need an antidepressant or a statin etc...

TSH110 in reply to vocalEK

This study say one of the drawbacks of their research is they did not have a T4 only group to see how they compared. I have several hypothyroid relatives that say they feel well on T4 monotherapy and it appears to suit many people. I do wonder if long term health issues have been properly monitored given it does not appear to to be as good as combination therapy in restoring thyroid hormones to optimal levels. I for one cannot seriously believe this has no long term consequences for the recipient. How can it not have? It is not what our bodies would settle for if all were well, which sends alarm bells ringing for me. I even think having to take thyroid hormone replacement therapy will never be as good as having a healthy functioning thyroid gland and must have some negative effects and long term consequences. Minimising these seems a wise thing to aim for. Freedom of choice in treatment type with individual dosage optimisation would soon reveal which ones people felt better on and in what proportion. May be T4 would be the least popular may be not. I hope one day we will find out.

TSH110 in reply to vocalEK

It has to be a projection and it’s accuracy depends on how good or dependable or statistically significant the information from the sample thus extrapolated (to encompass all people with hypothyroidism who are taking T4 only medication for it) really is. I suspect there is a large margin for error! May be 80% just put up and shut up with it because they have been brainwashed into believing this is as good as it can ever get because that is the only treatment for hypothyroidism known to man! They fooled me with that fiction, but only for two years. I discovered there were other options and I decided to try and help myself if that was the best the medical profession could do for me and see if I could improve my situation with one of those. And boy did I improve! Why were two more years of hell on levothyroxine added to my decades of suffering with undiagnosed hypothyroidism I now ask myself.

of levo. I did notice some improvement after the introduction of vitamins/minerals. Levels will be...

wondering if anyone has heard of any studies showing the adverse effects (dangers) of T3, since...

If on combination treatment

I do? Where do you need your levels when on combination treatment?

to take with me though is official/ mainstream studies & well respected papers that illustrate that...