If any UK members have suffered augmentation of RLS symptoms on Ropinirole. Pramipexole, the Neupro patch or other dopamine agonists, PLEASE REPORT it via

Unless and until the authorities and medical profession see the scale of suffering, these drugs will keep being prescribed and we will not get the help we need during withdrawal. 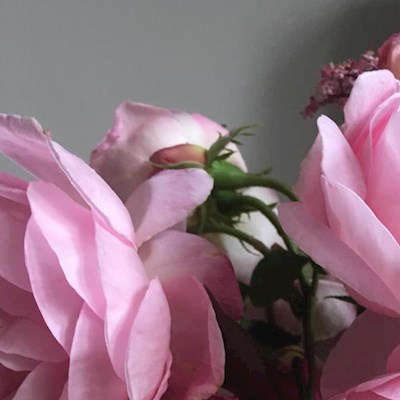 Joolsg
To view profiles and participate in discussions please or .
Read more about...
68 Replies
•

Done this Jools. Thanks for sending the link.Pam

KaarinaAdministrator in reply to Pam34

Thank you. I do hope others will follow your good example, Pam.

barbarylane in reply to Pam34

What did you put in as the side effect? I tried using just augmentation but it wouldn't allow me just to use that one word

Pam34 in reply to barbarylane

Nor me. I think it allowed me to put in restless leg syndrome and then I explained about augmentation in the box below.

barbarylane in reply to Pam34

Great, I put in restless legs in the side effects and then in the detail below I put in augmentation. Thanks!

How can we get something like this for reporting in Australia.

Joolsg in reply to Jules1953

You already have a website where you can report augmentation on Sinemet, Ropinirole and other DAs.

Jules1953 in reply to Joolsg

Thanks very much for this information.

All done! Thanks for the link.

Joolsg in reply to yorkie24

Thanks, Jools! All done. Is definitely worth it. Every little helps.

Joolsg in reply to Moonwalker1967

Any way to report in the US that anyone knows of?

FDA reporting is via link below. Even though I live in the UK, I used the link to report augmentation on Ropinirole in 2016. The more the merrier!

Another top tip and advice from Joolsg

Joel’s you are truly a gem. Thank you for all you do.

Thanks Lilcatfeet. I don't do that much. I just get very angry every time I read help groups and see so many people on DAs and they genuinely have no idea what augmentation is. They think it means tolerance and that all RLS drugs will lead to tolerance so they may as well stay suffering on Ropinirole/Pramipexole etc. Tragic.

It is an issue, for sure, and largely due to drs ignorance. Both my gp and neurologist still say Mirapex is the drug of choice for RLS, despite my having given them both the Mayo Clinic article.I know they’re both very busy but they’ve obviously not read it. I believe as well that they don’t know about the iron situation. The only one who did was my physiatrist who is also the only one of my raft of specialists who looks at me and my health issues holistically. I am currently looking at surgery which will leave me non weight bearing for many months. The thought of augmentation of the Neu pro during this time is horrifying.

The most recent algorithym from Mayo Clinic moves these DA to second line and advances gabapentin to first line med due to augmenting.

Several articles have recently been published on augmentation. A bit sloppy seeing that this severe augmentation has been known since 2008.

Every med sheet explains that physician must monitor patient response to the medication. Do no harm. What kind of doctor continues to renew a script long after patient is clearly in trouble?

Too many. Have a look on this site & every FB help group. Neurologists are STILL prescribing these dangerous drugs as first line treatment and switching patients from Ropinirole to Pramipexole and vice versa even though the patient is clearly suffering augmentation.The widespread negligence is terrifying.

Greenleaf360 in reply to Joolsg

I participate in two facebook groups dedicated to RLS. The most common post is someone who is augmenting and the doctor continues to write scripts for a dopamine agonist. This speaks very poorly to the state of medicine in America.

It's the same here in the UK. There are only about 3 or 4 RLS neurologists and all of them will try to switch patients who have augmented on Ropinirole or Pramipexole to the Rotigitone patch. They try to say it has the lowest rate of augmentation but that is only if it's the first DA given and kept to the lowest dose. Most doctors just donot see enough patients with RLS to realise the scale of augmentation.There are hundreds of thousands of patients on these drugs, most are jow augmenting and doctors have no idea how to deal with them.

We really need a high profile legal negligence claim to highlight this.

Robin Williams, the lovely actor who killed himself, was taking Pramipexole. His widow believes it contributed to his death. I have no doubts! Anyone going through augmentation severely will know how dark those times are.

Very few get off these drugs without severe withdrawal.

OMGOSH I had not heard that about Robin Williams. Terrible if it’s true.

It's very worrying. He was on Pramipexole and was switched to Sinemet. He may have been suffering DAWS which is very under researched and under reported. So many members of this forum seem to suffer depression after getting off DAs.

Wow that is tragic. It would not surprise me whatsoever, sadly.

Greenleaf360 in reply to Joolsg

Know Karla. The wonderful Dr. B is on our main RLS UK page explaining Augmentation. We direct all new members to the video and the Mayo algorithm. Just too many people not getting the message or too scared to listen to it. I remember the thought of stopping Ropinirole terrified me. So glad I found this site, and Dr Buchfuhrer's email. The man is a Saint. He helps everyone who emails him.

I joined RLSUK. I also requested some leaflets and cards which arrived today. I carry them with me and I’ve put one on a noticeboard this afternoon. My plan is to get them locally in as many places as possible. Is it just helps one person it’s worth it, and it’s such an easy thing to do

This is exactly what happened to me with a recommended neurologist ☹️ Will do a new post shortly.

Sadly, even most neurologists know NOTHING about RLS. It is criminal and we really need to think about legal action for negligence. There has been a successful UK case for ICD on DAs but not yet Augmentation.It's infuriating! They won't do blood tests or consider iron infusions & still prescribe the Neupro patch when patients are clearly suffering swvere Augmentation. They just don't read the research to update their knowledge.

Please do post as we need to realise how appalling medical treatment of RLS in the UK is.

Something wrong the yellow card won’t let me report Pramipexole

I wonder if it's under Mirapex?

It let me report it earlier

Have filled in form. I hope GP's take notice.

Joolsg in reply to dahon

Thanks Jools, have just done this.

Done! Thanks, Joolsg, for posting.

Done 👍Thanks Joolsg for posting, been meaning to do this for months.

I wonder if it is worth there being a pinned post regarding the yellow card scheme as a constant reminder...

Joolsg in reply to Nettles68

It is now a pinned notice. Problem is not many users read them! Worth a try though!

Joolsg in reply to Kaarina

You're a star Kaarina. Many thanks.

KaarinaAdministrator in reply to Nettles68

It is a Pinned Notice as of now! Not many users read them but it is worth a try!

Nettles68 in reply to Kaarina

Done, Augmented on Ropinirole 10 years ago and GP finally told me to stop it immediately and start Pregablin.

Some people on another site are having trouble entering the word augmentation as it is not being recognised. The way round this is to enter addiction, then further down the form add augmentation and go on from there.

Everyone on a dopamine agonist augments eventually. When i read your question it seems odd.

Do you mean the fact I started the post saying 'If any members have augmented..."?I agree that eventually every person taking these drugs will experience augmentation of their symptoms but there will be people who have not yet started to experience a worsening of their RLS.

LotteM in reply to Greenleaf360

"Everybody on a DA will eventually augment" is not true according to current knowledge. Remember that people on the forum are a specific subset of RLS sufferers, those for whom the standard treatment doesn't work. In studies a rate of augmentation of about 7% annually has been assessed. In the longer term that levels off at about 70% or a bit more of all people that started a dopamine agonist. We won't see people on the forum that after many years still successfully control their RLS with a DA.

That doesn't mean that augmentation is not a serious and fairly frequent side effect. I do support wholeheartedly that people should be warned. But not always warned off.

True. I have seen a few RLS patients on other forums who say they have been on a DA for 20 yrs and not experienced augmentation. A rare breed.

Just filled mine in. GP’s are in too much of a hurry just to script us these demonic drugs! Instead they should be referring us to neurologists who will no doubt have more of an understanding of this hellish condition!

mustard (paste) and seen improvement in their RLS symptoms? I am in Day 3 of trying this and it...

The new RLS Medical Alert Card was sent to members of RLS-UK with our newsletter in early October....

contains a list of meds that worsen RLS (including Dopamine Agonists) and lists safe alternatives....

New report in about Lyrica

couple of minutes before rls sets in. Most nights I use it I do not get rls. I cannot believe it....

Can buprenorphine cause augmentation