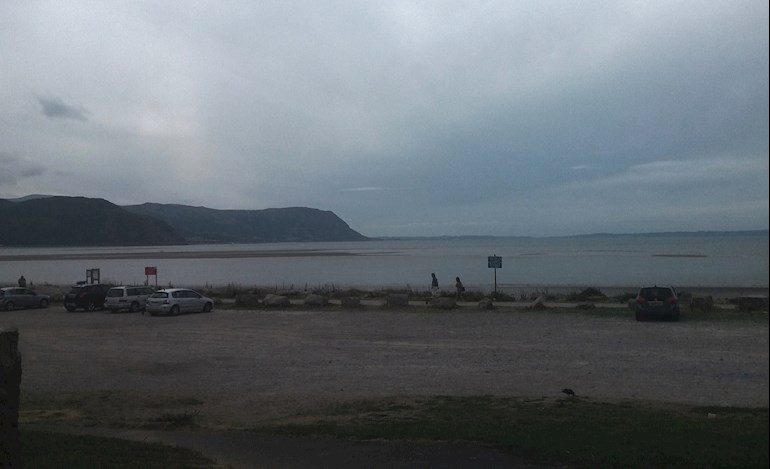 I was a bit nervous about this appointment - I'd had a dream a couple of nights ago where I saw a doctor who dismissed everything I said and told me there was nothing wrong with me - but this couldn't have been more different. Dr. Chitale was lovely. He really listened to all my history of aches and pains and tiredness that go back many years but got a lot worse about two years ago. He confirmed what I suspected, I have had fibromyalgia for quite a long time but then developed Polymyalgia. It was good to get my suspicions confirmed. He is going to ask my GP to prescribe pregabalin for the fibro - another medication to add to the list with, possibly another set of side effects. I had been a bit worried I might be developing CGA but he ruled that out but made it quite clear that I should get urgent help if symptoms developed. I said I followed this forum and he said it was very good ( more brownie points for him!)

He does want me to try to reduce the steroids though, 1mg at a time down to 12 and then half a mg after that. I'll start tomorrow using Dorset Lady's slow taper. He may consider steroid sparers if I have problems getting down.

He's also given me an open referral so if I want to see him any time in the next 12 months I can make a referral through his secretary. All in all a good visit.

The hospital is quite close to West Shore beach in Llandudno so we went for an ice cream afterwards. The picture doesn't really do it justice, it was brighter and sunnier than it looks. It doesn't quite compare with Italy but there was something nice and homely about the feel of the air and the cool North Wales breeze. At that point I felt quite perky - it was good to feel validated and know what I'm dealing with. By the time I got home, via a Tesco shop, I'd slumped though and just felt doubly tired! I have two excuses now! 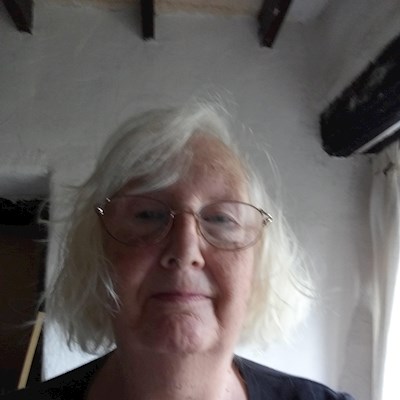 Louisepenygraig
To view profiles and participate in discussions please or .
Read more about...
22 Replies
•

Good outcome - well you know what I mean!

Never say no to an ice cream by the sea! 😊

It was a toss up between ice cream or coffee. Ice cream won!

Constance13 in reply to Louisepenygraig

It would be fish and chips, cockles or whelks for me at any English seaside resort - even if it was boiling hot!!!😀 Can’t get them in the middle of Germany.😟

PMRproAmbassador in reply to Constance13

If you look in a decent supermarket I think you will find frozen fish and chips together in a pack and there are a few versions of fish in batter - even OH will eat them and having tried bits of the fish, I have to say I've had worse in a fish and chip shop! They even have them here...

Constance13 in reply to PMRpro

I know! Lidl sell them “fresh” (ie not frozen) and the are quite good, but they’re not the ‘same’ - think of Whitby!! I buy them once a week, but it’s the beer batter I miss. Usually have them with potato salad (Lidl Pellkartoffeln), can’t be bothered to fry chips.

PMRproAmbassador in reply to Constance13

Ah yes - but Whitby is a seriously special and unusual fish 'n' chip place. And even they have rubbish ones!!!!

Actually - it looks far nicer than the weather here in Italy at the moment! We had a mega thunderstorm - hailstones, drop in temperature of over 15C, rain that was buckets being emptied and it is still raining 3 hours later!

We obviously left at the right time!

Looks OK further south - this has been a very Alpine experience! And still raining another hour later! It'll do the gardens good!

There was quite a bit of rain in Wales while we were away but the hills here still look browner than the hills in Tuscany we're! We're not used to brown grass here. Mountain weather can be quite different can't it. The weather here can vary a lot from one end of the Conwy valley to the other or even from side to side

We had almost 40mm of rain (and hail) while places just a few miles away had next to nothing! I think most of Italy has had a fair bit of rain this year so even with the heat it has stayed green. It is VERY green here - it rained every day somewhere in South Tirol during May! It was awful - you couldn't go out walking or on a bike without risking getting wet

Constance13 in reply to PMRpro

Cooo! We haven’t had rain for 2 1/2 months now here in Bad Sassendorf, except for some pathetic drops. Grass just a brown mess.

So very happy that the appt turned out good and that you have answers to your pains and fatigue. Now onto better health! I too was diagnosed in the early 90's with Fibro and have learned to live with it. Three years ago things started to change and my pain and fatigue was getting worse and mainly in shoulders, arms, hip and legs. My Rheumy just said it was the Fibro. Well it wasn't until April this year when the headaches started and then my vision acted up that is when I was diagnosed with PMR/GCA. In my own mind I was wondering if Fibro is sometimes the precursor to the PMR? But that is just in my head, no facts to back it up. Here's to healing and wonderful days ahead. Added: I stopped taking the Lyrica and the gabapentin for my Fibro, I didn't like the side effects.

Louisepenygraig in reply to kay7954

Thank you. It must be about 5 years since I first suspected I might have fibro. I was talking to someone who said she had fibromyalgia, when I said what's that she told me the symptoms, tiredness, backache and migraine, and I thought 'I have all those'. I looked it up from time to time but wasnt sure as i don't get the extreme pain that lots of peiple describe. About 2 years ago things were getting worse and I was in more pain. Went to doctor to ask about fibro - he seemed open minded about it but wasn't sure there was much he could do. I had blood tests taken then that were all normal. When I bought a book about Fibro everything sounded familiar. I also realised I'd let yeast (as in bread) creep back into my diet and I'd worked out many years before that caused pain. Steering clear of yeasted bread (sourdough is OK) helped a lot . Six months later (March 2017) things were getting worse. That's when blood tests suggested PMR and I started steroids. Dr. didn't seem very interested in talking about fibro so it's good to have it confirmed.

I don't seem to get the level of pain that many people describe with PMR either, but then I thought I probably didn't have cluster headaches because the pain wasn't bad enough. When I said that to the doctor when he diagnosed my when he looked at me as If I was mad!

Dr Chitale sounds marvellous, lucky you. I was told that I had Fibromyalgia by my very first Rheumatologist, alongside PMR. I felt that he was just mopping up the symptoms that didn’t quite fit the Classic PMR picture. There was no convincing examination of trigger points or anything. My subsequent Rheumatologist has never mentioned it, neither have my GPs. I hope it’s not lying in wait for when I come off steroids. Do you know what pointed him in that direction?

Wishing you all the very best, as ever.

In my case Dr. Chitale pushed all the trigger points and most of them hurt! He apologised each time though! But then I'd suspected fibro for a couple of years at least before I had PMR. I do envy my husband who rarely has any aches or pains (mind you, when he does he usually thinks he's dying, or has some terrible illness at least) and goes to sleep the minute his head touches the pillow!

That's men for you!

Glad you got a diagnosis even though more than you bargained for!

Sometimes when we know what we are dealing with, it validates it & you can deal with it as you know ‘what it is’

Hope you enjoyed your ice cream 🍦

I was just saying to my husband what a difference it makes having a doctor give a diagnosis of Fibromyalgia even though I've suspected that I might have for about 5 years now! I can maybe be more consistent on trying to manage it now. Pity both PMR and fibro are conditions that need 'managing' rather than there being a cure for either

The Fibromyalgia is a miserable condition & at least Pred helps the PMR but you may find the Pregablin helps the Fibro & sometimes they prescribe an antidepressant too as it’s so unrelenting it can affect your mood.

I’m just about to post my visit to the Locum yesterday.

That's really good news Louisepenygraig. I'm across the Straits and was also referred to Dr Chitale. He's only been in post locally for a few weeks; there's been no rheumy consultant for some time. I too found him open, honest and he seemed to listen. If it's any help there's also access to 'local', that is Betsi Cadwalder, rheumatology support. It's 24 hour (but out of hours on messaging). Phone them with a query, leave name, etc (hospital ID and they'll access your records whilst speaking) and the specialist rheumatology nurses will sort out concerns.

I liked the one stop shop; saw him at 1400, left him at 1440 with papers for bloods, X-rays and a prescription, all sorted out before 1615 on site. We often knock the NHS, (and the Trust is in special measures for at least a couple more more years for really poor performance) but I couldn't fault the approach and he even phoned me at home a week later after the initial short course of steroid to to determine response and letter to GP advising results and diagnosis was immediate.

Hope all goes well for you.

That's really encouraging. I was surprised to get an appointment so quickly because only a couple of months previously my GP had been unsure about referring me because the waiting lists were so long. I hope he stays. Thanks for the information about the rheumatology support. I have a friend who's a radiographer in Ysbyty Gwynedd. He says the trust in general has difficulty in recruiting staff because people don't know where North Wales is! I do hope the trust can sort itself out. All the reorganisations since 1996 haven't helped.

Visit to the Rheumatologist PMR not the culprit

thouroughly and said I had some restricted hip movement. He thought I could have Osteoarthritis and...

very difficult. He said I had to stick with it even through the difficult times and I should be off

First visit to Consultant Rheumatologist and not good news

2019. Started on 15mgs Prednisolone with good result, but each time I tried to reduce never got...

Visit to the Rheumatologist

helped but not 100%. I saw my primary doctor who said it wasn't a strong enough antibiotic and...