Visit to the Rheumatologist : I went for my typical... - PMRGCAuk 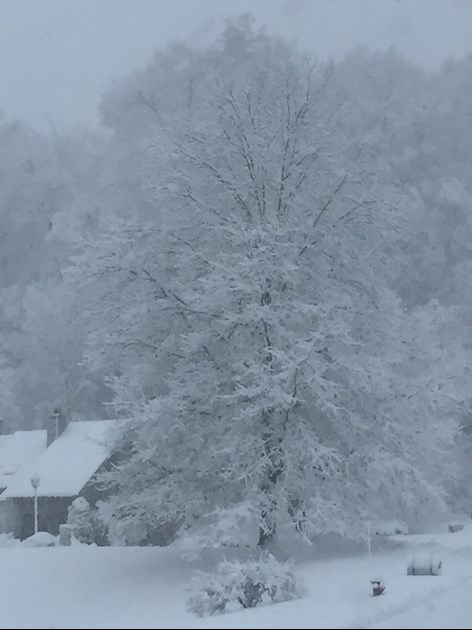 I went for my typical 3 month visit to the rheumatologist today. Things are going well except when he asked about other health concerns. I told him my current saga.

Two weekends ago I had tooth/jaw/ear ache that I thought was a signal that a root canal. The dentist agreed, put me on Zithromax, and saw me on Monday. She couldn't find anything and sent me to a specialist. He took fancier (more expensive) pictures and told me my teeth were fine but I had stuff in my sinuses - I should go to an Ear, Nose, Throat Doctor for a scope. I decided to give the antibiotics a try first. They helped but not 100%. I saw my primary doctor who said it wasn't a strong enough antibiotic and gave a different one. She also checked me for TMJ but didn't find any evidence.

The rheumatologist' response was to ask how often I was getting them ( 3 in 16 months) He then asked if my arms ached soon after starting to use them. They don't. When questioned he said those symptoms combined with my other PMR symptoms could mean something else. Out of curiosity-Anyone have any ideas?

End result of visit: stay on 1 mg for 3 more months. Bloodwork in two weeks after infection has cleared.

Not bad (as long as the sinuses clear)

Hope everyone is doing as well as they can.

TooSore
To view profiles and participate in discussions please or .
Read more about...
10 Replies
•

I am glad that you were able to access those comprehensive tests. Did your doctor specify the “something else” ?

My immediate concern would be GCA as yours probably was. Have the doctors discounted that completely?

When I had intermittent jaw pain a couple of years before my PMR diagnosis, I was sent for various tests on my heart function, including being monitored as I went about my normal life and overnight in hospital. Again nothing. Some things remain a mystery. Good luck!

The doctor discounted whatever he was thinking of when I said my arms were ok. I think the sinus issues were not as frequent as needed either. It was only later that I started wondering, particularly because the sinus issue doesn't seem to be following a normal pattern. Why did jaw pain trigger heart monitoring? Glad you are ok!

Jaw pain can be a sign of a heart attack or at least a malfunctioning heart, as can pain down the left arm. Women’s heart attacks can present in unusual ways apparently - even stomach pain. That is all they looked for. I sometimes wonder if it was the forerunner to PMR as the diseases are closely related.

It could be GCA - but it could also be another form of vasculitis which commonly affects the sinuses and causes chest infections.

I do have Costochondritis - gets better and worse. My primary doctor suggested to get more support in the area when exercising! Shows up when I sneeze... what would the treatment be for vasculitis? I'm not looking for a new disease. I'm doing well with the one I have 😄 Is it something I need to worry about or figure since the doctor dismissed it, I'm good?

GCA/PMR are also forms of vasculitis - but the others do respond to other drugs better sometimes. I doubt there is anything to worry about - that's the rheumy's job.

I have GCA and jaw pain is a symptom as is sinus problems - if the GCA is in your sub clavian artery it runs up the neck and can cause sinus problems I am told.

Are you taking steroids? If so they usually alleviate symptoms initially.

I was diagnosed using a PET scan but now some people do an ultrasound scan of your temples - and also I had under my arms (armpits) and it was clear from that.

Have you had blood tests? High ESR/CRP can be an indication.

TooSore in reply to christine27155 years ago

I am on prednisone but am down to 1 mg. Blood tests in two weeks because the infection will affect the inflammation rates. It's responding to antibiotics but being slow about it. At this point, no other symptoms of GCA and my PMR is fairly quiet. I knew about the jaw issues and ear aches which is why I started investigating quickly. I asked the specialist dentist if he could see anything in his scan that could indicate GCA,(not sure of his knowledge base) brought it up to the primary doctor and the rheumatologist.. I have a copy of the scan if needed although I'm not sure that it would show anything as it was focused on the teeth and their roots, but it did capture the sinus. Were these your only symptoms?

I had similar, though I had never heard until now that sinus can be a symptom of GCA. But it fits. Dec 2016 massive pain in jaw, sinuses. ( Never had sinus in my 62 years). Off to the dentist to check wisdom tooth or possibly root problems, all clear. Off to the dr - antibiotics. All good for a month, then returned worse than before. More antibiotics, no improvement, then BOOM! PAIN!!! Headache I couldn’t jump over, jaw pain, sinus pain, neck pain, ambulance to the ER, cat scan, major sinus infection again, blocked packages, growth in one of them, suspected cancer, steroids prior to surgery to clear infection. Surgery Feb 2016 was miraculous, all fixed, no cancer just nodule. WINNING! But then.....slowly slowly over the next 15 months more aches and pains, weight loss, fevers, more headaches, neck aches, drooping eye, visual disturbances, back issues, jaw pain, tender scalp, hips, legs, arms felt like I’d been used for target practice, frozen shoulders etc...you name it I had it, and it took until June 2017 and immobility for the diagnosis of PMR/GCA. I often wish I had all the symptoms hit me at once instead of one at a time because then perhaps the diagnosis would have been instant, instead of taking 15 months of torture. 50mg pred sorted that out pretty quickly though. Now have successfully tapered down to 8 mg since June 2017 using the DSNS method since reaching 12 mg because at that dosage the body started to complain again. Right now on 8mg I’m starting to have a few symptoms return but it could also be side effects from another new drug I’ve recently started for severe osteoporosis. I increased the pred to 20 mg for 3 days with no improvement so it looks like I’m stuck with these symptoms while I’m on the Prolia. Now I’m back on 8mg pred and will reduce again in a few weeks. It’s a balancing game and not one I want to muck around with, given GCA is so tricky. Good luck, I hope you find your answers sooner than I did.

Thank you for the "heads up". I will keep an eye on things. You are a sticky spot where the your Adrenals are going to have to start working again. Go slow and carefully. Good luck and fingers crossed for us both.

since last October I had an appointment with a Rheumatologist yesterday. I was referred by my...

Glad to say I dont have GCA! However, she said she doesn't think I have PMR but Rheumatoid...

Christmas with a suspected heart attack, one of my symptoms was a tightness in the chest,...

Beyond frustrating visit to rheumatologist

nutshell 1) the rheumatologist does not feel that I have giant cell based upon all clear blood and...

Yesterday I saw the doctor for my second time. I told him I’ve fired my internist and moving on to a