I went to see the Rheumy today. I am on weekly shots of Actemra and 2mg. Rayos (Prednisone). I have been on Actemra for 1 year. For 6 weeks I had really blurry vision again, headache, temporal soreness, headaches with some stabbing pain, and numbness tingling throughout my body (Parathesia). My doctor told me you cannot have a flare on Actemra. Did anyone else have return of TCA symptoms while on Actemra though inflammatory markers were fine.

These array of symptoms can be so confusing. 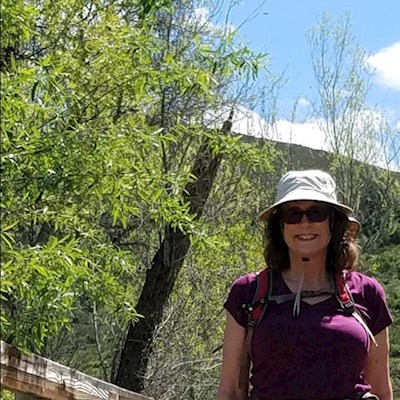 Dream21
To view profiles and participate in discussions please or .
Read more about...
22 Replies
•

Hello dream21, sorry you are having a rough time. When I started talking Rayos I had all the symptoms you are describing. My doctor got me on some different high blood pressure medication and the head and eye pain stopped. The other symptoms were either the prednisone or the fibromyalgia/PMR I was also diagnosed with. I hope this helps you and you feel better soon.

Dream21 in reply to pmrkitty

Thank you so much. These disease symptoms can be darn confusing. Have a great week!!

Sorry I don't know the answer to your question BUT the use of tocilizumab is still so relatively recent for GCA that I don't think anyone can say there is no chance of a relapse even while taking it. How quickly did you get your pred down to that low dose? As far as I know pred is still the only totally reliable treatment for GCA which is why no one is given only Actemra to start. Actemra is described as a steroid-sparing treatment, not (yet) as a GCA-curing treatment. Did you get your Rayos dosage increased to see if it will alleviate the symptoms?

Dream21 in reply to HeronNS

Thank you for replying. This group is so wonderful. I started on Prednisone at 60mg because of GCA. Tapered down to 30 mg in about a year and a half. I could not get below 30mg without my inflammation markers rising significantly and had all the crazy side effects of Prednisone. So that is when Rheumy put me on Actemra . He said with Actemra I cannot have a flare or those symptoms.

Hi Dream21. I too am on Actemra and Pred. I have not had a flare, however if your doc had read the results of the large GCA Actemra study, about 35% if those on both had flares. It is true your CRP will not go up on Actemra because of how it works, but that doesn’t mean you “can’t” flare. There are folks who have GCA and never have raised markers. Might want to talk to him about increasing Pred. Keep us posted!

I am on Actemra weekly and was on 7mg steroids felt crap so went up to 8mg have been struggling last two weeks so yesterday went up to 9mg. Today I felt a bit better head was clearer. So some thing changed I will see if I feel ok tomorrow and if I do I will stay on this dose till I feel ok to go down again. I have GCA and believe I ve had a flear while on steroids and Actemra. 🧐

Dream21 in reply to Lucylooloo

God you are a life saver. Thank you for replying. That is what I needed to know if others felt this way. He made it sound silly for me to say I was having TCA like symptoms. I so glad you took care of yourself and are feeling better!! Thanks again! It is so hard to find someone with GCA and it reassures me that you felt that way at one time, too.

Baloney! Baloney! I have been n Actemra for a year and I am doing well in reducing the prednisone. The beauty, to me, of the Actemra is that I do indeed flare, but recovery quickly....in one day! Everyone is different....but not flaring at all???? Absurd...

Dream21 in reply to Klah

Thank you Kla!! I love this group. He said it could not be symptoms as I was on Actemra. It is frightening. Then you start thinking...well what the heck are these frightening symptoms. So nice to hear from a fellow GCA patient that has traveled a similar journey! Thank you. . Have a great week.

I suspect your doctor may be wrong. I have read a paper about evidence of active disease having been found in a patient who had been on Actemra, despite her blood markers having been normal. It was mentioned briefly in the rheumy appointment I had yesterday and he commented you cannot use the usual blood markers to monitor progress as the Actemra blocks their production by the liver - but that doesn't mean the autoimmune part of GCA isn't still there. (I won't go into the other questions that makes me ask!) And do you happen to know which markers your doctor is monitoring? Do they include IL-6?

I do know that there are quite a few patients who still require some pred to manage symptoms even while still on Actemra and my immediate suspicion would be that you are one of them and you are not on enough pred.

As I understand this article discussing the GiACTA trial using tcz in GCA:

there were flares of symptoms in patients on tcz while tapering. It says

"Of note, there were more relapses occurring during tapering doses between 5 and 0 mg, particularly in the 2-week TCZ and 26-week placebo arms of the trial. It may be for some that there is a requirement for a long-term maintenance dose of prednisone between 2.5 and 5 mg daily."

reports the evidence of vasculitis found at post mortem in a patient who had apparently responded well to treatment.

I'd say your doctor is potentially wrong - relapses CAN occur at low doses of pred even if the patient is still on Actemra and it might be an idea to show him these links. If he won't listen - I think you need another opinion.

PMRPro is right, the disease can still be active on Actemra. I had my Interleukin6 checked and it was high, meaning the disease is still there even tho I don’t have symptoms. It is one way to determine when to taper the Actemra, but it is expensive and few labs run the test.

Thank you so much for your kind reply. Do you still get symptoms while on Actemra? If you feel comfortable, what are yours?

My GCA symptoms were hoarseness, deathly fatigue, low grade fever and sky high CRP and Sed rate. I’d had PMR for 6 yrs already, which may have been a blessing as I’m not sure I would have been diagnosed since my symptoms were less typical. With PMR there was a heightened awareness. Actemra since January, Pred at 3mg and feel great. I couldn’t get below 20mg until Actemra.

We can always rely on you for a fact based answer. Thank you!! I will look at the study. The way you explained it helps me understand what my body is doing. Thanks again and have a great week! I always appreciate your input.

I've been on Actemra for 3 months (for PMR) and have just had a sort of flare, I went up 2.5mg and felt OK again.

I don't think the rheumi's know much about how Actemra acts, yet. Mine has given me a tapering schedule and a prescription for Actemra only till December, by that time, he expects me to be off the pred completely. I think it's wishful thinking, but we'll see!

But I must say, the Actemra has helped my symptoms tremendously. I am now able to do a lot more activity.

While some of your symptoms do sound like a flare of something, I'm wondering how your adrenals are doing? How is your energy level?

Dream21 in reply to Hindags

My adrenals are fine. I went to have them checked my an endocrinologist because I was literally exhausted for 2 months and sitting on the couch. He initially took me off Rayos and then added 2mg. back in. I am very tired still and have very limited activity. I am like a slow motion movie.

I have GCA and PMR and am taking Prednisone and Actemra. The Actemra/Tocilizumab is not a cure for PMR or GCA according to my Rheumy. It is to help reduce the dose of Prednisone not eliminate it. I have had a Flare on Actemra, not as bad as before but still a Flare. I hope this helps.

So in other words it is a VERY expensive steroid sparer - though to be fair, it works unlike the others glorified with the descriptor!!! And I have still to be convinced that its side effects are any less worse than those of pred for a lot of people (like me for example).

I think I was the typical candidate to put on Actemra: GCA/PMR. I had started at

60 mg Prednisone and slowly weaned down to 30mg. after a year. Every time I lowered from 30mg Prednisone, my inflammation markers shot up again (65 ESR). I tried other prednisone sparing drugs with no results. When Actemra was approved for GCA in the US, I started with every other week shots to weekly shots. For me personally, it was a Godsend. I was able to wean myself to 0mg. Later the doctor added back 3 mg. Rayos. For those of us with numerous steroid symptoms and inadequate response to Prednisone, I am thankful it was approved in my lifetime, but it is not for everyone. If I am sick, I need to stop my shots until I get better, as the immune system is so suppressed. There are cases when patients could not fight off illness (rare).

Dream21 in reply to Dream21

My Prednisone side effects were: severe shaking, so bad I had to stop the car until they passed (as it was not safe to drive), insomnia, very anxious with severe anxiety attacks, irritability (I was not a delightful person to be around at times) very low frustration level, but have been blessed with a very patient husband, racy thoughts, jittery, insides would shake, severe dizziness, lightheaded most of the time... my body did not handle well at all. Now I have numbness, fatigue, still have aches, and some dizziness, but not has severe.

Anyone else on Actemra for PMR?

approved for Actemra. Before adding Actemra, I couldn’t get below 10 mg pred daily (along with...

Has Actemra been helpful for PMR?

was diagnosed with PMR one year ago.

I have had a flare of PMR when I got down to 7 mg reducing by...

wondering if the Actemra will eventually kick in to relieve PMR symptoms . Today is shot 8 or 9....

guys, I have just started self injecting Actemra once a week as the drugs I started on have not...

Alendronic Acid - needed or not?