Hi, after having this all removed ^ Im 7 months past my Op yet at least 2/3 months of the times thats past I have been feeling period type back pain/cramp, when I look at my calendar it is bang on the dates my menses would have been due?

I was also notably ratty and hungrier, the vague imprint left of the stabbing mid cyclical ovulation pains can also be felt?! Many of these just like my pre op symptoms but no where near as intense of course in a pain ratio of like 1 post Op to 10 pre Op....

Is this possibly the endometrial cells left over from my Op?

I hear they "bleed" as they are cells of the womb which naturally shed at the T.O.M?

I am convinced they never get it all during surgery as even my surgeon said "not possible" due to risk of "organ perforation " ie to shave the bowel too heavily and possible perforate it - it was mainly extensively on my (of my kept organs) Bowel.

Its an interesting talking point on this forum? Yes?

I am on both hormones still, as in HRT combined patch for 1 year to cover endo regrowth.

I may post this on a few Forums on Health Unchecked as not necessarily all who have endometriosis have had a hysterectomy and its interesting.... 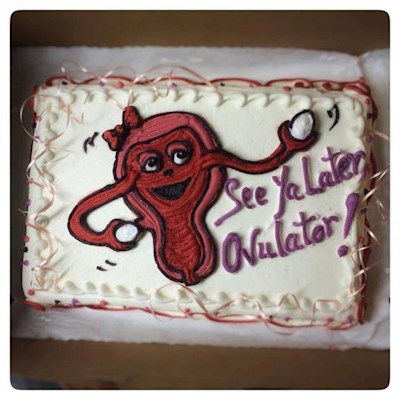 HellyLlewelly
To view profiles and participate in discussions please or .
Read more about...

not have the pain so they carried out endometrial ablation. That was 6 years ago. The pain never...

circle and ended up at The Pain Clinic. First of all I had a hysterectomy and double prolapse sorted

wants to remove my bladder. We can not get the pain under control and i am on a high dose of pain...

Best panty or panty liners for vulvodynia and pudendal neuralgia

neuralgia (PN) and vulvodynia. I have had a hysterectomy, so post-surgical menopause. I have tried...

Is this hypertonic pelvic dysfunction?

night and woke up with crushing lower back pain, ripping pain in my pelvis/lower abdomen and a...