Pleurisy & covid jab : Hi everyone, well after having... - NRAS

Hi everyone, well after having to abort my flu jab & put on antibiotics for a week for a chest infection, last Saturday developed a sharp pain in my back near my ribs on the left, at first I thought I might have bruised myself from coughing but knew I hadn't coughed that much and as the day went on it seemed to ease slightly, put it down to muscular but, by early evening it had come back just as bad.

Woke up Sunday & the pain had spread to my left side, Sunday was my last day of antibiotics so was hoping they would help & clear up my mouth ulcers, Monday the pain had spread around the front of my left side & was getting so much worse, couldn't sleep Monday night so popped in to see pharmacist, she said it could be a kidney infection & to phone gp, rang surgery yesterday & waited for a call back, in the meantime had a phonecall from covid vaccination centre to say I'd been approved for the third primary dose through the consultants emails & I could have it from today, explained I was waiting for a phonecall from gp so they said they'd ring back later 😯.

Gp rang & said I needed a f2f but not to have my metoject for 1 - 2 weeks as my immune system is obviously very low, I mentioned the covid jab & he said definitely not to have metoject to give the vaccine a better chance.

Covid Centre rang back & booked for tomorrow, saw gp this morning who's diagnosed pleurisy & possibly a cracked rib! On more antibiotics & morphine for the pain & advised against having covid jab for a couple of weeks!

Sods law been trying to get the vaccine sorted & the moment I do have to cancel 🙄 but I'm in so much pain at the moment, either can't sit for long or stand for long, I'm like a yo yo 🤣 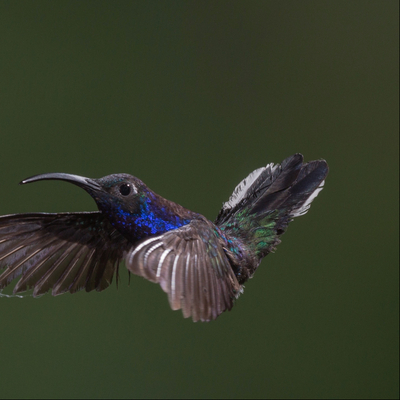 Garnacha
To view profiles and participate in discussions please or .
Read more about...
21 Replies
•

Flippin eck, you are in the wars.

Garnacha in reply to Marionfromhappydays

🤣😂🤣 thank you, if its not one thing its another! Guess most of us are like this with compromised immune systems 🙄 xx

Garnacha in reply to Neonkittie17

Neonkittie17 in reply to Garnacha

Pleurisy is a very painful condition, I hope you recover soon and reschedule your vaccination.

Garnacha in reply to Mmrr

Thank you, jeez it's so painful even worse today, start to think he's got it wrong but... Will have to wait & see if antibiotics kick in I guess x

Chest infections are catching. I had flu then developed a chest infection which got worse and I ended up in A&E on oxygen and a nebuliser. Finished my antibiotics but things got worse. Saw my gp yesterday severe chest infection stronger antibiotic and he said no work for 2 more weeks this will be 4 weeks off work and RA meds. At the moment RA doing ok as busy fighting an infection but I’m dreading the day my body realises no RA meds . I normally crippled after missing 3 days.

I can vouch for pleurisy being painful, you have my sympathy. The one thing that beat it for pain for me was a collapsed lung. This may not help if it's affecting both lungs but it might be worth trying for some respite from the pain… leaning into or actually lying on the affected side eased it a little for me. It's counterintuitive but anything is worth a try for some relief from lung pain. I hope the antibiotics clear it up soon & you can book your Covid jab, yet again. 😌

Thank you, yes I've read that lying on the painful side can help but it's too painful to do, I'm not totally convinced it is pleurisy, apart from the left side of my back, left side & front of left side hurting by my ribs, I can't bend my shoulders down eg when you need to wrap a towel around your hair, I get this excruciating pain at the front just under my rib cage.

Had a shower this morning but had to have some morphine first & was gagging in the shower with bile coming up, not sure if it was through the pain or the morphine, reluctant to have it again but will try later on, if the same thing happens I'm just going to take amitryptaline.

Horrible, I am sorry. It is more painful lying on your side initially but eases the longer you remain there, or it was for me should I say. If I was sitting I was nearly lying on my side if that makes sense? Funnily enough it was bending over the bath washing my hair that caused my second pneumothorax.

My h has the same thing with Oramorph, he just can't keep it down.

If you're unsure of diagnosis I’d either ask your GP to refer you for an X-ray or take yourself off to Urgent Care. I was sent straight from the Surgery to A&E.

Thank you, yes a few times I've thought I need to go to a & e, I mentioned that to the Dr.He did say if it starts to get worse ring them & to ring in a weeks time anyway, but as it's nearly the weekend maybe difficult to get hold of the gp, there used to be an out of hours service but haven't used this since long before covid so not sure how it works now . Xx

We have a walk-in clinic locally so if you do feel you need to use their services that's what they are there for, especially over weekends.

Ooh that's brilliant & such a good idea, wish our area had one although if we did I could envision people using it that could wait for a normal gp appointment. My son cut his head open (not for the first time) a few years ago on a Sunday evening, took him to a & e & it was packed, the notice was saying there was at least a 2 hour wait, the next thing a nurse came out & said waiting times were now 6 hours, couldn't believe the amount of people who got up & left, obviously nothing was that serious for them to be there, its so wrong how a few (or probably quite a lot) abuse the system putting additional unnecessary strain on the NHS x

It is well used but when we've had need of it doesn't seem to be abused. It is also well staffed so whilst the waiting rooms are busy you're not waiting too long. Unlike our nearest A&E, it's in a seaside town so you can imagine the footfall! Last time I had to go my GP, who was working in A&E that evening, sent me to Urgent Care & I was straight in as nobody waiting but when triaged I was upgraded to Emergency. Flipping standing room only & that was in the corridor. Got home at 5.30am. Your experience simply isn’t on though, as you say those who left mustn't have had much wrong with them. It must really bug the staff & doubtless does put unnecessary strain on them. Or, maybe they saw a few regular offenders & it's their way of smoking them out?! Just kidding. 😉

Wouldn’t it just! Some would say it's unethical but with the pressure they're under you wouldn't blame them!

So sorry to hear this must be awful for you. I’m in a similar position I’ve had a chest infection for months had four lots of antibiotics which haven’t shifted it at all. The last antibiotics I swear I will only take again if I’m a deaths door they were so awful. I’ve had to cancel my flu jab twice and covid once I’m already CEV due to being severely immuno compromised and it looks like I’m going to have to go back and face the docs again on Monday 🙄. This time think I’m going to ask for immunology input and have some bloods done because I dread to think what they’re doing. No meds for me at all for about 4 months now but unusually my joints are kind of behaving which sort of tells me I might be in trouble.

Garnacha in reply to Leics

Leics in reply to Garnacha

Thanks hope you feel better soon too.

ref diagnosis of pleurisy & having to cancel third primary covid vaccine. On Monday despite being...

anyone else had a reaction to the 3rd Covid jab?! Had the jab Friday (Pfizer, following 2 x...

antibody level now by catching COVID, whilst the vaccine protection I do have is still relatively...

a flare up following the Covid Vaccine. I had the Pfizer. The first jab just gave me a sore arm...

peeps. Have just booked online for my 4th Covid jab. I said ‘yes’ to receiving a letter from my GP/...