Is this lupus? : Hi everyone I was wondering if... - LUPUS UK 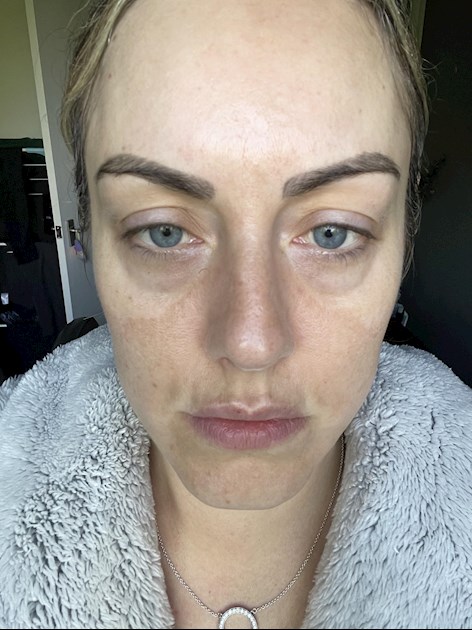 I was wondering if anyone could shed some light, I have this across my face and nose which I thought was pigmentation. It started last year, went to see a dermatologist who said it’s “red” I was quite surprised as it looks brown to me. I then proceeded with laser treatment and micro needling for 6 months. It started to look better. Then this year in March I became I’ll again, turns out I have Graves’ disease. Went to visit a beautician last month who pointed out its a red rash. My question is, does this look like Lupus ? Please excuse my look… thank you 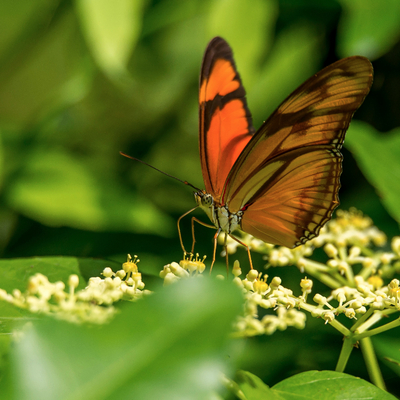 Mumms
To view profiles and participate in discussions please or .
14 Replies
•

Hello Mumms. Hard to know. Have you asked your GP for a referral to Rheumatologist? Only they can diagnose you properly with blood tests and clinical Signs of the disease. Graves’ disease also may have an effect on skin? Best, Titters

To me it’s definitely NOT red, more greyish brown.

To me your face looks pale and ashen?

You will need specialist blood tests for lupus.

You need to see preferably a consultant NHS endocrinologist who specialises in hormone disorders eg of the thyroid.

Post the photo to the thyroid disorder community as well! Try this fromThyroid U.K.:

Thank you for your feedback

I am with a endocrinologist, unfortunately I won’t see her again until November. She is with the nhs, getting to see her is difficult

I just wanted to check, and also thought it was to do with my graves, just can’t seem to get he answers from them. I found out only last Thursday I have graves so it’s all new to me

Did the dermatologist say it was an issue with pigmentation and to get laser treatment? If so, she was not thinking lupus.

Graves is an autoimmune disease, though. If you get other symptoms like joint pain, fatigue, new rashes, see your GP.

Mumms in reply to KayHimm

Hi thanks for your reply

I had some acne scarring so we did the laser treatment because of that. She just said I have redness across the nose and cheeks

Photo with some light

An excellent summary for Grave’s disease is given here:en.wikipedia.org/wiki/Grave...

I would very seriously suggest ask your GP to see If he can hurry upyour appointment to deal with your Graves’ disease.

from…. You will probably need to be prescribed medication,& only

a doctor can do that.

Mumms in reply to AgedCrone

I have been with a endocrinologist for 4.5 years, my dad spotted a lump in my throat

At the time it was just the lump and multi nodules, have been having blood tests since, I was told I was slightly overactive but they decided not to medicate me.

Last year my levels went over again in June, no meds again. Then I started to have problems with my heart, so they decided to give me medication but only 5mg of carbamazole, then in august I was still slightly over and they upped to 10mg.

January this year I went in for esp with ablation on my heart, couldn’t do ablation as heart was not what what they expected. Turns out I have multi focal atrial tachycardia. Cardiologist and endocrinologist said not related to thyroid.

My levels have been in range up until April this year. When I had a emergency scan on neck as it felt bigger, turns out it’s now 5cm big and changed shape, and blood test show graves from April

I have been medicated a year, told it’s not causing me problems, and now they have admitted it’s related to heart. I also have problems with my knees, hips, arms and shoulders, change in menstrual period, eyes (which I am now being refers to eye doctor for), And facial skin problems.

This year I have also had problems with digestive system, vomiting blood, diarrhoea and after endoscopy and sigmonoscopy they found nothing, I have a abdomen and pelvic scan next week, which I am sure they will find nothing as I believe it’s all to do with thyroid (except the vomiting blood) which I don’t believe I will ever know

I am having a thyroid removal, but not until after they do my heart at the end of June.

I feel the thyroid has caused me many problems, but because of the pandemic and the yearly face to face appointments with endocrinologist, it has not been spotted. I have spoken to gps about all these symptoms, but they go only on blood tests. Blood test have been coming back fine, and they only blood test for thyroid every two months, and refuse to do more. The only other time they did bloods was when I vomited blood and had to have blood transfusions.

I find doctors and hospitals difficult to deal with, they even referred me for counselling because I was crying to them about all my health issues, I dare go back and ask for help as they leave it all to endocrinologist who is difficult to get in touch with. The doctor writes to them and then send back there findings which has been nothing up til now, my endocrinologist has said my graves is nothing to do with change in periods , and nothing to do with the change in bowls. Yet my doctor says it is! He sent why I don’t want to see gp about my facial skin difference because I know they won’t have answers and neither will endo

Sorry for long reply, and thank you again for your response

AgedCrone in reply to Mumms

Oh dear you have been on a journey haven’t you? Let’s hope when you get your cardiac treatment next month…things will become clearer.

I know what you mean about having real symptoms…but all the tests come back normal…..it seems to be quite usual with auto immune diseases.

Mumms in reply to AgedCrone

I agree, difficult to diagnose and I am sure many others as well as myself find it effects the mental health. I felt like I was going mad, but thankfully I now have a diagnosis and there taking steps to fix it

Thank you aged crone for your help

Hi I have Lupus and my main indicator to a flair is indeed the butterfly rash across my cheeks and nose. It’s always quite red. I would definitely stick with medical advice . Good Luck !!

Have you sent this photo to your GP ?Have you had an ANA (Anti-Nuclear Antibodies) blood test?

Folk can have more than one auto-immune condition.

Graves’ disease is linked to thyroid problems along with diarrhoea but can a high percentage of individuals with Graves Disease have Cardiovascular problems. I do hope you get to be seen before November and you can be seen quicker if you contact the medical secretary of the Endocrinology clinic. Call and they are generally good at giving emergency appointments, it may not be the same week but usually they squeeze you in. I have done this myself multiple times when I’ve had a lupus flare up either with Dermatology or the Lupus clinic/ Rheumatology. Photographic evidence with good lighting is always key to show them. Wishing you the best!

I had been getting treated for lupus, raynards, syrogrenes, malar rash and other things by my rhumy...

SLE I have now been diagnosed now with cancer. My Lupus skin issues have gotten progressively...

I was diagnosed with Lupus 15 years ago from complaining of chronic fatigue! My blood tests...

the butterfly rash across my face when I have a temperature, but I have a permanent rash on my...

to this site,i myself do not have lupus but my beautiful mother who i lost recently was diagnosed...