I just wanted to share some good news. My recent scans have come back all clear again! I had an MRI head and paid for a private PET scan for body.

I was originally diagnosed in 2014 , aged 43, and was told it was incurable, inoperable and terminal. Since then I have had four rounds of chemo (Cisplatin, Pemetrexed) followed by radical radiotherapy to chest and neck. I then amazingly became eligible for surgery and had a right upper lobectomy in summer 2015.

My scans were then all clear until November 2017 when a malignant node was found in my neck. I had a complete neck dissection followed by radiotherapy to the area. My scans have now been clear since finishing this treatment in March last year.

The only systemic treatment I have had is the original chemo in 2014 and my oncologist is hopeful that the recurrence in my neck may have always been there as it is in the original treatment field - this would still give me the hope that it wasn’t spread but just a node that didn’t get fully blasted the first time round.

I thought I would post to give newly diagnosed people some good news and hope. There are many more treatments coming available for people with lung cancer now as well so hopefully the survival rates will continue to improve.

With love and best wishes to you all 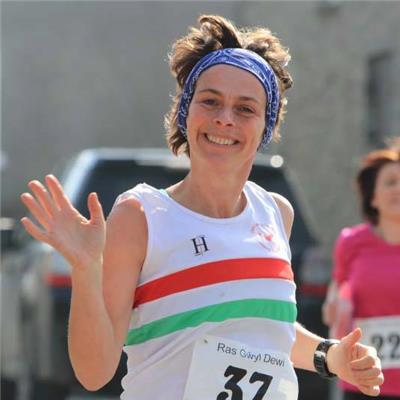 Janey_H
To view profiles and participate in discussions please or .
Read more about...
33 Replies
•

Thank you for sharing your encouraging story which will be so valuable for others to read. Hope you continue to feel well and defy all the odds.

All the very best

Wonderful news JaneyH! Cheered me up!

Fabulous news - love such positive posts long may it continue 👏👏💕

Great news. Wishing you all the best xx

That’s great news! Thank you very much for sharing it, which as you say also gives hope to others. So very pleased for you. Love and best wishes x🌻

Fantastic news. So encouraging I am so pleased for you. Although I have been clear since 2017 after having a right upper lobectomy I have thought about having a PET scan as I have not had a body scan since that date. Do you have a rough idea of cost and how to secure this? There is bound to be several avenues to achieve this with some better than others.

The PET scan that I have is an eye watering £1350. Having said that I think it is money well spent as it picked up my neck node which would have been missed on CT - and if I had waited another six months for the next scan it may not have been operable.

My oncologist is happy to refer me for PET scans as and when I want them. My routine scans on NHS would be MRI head and CT body every six months at the moment - so he refers for self funded PET instead of the CT if I ask.

You may need to travel a bit further as not every hospital will have a PET machine.

It is really heartening to hear your story. There really is far more hope these days. I was diagnosed with lung cancer in 2017, after an op, chemo and radiotherapy my scans have been clear so far. They then spotted 5 brain tumours last year which have all been treated via Cyberknife radio and so far these are all disappearing and there is no nasty activity going on. So far so good! Amazing treatments and plenty to hope for. The trick is catching it soon enough.

Pleased to hear you are doing well. Wishing you many years of good scans and good health x

Thanks for sharing Janey - your story gives so much hope and shows how much is changing in terms of diagnostics, early detection and treatment. As your experience demonstrates, earlier detection seems to be key to this. hope you've celebrated and are enjoying your life with renewed vigour... thanks again x

Great news for you and yours.

I had been thinking about you and not heard from awhile and now I know why!

Really pleased for you. Take the bull by the horns and steam ahead with all you wanted to do on this planet.

Should I need to I will take a leaf out of your book!

Lovely to hear from you - hope you are doing okay. Lots of love xx

What a heroic path you're traveling! Thank you for sharing it to give those of us just beginning our journeys much hope. I had a right middle lobectomy for an adenocarcinoma just over two weeks ago. Now onc wants to pursue three nodules that remain; two in the right lung & one in the left. I'm scared of chemo yet think that's what they'll recommend. Your story inspires me to gather up all the strength I can to proceed with whatever awaits me. Thanks & all the best.

Janey_H in reply to Lyubov

That is really good news Janey ,you must be feeling relieved wishing you well for the future and hopefully all those cancer cells are now on the run. Best wishes to you and yours Diane x

Thanks very much Diane - yes was a big relief! Hope you are doing okay xx

A really happy post. Great to hear this x

Hi Janey Really glad to hear the success story of your treatment. I am just asking for a chance to have surgery. Would it be possible to let me know which surgeon operated on you and at which hospital? Just in case I have trouble finding one willing to do it.

Yes of course - my surgeon was a lady called Miss Kornecheski (May have spelt that slightly wrong!) and she did the op at Heath Hospital in Cardiff.

All the best to you and hope things go well for you. I have just had clear scan results again so am continuing to ride the wave of good fortune!

Link above shows how her name is correctly spelt!! Xx

many thanks for sending this through. just wondered how if all the lymph nodes in the chest were removed in surgery ? Also how long was the operation and was much blood lost in the process? Did they say there was a chance the surgery would make the cancer worse?

There was no mention it may make the cancer worse (and my surgery was 2015 and I have been clear since - aside from removal of a neck node / radio to that).

The surgeon removed the lymph nodes affected in my chest (mediastinal) and right upper lobe. Don’t think there was large blood loss as was done through keyhole and think, from memory, it took around 5 hours.

Recovery was quick due to keyhole. The op was on a Weds and I was discharged on the sat.

Hi did your tumour run through an artery and nerve. Was it at the top near the windpipe by any chance ? As mine is inoperable but in remission I go for a check up today x

Good luck with your appointment today. My main tumour was in top corner of the top lobe so away from the windpipe and wasn’t running through artery or nerve.

and have had chemo, radiotherapy and then had a lobectomy in June 2015. I have had no treatment...

consultant did an early scan to see what had happened (5 days after radiotherapy) he said it was...

symptoms appearing to ease during chemo be a good sign? She’s had a nagging cough which has eased...

sessions of radiotherapy and then in June 2015 had a lobectomy.  I have had clear scans since then....

has NSCLC in one lung. Following an intense course of radiotherapy and a Ct scan the results show...