Over the last 12 years I've been suffering with several issues. Periods for up too three months at a time, heavy and full of clots. Constant fatigue which some times makes me dizzy(when I'm on my period). Bloating, ibs like symptoms, sharp pain under ribs. Pelvic pain which goes from dull and achy. Pain when having sex, pain during smears, pain and uncomfortableness when trying to use tampons. (I can now no longer use them, last 3 years)

I've been tested for food allergies, bloods (which have been low and I've been given iron and folic acid) and had a transvaginal scan 3 years ago which showed no problems.

Two weeks ago I had a diagnostic lap which came back all clear, they checked my tubes, ovaries, pelvic walls and uterus which was all clear, no endometriosis found so now I've been discharged with no further referal.

I'm at a loss, upset and feel crazy. Any advice on what to do? 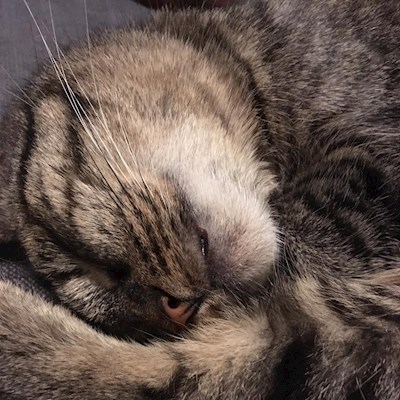 Vegechi
To view profiles and participate in discussions please or .
Read more about...
12 Replies
•

I'm so sorry to hear that was it a specialist that did your surgery? I had a diagnostic lap in 2011 and nothing was seen by a gyni then in 2016 I was rushed in to get my appendix out and it turned out not to be my appendix it was an endometrioma that had burst and my abdomen was full of blood and the gyni that came to see me said it probably was there at my original lap they surgeon just didn't see it 😡😡😡. I went private to a specialist to get mine removed. I really hope you get to the bottom of it there is nothing worse than being in constant pain x

Thanks for your comment :). It wasnt a specialist, just regular gyni. Sounds like you've really been through it

what happened after your first lap? Did they offer you any help?

No after my first lap my GP put it down to IBS so I was on meds for that for the next good few years and then we had trouble conceiving and had to go through a failed IVF cycle when I found out I had an endometrioma then what was suspected appendicitis turned out to be my cyst bursting and my endo was discovered. They said it was minimal and shouldn't affect next IVF cycle so didn't touch it but all the drugs made it much worse so I went private to have it removed and then fell pregnant naturally. My wee one is nearly 1 and I've been in pain again for the past 6 months so it's back again x

I'm so sorry you had to go through all of that :(. I'm glad that you got some slight relief and were blessed with a little angel :). My gnyi keeps telling me it's ibs, but deep down I feel it's not the case as it doesn't explain the other symptoms. My last appointment before the lap my gyni said some woman have explained pain and theres nothing can be done. I will keep trying. Everything they suggest and keep trying for answers. X

That's utter shite if your in pain something is causing it. It's good your lap was clear but doesn't mean there isn't something there. Keep pushing them I'm assuming they have done all the blood tests etc so ruled out hormone imbalance and pcos? X

That's how i felt, I was shocked when I told one Doctor I've been on my period three months and she said 'and what do you want'. I was also advised to try lube by the doctor istead of them investigating why sex was painful.

I've had regular bloods, but they've not said they are looking at anything in particular.

At my second referal in 2017 the doctor said it was a hormone imbalance and put me on Prostrap for nine months. This made my hair fall out, I gained a stone I'm weight and had terrible night sweats.

Sorry to hear this. I would recommend your doctor referring you to a BSGE centre and having a lap with an endometriosis specialist, it’s quite often missed by general gynaecologists. Also it could be Adenomyosis, endometriosis’ ugly cousin. That can’t be picked up during a lap as it’s inside your uterus and causes long heavy periods and clots plus a lot of other Endo like symptoms. It can occasionally be picked up on an MRI.

Keep pushing and don’t let them brush you off, you know your body better than anyone.

Vegechi in reply to Char411

it's so helpful to speak to people who understand and believe. Thank you for the advice will seek a specialist xx

I'd second what the others are saying. Speak to a specialist. Maybe pay for a private consultation if you can to discuss things with them. I had years of my symptoms attributed to IBS then a negative laparoscopy in 2010 by a general gynecology registrar who discharged me with no follow up from the surgery. I had a laparoscopy by a specialist last year who found deep endometriosis in my US ligament. I wish I'd had an idea what it was years ago but I didn't know anything about endometriosis else I'd have pushed for some answers.

It's the uterosacral ligament, runs between your womb and your back.

Make sure you see a specialist because they know all the places endo can hide and are familiar with the diverse symptoms it causes. US ligament endometriosis is known to cause IBS issues as it's close to the large intestine I've supsequently found out. For me it was like finding the piece that made sense of the jigsaw. It linked all my symptoms together. Hope you get your answers soon!

Thank you, that makes alot of sense. I meant to say above I'll look into a specialist (not surgery). I suffer alot with the ibs symptoms but I know it just can't be that as the others sypmtoms don't make sense.

Thank you for all you advice, I feel abit more prepared going forward. :). Xx

a few a years typically endo symptoms. Along with pain I was getting Diarrhea around period and...

making the pain up and I know this... I have been struggling for so many years and have been in and...

cervical ectropion and my pains in my back, blood in stools and pelvic pain is probably just IBS...

background info for you all, I've had Symptoms of Endometriosis since 13, I'm 25 now. Been on birth...

Laparoscopy tomorrow - scared it will come back negative

several symptoms with period like pain and cramps with bowel movements, heavy periods, pain with...